Back to the Philippines for a day....we have been there before.

The Abu Sayyaf Group (ASG) has, like all good terrorist organizations and like Osama bin Laden, miraculously managed to beat all odds and evade capture for years on end. 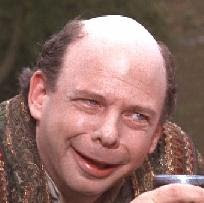 Despite the neutralization of some of its key leaders and with only a few hundred remaining members, the Al Qaeda-linked Abu Sayyaf Group (ASG) is not yet a spent force, said an armed forces general who also cited the need for the government to re-examine its policy and strategy in dealing with the problem....

According to Brig. Gen. Francisco Cruz Jr., AFP Civil Relations Service (CRS) commander, the bandit group has “skillfully used the media to gain domestic and international attention, and to force the government to negotiate.”

Also, this is an ideological problem.

In his report, “Defeating Abu Sayyaf: The Strong and Urgent Need for an Ideological Response,” Cruz took a deeper look at the ASG and Muslim extremist problem and suggested that the government attack it not just by force and deterrence alone but to add in its arsenal an ideological response as an integral part in its strategy. “A military-based response is not enough to destroy Abu Sayyaf and other Muslim extremist groups in the country. It would need a comprehensive approach to confront an enemy whose roots have political, social, economic and psychological dimensions, and whose ties with Al-Qaeda and Jemaah Islamiyah have not been cut off,” read part of Cruz’s analysis. He explained that a glaring weakness in the policy and strategy in defeating terrorism is the “absence of an ideological response or a deliberate effort to contend with the radical/extremist ideology that drives recruitment, promotes hatred, and propels terrorist recruits to engage in violence.”

This is remarkably similar thinking expressed in a 6/15/10 op ed by the loathsome Joe Lieberman, which Brother Nathanael unpacks here.  Lieberman also argues that we are at war against an ideology, not an organization. Therefore the war can never end. See? So simples.

And so very conveniently, the Abu Sayyaf group comes from the same ideological tree as Al Qaeda and Jemaah Islamiyah.


^^^^^^^
The CIA infiltrated the Philippines long ago.

And legend has it that there's some long-lost buried treasure of gold in the Philippines. That would sure come in handy let's say if there was suddenly some need for a new gold-standard currency.

And on June 30th, the Philippines will inaugurate a new president, Benigno "Noynoy" Aquino III, the only son of martyred opposition Sen. Benigno Aquino Jr. and former President Corazon Aquino.


During the campaign and after the election he became one of the harshest critics of President Gloria Macapagal-Arroyo, whose nine years in office have been hounded by allegations of graft and corruption. He has pledged to create a commission that will look into these allegations. He will also have to deal with communist and Muslim insurgents, significant social unrest, and an unstable political environment. 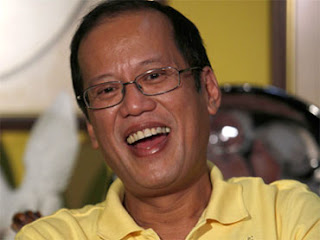 
ZAMBOANGA CITY, Philippines—An organized kidnap-for-ransom group with ties to “rogue” members of the Moro Islamic Liberation Front was most likely behind recent kidnappings in the Zamboanga area, the military said Saturday. Lt. Gen. Ben Dolorfino, Western Mindanao Command chief, said with this theory, they have ruled out the Abu Sayyaf as being responsible for the recent abductions here – including that of Swiss-Filipino Charlie Rieth on April 4. 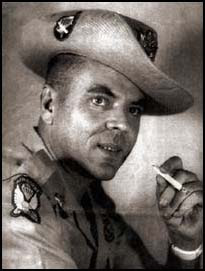 The loss of the bases in the Philippines was a tremendous blow to the CIA's Asian infrastructure, if not a major setback. From the mid-50s, the US bases in the Philippines served as operational headquarters for "Operation Brotherhood" which operated in Indochina under the direct supervision of the CIA's Col. Edward Lansdale and Lucien Conien, and it involved several Filipinos who were recruited and trained by the CIA. Lansdale was the classic CIA operative in Southeast Asia who was romanticized in Graham Greene's novel, The Quiet American. Lansdale was even appointed by former President Ramon Magsaysay as his "military adviser" but was, in fact, his speechwriter as well, who determined Magsaysay's foreign and military policy. So successful was the CIA in pulling the strings thru Lansdale that in 1954, a high-level US committee reported that, "American policy in Southeast Asia was most effectively represented in the Philippines, where any expanded program of Western influence may best be launched."

Because of course, the US does not have any more bases in the Philippines. However, the US military does still have a presence in the Philippines, specifically for the purpose of crushing the Abu Sayyaf, which, surprising us no end (wink wink wink), they have not been able to do all this time.