do we care about children?

Do rabbis care about children or power?

"But there is such a concept in Jewish laws...and under very, very specific circumstances, according to various rabbinic opinions, it would be seemingly permissable to kill children."
~ via SOTT

Do cardinals care about children or power?

"It might be better to wait for a date in the next year, when he is due to resign. I don't know if there will be much to gain from making a lot of noise about this, neither for you nor for him." ~ Cardinal Danneels

Do judges care about children or power?

WINNIPEG - A prominent Winnipeg judge and her lawyer husband are at the centre of a lurid sex scandal, accused of harassing a black client to have sex with her....An ad posted on darkcavern.com at the time and purported to have been written by King [judge's husband - ed.] reads: "Make her a slut for total black domination, from public display to large group f---ed by gangs of young black men." The ad featured several nude pictures of Douglas. King e-mailed him numerous nude pictures of Douglas, including domination poses and sex toys and oral sex acts, Chapman said.

Bibi puts on his best peace face as he "negotiates" with Abbas, who doesn't actually represent the Palestinians 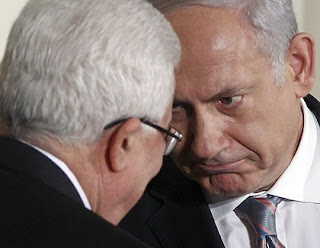 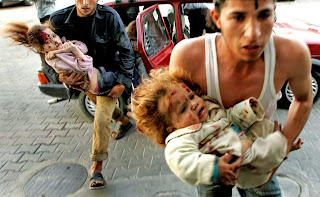 
"A key feature of Complex PTSD is the aspect of captivity.
The individual experiencing trauma by degree is unable to escape the situation."

Do we care about children or power?

the harm to children reverberates in the space that connects the society of normal people. it rips a hole in that divine space of creativity, of spirit, of love that normal people all share in their natural empathy which the media constantly tries to beat out of us with their steady stream of desensitizing violence and porn. and it hurts. you don't have to know the people to feel their pain you can imagine it you can empathize, you understand. words are not necessary when you can feel these things, and it's normal to feel these things. it's universal. it's totally normal to want to rip somebody's jugular out with your bare hands if they hurt a child. that's normal. people don't need to apologize for those feelings, those raw instincts. it helps us survive. even wild animals like elephants instinctively put their young in the middle of a circle when predators approach. so what is to apologize for? are we not also created with everything necessary for survival, plus more? damn straight. we're supposed to be this way, we were made this way and don't let anyone tell you otherwise. (guerrilla warfare) 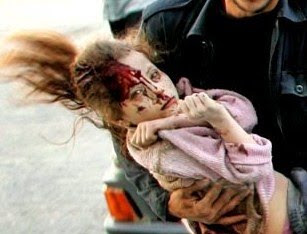 Casa Pia verdict in. A bit of a cover-up?

I think this is one of the most emotive and sensitive of all subjects we discuss. This really separates the humans from the ghouls. If nothing else the ability to make the discussion of this monstrous predation disappear illustrates in mile-high neon lights the evil of the ruling elites.

Aangirfan is correct. The few that were on trial will remain free on bail while they appeal. The appearance of due legal process has been served - go back to sleep everyone – go back to sleep.

I know from a case close to my social circle that the police in Britain will not even examine a case where the victim is under 4. I am personally a fan of Drasius Kedys. Evil must be fought and not plea bargained.

Top post, AP. The war on children, as you so well point out, knows no borders - religious or otherwise


"Evil must be fought and not plea bargained."

Bully Online is a great resource, AP. The page linked has some of the best info on PTSD I've come across. It also mentions Complex PTSD. It is actually worse for children than the author describes. This term is most often used to describe people, who as children, were subjected to prolonged trauma. This alters children's neurological development so that the ptsd can't be treated in terms of cure in later life unlike cases contracted in adulthood. So it becomes a lifelong condition (though it can be managed).

The Palestinians in Gaza and the West Bank, for instance, have suffered this for generations now and every bomb going off somewhere, every car backfire in the street, even every dinner plate dropped on the kitchen floor, would trigger a PTSD reaction reliving instantaneously multiple past traumas in the large majority, if not all, of the Palestinians.

They are living in an ongoing nightmare. And it will persist till there is a generation born after the political demise of the Zionist regime in their land.

I do believe in God. If they are not brought to justice in this world these animals will be in the next.

"A child is born with a heart of gold. The way of the world makes his heart so cold."

however, God can work with anything so all hope is not lost. some of these children survive and grow up to become evil's most formidable foes.

The one thing that astounds me is the resilience of the Palestinian people. How they have not all gone stark raving mad is beyond me.

I remember back in the late sixties and early seventies when I was stationed in South East Asia. Whist the situation for the Vietnamese was bad on both sides at least they were united in one commonality and that was that both the north and south wanted us out and they KNEW that it was just a matter of time before we would be FORCED to leave. I still think that was the one thing that kept them sane.

In the case of the Palestinians
I'm not so sure, the situation is different, it's much worse and sadly I don't see much hope for them. The Jews will not quit until they have stolen Gaza and all of Palestine. The world will wring it's hands for a few short weeks and then will move on and the Jews will move on towards the next criminality. Thats the way it is and thats the way that it will be.

The better-off children get desensitized via vid-games , writ-massive on-screen 3D justifiable vengeance movies and TV so less able to empatnise with the conditions people suffer.

Guess that's why they called it WORLD OF WARCRAFT.

Fine piece of work. As always.

Yesterday I saw that photo of Bibi and MooMoo in the paper and showed it to my non political 90 year old mother. I asked her, "Do these men look like this is a serious photo of them?"

She said "No, they look like your brothers when they were little and playing the game 'who could make the maddest face.'"

The image is just as fake as the whole process they are putting before the world. Meanwhile, Bibi and Bama are most likely storing up MooMoo with arms and strategies to bring down Hamas.

Please, if you can find the time, read my post today. It is the speech of a Jewish mother to the European Parliament and is, I believe, one of the most potent speeches to come out of an Israeli in many many years.

i was just reading your post. i feel for her. i think the jews are the most trapped of all, and it must be awful for someone sentient.

and it is a mind virus. i think that is the best way to describe the sickness pervading the earth.

thanks for coming by Noor.

Oooops I am back... One thing about the constant violence that is around.... it is the stated intention of the Zionists to drive the Palestinians to such madness that they do something that is serious enough for them to wage an even more nihilistic attack upon them and, as they always do after such baiting their victims, turn to the world and scream, "we had to defend ourselves."

absolutely. it is part of psychological warfare to push people beyond all limits. when they finally snap they are "crazy."