Efraim has left the building 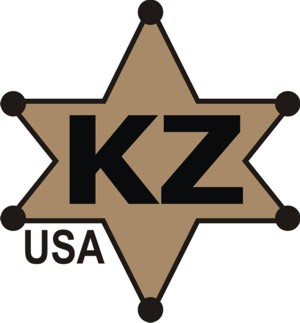 Where could he have gone?

Concentrate now. Here are some clues...names and logos from the Diveroli family businesses: Botach Defense/Botach Tactical and Kley Zion.

But remember, it's rude to notice that any of this unfortunate scandal might have anything whatsoever to do with Israel. Therefore, your corporate media outlets will tread very gingerly around this story. They will dispose of the whole thing just as soon as possible.

As I said a few days ago, this is a story about networking. As someone who really does not like to network and will do just about anything to avoid it, I understand that Efraim networks. More than that, he was born into an existing network of wealth and privilege. People with money already have a network, and people who want to make money network, and that's how AEY landed a $300M contract. Very occasionally a person will just get discovered, but usually that happens to people with some unusual talent. Efraim is no Charlotte Church -- he was taken care of by people. So the real story lies in his network whether they be contractors in the US Government, the military, his family, Israel, etc. Who are they, and how do they know each other?

That's where the story gets very interesting. There are many tidbits to savor and confirm, like this one:

How do they afford it? The Botachs own much of downtown Los Angeles. They live under the radar in the modest Pico-Robertson neighborhood. They send their kids to Hillel and YULA and get scholarships because of their large families. No one dreams of the vast amounts of money this family accumulated. Yoav (Shmuley Boteach’s father) is the largest owner of warehouses in California. Rumored to be Israelis, their roots are Iranian.

The Botach roots are Iranian? OK, well, that could be important. As could be the rumors that the Diverolis are in the ecstasy business. And another thing, why did Efraim need a family member to post his $1000 bail if he makes so much money? Or is that just the equivalent of us working stiffs buying a round of Buds down at the bar? And who does this family know over at Banc of America Investment Services in Miami?

A relative paid Mr. Diveroli’s $1,000 bail as his bid for the Afghan contract was in its final review.

To be accepted, the company had to be, in Army parlance, “a responsible contractor,” which required an examination of its financial soundness, transport capabilities, past performance and compliance with the law and government contracting regulations.

The week after a relative paid his bail, the Banc of America Investment Services in Miami provided Mr. Diveroli a letter certifying that his company had cash on hand to begin buying munitions on a large scale. It said AEY had $5,469,668.95 in an account.

I think the original NYT reporters did a great job, but you know they can't go past a certain bright line. In fact, I'm pretty amazed this story got through the firewall at all. These other questions will be answered in the blogosphere if anyplace, where people don't have corporate minders to suck all the juice out of the story.
Posted by A. Peasant at 12:55 PM