A body on a stretcher. Is that Sandy Hook school? A comparison of the windows, brick and shrubbery in the background  -- it could be. It would be nice to know who the people are in these pics, including the one on the stretcher.

OK, we are unable to download and upload those pics to TB, but you go and look at the letsrollforum link. There are shadows of tree branches all over the parking lot and school. OR, these are tree branches in front of the camera lens. OR, possibly there is some photo-shopping involved.


Here is an arial pic of Sandy Hook Elementary School. 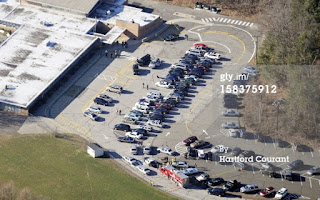 In this photo here, from a Time article, shows a tree close to the school entrance. It would have to be about where the red car is in the photo above. 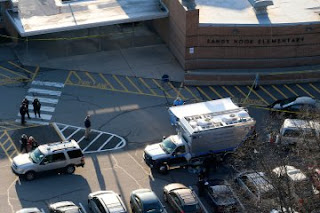 So, there seems to be TWO locations. A real Sandy Hook Elementary School, and a mock up.

Even if the shadows are not shadows, but tree branches in front of the camera lens, how does this tree in the above pic figure? From what vantage point could that photo have been taken to account for that tree?


Also, where is the STOP sign that shows in the night photos?

We keep looking at this Sandy Hook thing, and in the end, we think it's about humiliation. The social engineers are telling us, very clearly, that they can do whatever the hell they want, and the American people will be either too hypnotized to notice, OR, too powerless to do anything about it. It's very, very blatant.

It's as if they put all those mistakes there on purpose, so we can study it.

"....And while you're studying that reality—judiciously, as you will—we'll act again, creating other new realities, which you can study too, and that's how things will sort out. We're history's actors…and you, all of you, will be left to just study what we do." ~ Karl Rove

To quote nobody, Can you dig it?

And this is probably why they are on a Sandy kick. Because Sandy is a nickname for Cassandra. And Cassandra suffered a humiliating condition where she could see the future, but no one ever believed her.


Sandy is short for Cassandra. Cassandra Cain featured in Episode 119 of Batman.
Cassandra is a figure from Greek Mythology. In the Greek Pantheon of Gods she was a Goddess of almost unparalleled beauty who foresaw the destruction of Troy and is remembered in myth for striving in vain to warn the inhabitants of their forthcoming demise. Tragically none of the Trojans believed her warnings. 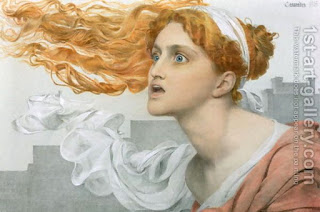 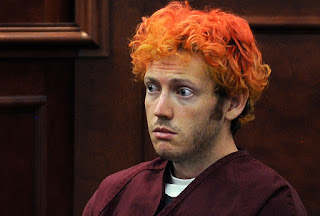 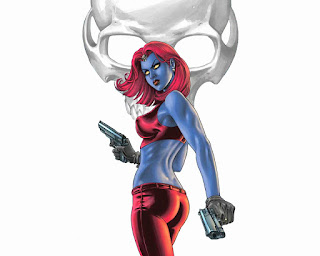 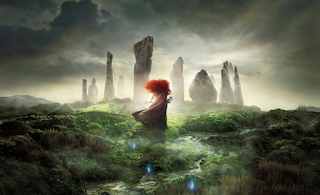 One for the children.

Aside from the overt gun control agenda, the covert agenda is the gatekeeping of perceptions of the event itself. Teevee and print, neck deep in the narrative. No surprise there. Online discussion about assassination teams, kidnappings, Satanism, predictive programming -- all happening. No surprise there either. Although we note some online gatekeeping around the question of whether anyone died there at all.

For example, over in the Ron Paul community (not linking to it), someone said this of my last post:

"That's pretty sick. Your first link [to the post "missing"] is faulting the media for not inundating us with graphic images of the deceased? If my child were murdered, I would not want the world looking at his mangled, bloody body."

Hmm. Did we ask to be "inundated with graphic images of the deceased?" Don't think so. Just looking for ANY crime scene photos, showing any evidence that things went down as we were told. Damage to the school, blood stains, covered bodies on stretchers...? It's not really that difficult a concept.

Is the person at RP a) too lazy to read the post, or b) too obtuse to understand it, or c) a gatekeeper, claiming the moral high ground by misrepresenting what we wrote? We think it is probably c. We think people like this are very likely on the payroll, paid to employ the Delphi Technique and the Alinsky Method at every opportunity.

And why would such a person be at RP's forum? Well, funny thing. RP is the garbage man for the banksters. We called that out a year ago with James. The post pony business was about RP and his failure to explain important details of his financial plan. See James' post linked within, and the comments where James had to deal extensively with a shill from the RP community, unpacking all the nuts and bolts of a viable monetary system, and why RP failed at that. Also, a lot of patriotic people gathered around RP, but we think they were hoodwinked. We think there are a lot of fake patriots gathered in such places also, who use the Delphi Technique and the Alinsky Method, things they learn in spook school, and who wave the moral flag of patriotism higher than anyone. Perhaps like this guy, aka our recent troll, who looks to be this guy. Notice the connection to APFN.org, American Patriot Friends Network, which if you go over there you will find lots of support for... you guessed it... Ron Paul.

To be clear, RP is closely allied to the patriot movement, which has long been infiltrated by spooks. There is a good reason for that. It is because the patriot movement has from the beginning been well armed, and actually dangerous to the banksters.

The patriot movement, or the citizen militia movement, began after the S&L scandal of the 80s. Farmers, who had been screwed by banksters, started to organize. Way before the internet, before the waters got all muddy, they understood the problem. Here is some history.

The movement was immediately infiltrated and monitored by the FBI and the SPLC. Radicalized, factionalized, fitted up with religious whack jobs and patsies like Tim McVeigh, and run/destroyed from within by people like Andreas Strassmeir and Robert Millar. 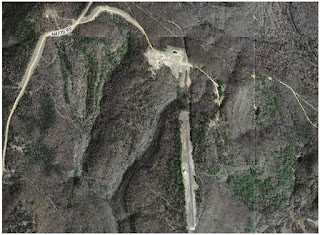 The bankers knew they had a problem, and they dealt with it using spooks. Sorry to say, but patriotically minded armed people, like the farmers who felt disenfranchised back in the 80s, military types, etc., by definition provide prime stomping grounds for spooks. And how easy is it for spooks to infiltrate forums on the web, where people organize? It couldn't be easier. They just go around making their own websites to peddle disinfo, with their own people patrolling the comments, and they can also troll other people's websites to disrupt progress wherever it may be happening.

But since we were talking about photos, and the spectacular way that not one useful evidence photo came out of that Sandy Hook event, despite people having cell phones and the school's security system, reporters and police everywhere, etc., hey we were wondering how did that photo of Ronald Poppo's ripped-off face get leaked a few months back? Remember that? Someone had access to him at hospital, like perfect access right over his stretcher and took that photo and leaked it. Quickly. We bet no one ever got in trouble for leaking that gruesome photo since it was so helpful to the narrative about the bath salts and the general fear mongering about zombies. In the same way, strange how that Robbie Parker video got leaked and  remains on youtube where countless people can see him laughing and preparing to read his cue card. So damaging we would think that it would have "violated" one of youtube's policies by now. But no. Odd.

Maybe that was leaked on purpose too, complete with the smirking approach. Leaked along with all the other "mistakes," that no one on teevee will ever discuss, so that we can study them online, judiciously, while they go off to create the next reality. 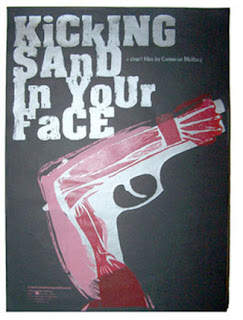 We don't know what the next reality might be, but, uh, heads up to the patriot movement, which has been woven completely into the dialectic.
Posted by A. Peasant at 10:36 AM 164 comments: