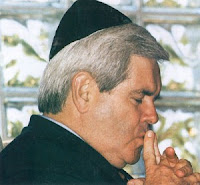 "Upon receiving a record amount of $13 million from Adelson – the latest installment was a check for $5 million from Miriam Adelson, his Israeli-born wife – Newt the Historian woke up one morning to discover that there are no Palestinians – only a horde of drooling Orcs trespassing on Israeli land." 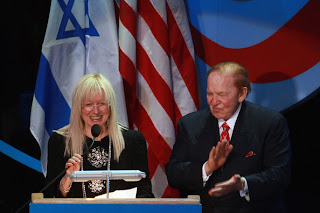 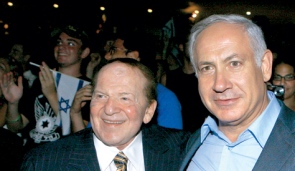 "Not surprisingly, Gingrich’s favorite Israeli leader is Prime Minister Benjamin Netanyahu, who he sees as a “personal friend” ever since they first met in the 1980’s, when Netanyahu served as Israel’s ambassador to the U.N. “I have a warm spot in my heart for Bibi,” Gingrich said, “I like him a great deal.”
Jewish Daily Forward, 12/9/11

We saw Newtie on CNN this morning and he said he had something like 173,000 supporters. Maybe he rounded that up. Maybe we are off a hundred thousand. Not sure. But he was talking populist-type supporters, people who wrote him smallish checks for under $2000.

That's not a lot of people in a country of, what, 310 million people? He's got the equivalent support of one small American city. How the hell can he run for president then? Well then he has SHELDON and MIRIAM, and that makes it all work, so that he can go on teevee, on CNN, and be taken seriously as a candidate.

Obviously, as we all know we who WORK for a living, that if you want a paycheck you need to keep your employer happy. You need to do your job. And the same with Newt. Newt is running for president because that is his job. Sheldon and Miriam pay Newt to run for president. Therefore, Newt will say whatever Sheldon and Miriam would like him to say, because he works for them. And since they are good buds with Bibi, we can maybe just extrapolate that all out and think of Newt as Bibi's candidate, pure and simple? Like cousins once removed? Because what the hell, it's not like Sheldon and Miriam need help, it's *Bibi* who needs help.

Not that we are going to talk about politics anymore here at TB, but this is not actually politics. This is something else. When one rich couple, one of whom is not even an American, can float their own candidate for president of the US, with only the barest booty shorts of public support, we are not really talking politics anymore. We are talking about a different old profession. 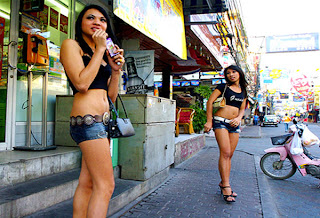 "I believe that's why you appreciate, Mr. President, that Israel must reserve the right to defend itself. And, after all, that's the very purpose of the Jewish state, to restore to the Jewish people control over our destiny."
~ Bibi to Obama, reported 3/6/12 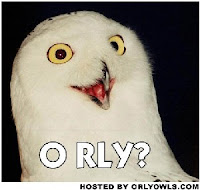 TIP FOR BIBI. There's a saying that most Americans (hopefully) know, and it goes:

Your rights end where my nose begins.
Posted by A. Peasant at 4:30 PM 24 comments: