subhuman paramilitary fascist scum on the payroll of intelligence agencies

Obama remarks on the May 2 massacre in Odessa: “We are united in our determination to impose costs on Russia for its actions, including through coordinated sanctions….And as Ukrainian forces move to restore order in eastern Ukraine, it is obvious to the world that these Russian-backed groups are not peaceful protesters. They are heavily armed militants who are receiving significant support from Russia. The Ukrainian government has the right and responsibility to uphold law and order within its territory, and Russia needs to use its influence over these paramilitary groups so they disarm and stop provoking violence… if the Russian leadership does not change course, it will face increasing costs as well as growing isolation, diplomatic and economic.” (Wall Street Journal)

WHO supports the heavily armed paramilitary groups? Russia? Let's go to the tapes. The pro-Russian supporters are inside the building, unarmed. They are the ones being chased down beaten and murdered.

Murderous lying terrorist slug, with his bulletproof vest and homies around him, lying about being attacked and shot in the leg, in broad daylight, on camera, with cops milling around in the background.

"Another video of the same man shows him speaking on the phone passionately arguing that he and his people are unarmed, while having to confront armed anti-government protesters. The man introduces himself as sotnik Mykola (“sotnik” is what Maidan group leaders in Kiev call themselves) He also says he was wounded in the leg by protesters, although he doesn’t look hurt in the footage."

Murderers. Reports are that far more than 42 people were murdered in the House of Trade Unions, and the fires were set to cover up the butchering massacre of unarmed civilians.

The terrible events of May 2 in Odessa were the open manifestation of fascism, but no one has been arrested for the grave crimes, Russian Foreign Minister Sergei Lavrov said during a meeting of the Committee of Ministers of the Council of Europe.

"On May 2, in Odessa, unarmed people, including women, were burnt alive in the House of Trade Unions. They opened fire on those, who was trying to save their lives by jumping out of the windows. They were gloating over people's deaths, mocking dead bodies. They were happy about the number of dead bodies. They were not hiding their joy of the victory over Russians. We have witnessed an open manifestations of fascism," the head of the Russian Foreign Ministry said.

"No one of the radical nationalists, who committed the heinous crime, has been arrested. The authorities in Kiev vaguely expressed condolences, declared mourning and filed an investigation. However, few will be surprised if this investigation is shelved, as it happened with the investigation of sniper shootings in the Ukrainian capital in February," Lavrov said.  http://english.pravda.ru/news/russia/06-05-2014/127519-odessa_fascism-0/

In the transcript of a brilliant lecture by Andrei Fursov (thanks to James at WPC for posting it), we learn the extent of intelligence agency involvement in the Ukraine, going back decades.

Basically all western intelligence agencies had a free hand in Ukraine. That's why some experts call Ukraine the sandpit of the intelligence agencies. TheCIA has a whole floor dedicated to Ukraine. We got this information now. But those who worked under cover in Ukraine in the late '90s were already reporting that SBU is a subsidiary of the FBI and the CIA, who were actively working there. Likewise the BND (German intelligence) were very actively working with their Banderite underground. And MI6 was working more unnoticed.

...The next player in Ukraine is Israel, which is represented in Ukraine by Mossad and practically all of the Israeli intelligence services. Including the Komemiyut management, that's an administration within Mossad, whose business is the physical removal of Mossad's opponents. Komemiyut is Hebrew for "sovereignty". This Komemiyut administration, for example, they were the ones who killed the Iranian nuclear scientists. They are very effective, like Mossad generally. Aman is military intelligence service of the Prime Minister. Shabak is the internal security service. Shin Bet, Nativ - they are all present in Ukraine. Israel's current ambassador in Ukraine is Reuven Din El - formerly a Mossad resident in the CIS countries, he was thrown out of Moscow, and then received in Ukraine as ambassador.Vlad Lerner of Nativ is the First Secretary of the Israeli embassy. In this respect you have to give them their dues, the Israeli intelligence services, for how they work in Ukraine. Also important to be clearly aware of - Mossad operates in close contact with CIA and MI6. It's a unified snake of intelligence agencies, which gets the job done.

All of the western intelligence agencies, including Israel's, are very active in the higher education establishments in Ukraine. This year I gave a lecture at the Seliger youth forum. Guys from Kiev told me that in almost all large institutes of higher education in Ukraine, especially in Kiev, there is a NATO room, a NATO department. If you want to make a career, you have to attend several of their programs. That's what's going on. The Anglo-american intelligence services are not falling behind Mossad.

May 9, this Friday, is an important holiday in Russia: Victory Day. Big parades celebrate the day Nazi Germany capitulated to the Soviet Union. In Kiev, all celebrations have been cancelled. The fascists don't want anyone celebrating victory over fascism. Putin will visit Crimea on May 9, along with Medvedev. (source)

Given what has happened in Odessa, we may expect more violence by the weekend.


Ukraine's SBU plots provocations in Odessa on May 9

"The head of the SBU department for the Odessa region has received Nalivaichenko’s order to create conditions within days for a special operation to suppress pro-Russian elements in Odessa," the source said.

The SBU is planning to plant its "moles" among the protesters to provoke riots, including on May 9, and to forge evidence of alleged Russian arms supplies through Orthodox churches in the Odessa region, the source said.
Once the riots are provoked, the source said, Right Sector militants, posing as outraged city residents, and specially trained riot police will be brought in to quell them.

In an interview aired on Russian state television on Sunday, Yanukovich, who has been in southern Russia since fleeing Ukraine in February, said that Brennan had “sanctioned the use of weapons and provoked bloodshed."
“The US bears its share of responsibility for starting a civil war in Ukraine, not only through diplomatic influence, but its security forces, which do not only meddle, but issue orders,” said the Ukrainian politician.
On Monday, Aleksandr Yakimenko, the head of Ukraine's security service, the SBU, during Yanukovich's term went one step further, and said that his successor, Valentin Nalivaychenko, is a double agent working for the CIA.
"Nalivaychenko was recruited by the US when he was Ukraine's Consul General in Washington [2001-2003]," said Yakimenko, for whom an arrest warrant has been issued in Kiev since he left the country last month, while speaking to Russia's Channel One.
"The US is currently creating a sort of controlled chaos that is helping to blow up the bridges between Russia and Ukraine." 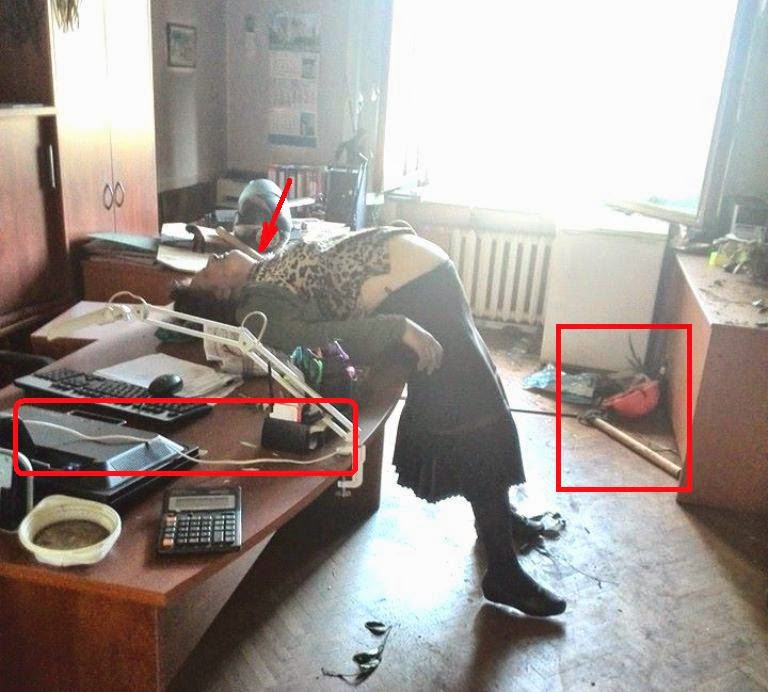