Don't Be A Tool 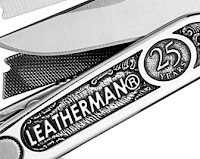 This post mentions the Strategy of Tension: powers manipulating public opinion and dividing the population through fear, false flags, psyops, disinformation, propaganda, etc. We live immersed in the Strategy of Tension, so you may not even notice it anymore, but of course the heat gets turned up from time to time and place to place.

Such as the Indian subcontinent...

It is long past time to reevaluate this whole mess on the Indian subcontinent. Both India and Pakistan find themselves under regular assault from intelligence agency related violence, aimed at inflaming local tensions (strategy of tension). In a web of deceit that stretches over the entire region, from the mountains of Lebanon, to the mountains of Pakistan, to the Ural mountains far to the north, the CIA utilizes national intelligence agencies to recruit local criminals and radicals to do its dirty work. Their secret task is to embroil governments and their citizens in manufactured conflicts, to facilitate American advances into the resource rich region.

This plays out among the people. A sample from the comments:

100% Pakistan's fault: Listen guys - there is no need to play good with Pakistan - period, It has nothing good to offer to the world. Give kashmir back first and prove that you have a fcking spine to beign with. Untill then all talks are off. No cutural, no sports exchange with pakis period. They dont have a stable govt. its a bloddy tyrany there, the landlords/dacoits run the country people screwing there own cousins hence the damn gene pool is messed up. So you wont have any sane leader with half ounce of brain coming up any time soon from pakistan. Guess who is there current PM - a crook

100% India's fault: who is to blame for the death of the hostages in Mumbai attacks?

Indian government of course. Since when did they taught head-on crash when hostages were held in tactical school. There was not even negotiation, compromises, time-buying and go for the opportunity hit.

The Indian government under pressure for action, sent in their team of “Rambos” and start killing everyone including the hostages. What is the difference between this and bombing the entire building?

The terrorists obviously would kill the hostages because they are panic and hope this can deter further strikes from the authority.

And they (the Indian government) refused any kind of help or assistance from other countries to resolve the crisis, at least if they did, they would not be blame 100%. Now, look at the mess they created.

Unfortunately, people who can be easily manipulated exist in all places; and ethically challenged powers know this. This process of hystericization -- where a society loses the ability to practice mental hygiene and succumbs to propaganda and control -- is the whole point of psyops and terrorism. People become much easier to control when they can't think clearly, and they can't think clearly when their emotions take over; so our emotions are the key, the indispensable Leatherman for supporting all sorts of profitable ventures.

As far as I can tell, there are several layers of agendas driving events.

1. The Untouchables: Rockefellers, Rothschilds, etc. They must have highly placed tools such as government leaders, banksters, etc, in order to remain shrouded in secrety.

2. Their tools: Bush 41, Clinton, Bush 43, Paulson, Bernanke, etc. Their corruption has gone off the charts, resulting in desperate attempts to forestall accountability.

4. Their tools: You, dear, if you allow it by doing things like buying black market goods, banking with the big banks, relying on corporate media for news, and letting them manage your thoughts and emotions.

//US sleuths detained
OUR BUREAU
Mumbai, Nov. 30: Sixteen US officials, some of them from the FBI, who arrived to help with the terror attack probe were detained at the airport today because they were carrying arms “without proper documents”.

“When challenged, they were brusque and said they were American government officials and did not need papers,” a customs official said.

They were let off an hour later.

Israel is sending anti-terror experts to India who will examine if the Mumbai attack was part of a global terror tactic and if Israel needed to adopt mechanisms to tackle the new threat, the website Ynetnews reported.//

If it can be proven that the Holtzbergs rented out a room to the perps, the narrative is completely blown.

Yes, and that would explain why they were killed and by whom.