This is a job for professional liars 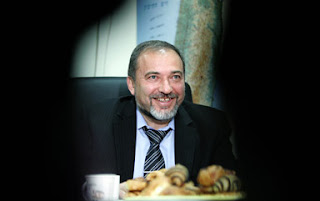 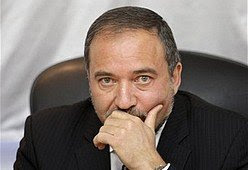 US foreign policy consists of bombing, raping, pillaging and burning defenseless countries, while firing spitballs at countries who annoyingly display self-defense capabilities. We know that Israel runs this country and directs our foreign policy. We know that Israel wants diplomacy with Iran to fail. We also know that it would look bad to come out and root for diplomacy to fail because we're all such peace loving people, shalom. So the trick is to make sure diplomacy fails without leaving any fingerprints. Even better, hang the whole thing around Iran's neck to justify attacking them. And one last thing, Israel shall not pay any price, because this will involve casualties. The Iranians have defenses.

Their March 14 [CSIS] study notes that these defenses may include a deadly, ultra-sophisticated Russian anti-aircraft system that could down 20% to 30% of Israel’s attack aircraft — “a loss Israel would hardly accept in paying.” They note reports that Russia has secretly supplied Iran with this system, the SA-12 Gladiator/Giant. Also, even a successful Israeli attack on these three sites could prove futile, they warn, if Iran maintains secret facilities for uranium enrichment, as some suspect.

So somebody else is going to have to do this, see? Too dangerous for Israel. To that end, Avigdor Lieberman tries to make everyone feel guilty and responsible for solving the Iranian problem. Displaying outstanding psychopathic form, he completely inverts reality so that Israel is the country forced to solve other nations' problems, which is, like, so unfair, and they're standing up for themselves. For Once.

Israel does not intend to bomb Iran, Israel's foreign minister said Wednesday in the most explicit comments on the matter by a top minister of Prime Minister Benjamin Netanyahu's government to date. [accidents are never ruled out...]

Speaking at the end of a three-day visit to Russia, Avigdor Lieberman also said that other countries in the Middle East and around the world should be concerned about Iran's nuclear program.

But he said those countries should not expect Israel to solve the problem for them.

"We do not intend to bomb Iran, and nobody will solve their problems with our hands," he told reporters. "We don't need that. Israel is a strong country, we can protect ourselves.

"But the world should understand that the Iran's entrance into the nuclear club would prompt a whole arms race, a crazy race of unconventional weaponry across the Mideast that is a threat to the entire world order, a challenge to the whole international community," he said. "So we do not want a global problem to be solved with our hands."

[A threat to the entire world order? Sounds good to me.]

Obama, with his peace overtures, serves as the smiley-face mask for some pretty loathsome activities. The U.S. government claims to be fighting terrorism, yet is sponsoring groups that plant bombs in mosques, kidnap tourists as well as Iranian policemen, and fund their activities with drug-running in addition to covert subsidies courtesy of the U.S. taxpayers. The recent suicide bombing in Zahedan was the work of Jundallah. These are war crimes, carried out with the full knowledge of the leaders of both parties in Congress, paid for by you and me, and conducted in our name.

...What’s going on in Iran today – a sustained campaign of terrorism directed against civilians and government installations alike – is proof positive that nothing has really changed much in Washington, as far as U.S. policy toward Iran is concerned. We are on a collision course with Tehran, and both sides know it. Obama’s public "reaching out" to the Iranians is a fraud of epic proportions. While it’s true that our covert terrorist attacks on Iran were initiated under the Bush regime, under Obama we’re seeing no letup in these sorts of incidents; if anything, they’ve increased in frequency and severity.

Meanwhile, for the third leg, Israeli "diplomats" have their marching orders to destroy Iran's international reputation. Of course they will get a handy assist from corporate media.

About a week ago, the head of the ministry’s Task Force on Isolating Iran sent a classified telegram to all Israeli embassies and consulates, titled “Activities in the Run-up to Iran’s Presidential Election.” It detailed things Israeli representatives should do before, during and after the election. [such as "organizing demonstrations in front of Iranian consulates worldwide, staging mock stonings and hangings in public, and launching a massive media campaign against Iran" - ed.]

...The main message Israeli diplomats should try to send is that “despite the democratic game of a presidential election, this is still a terrible regime that infringes on human rights and imposes many restrictions on its citizens,” the telegram said. In a nutshell, the goal is to “blacken Iran’s international reputation.”

...Meanwhile, Deputy Foreign Minister Daniel Ayalon embarked yesterday on a tour of North and South America aimed at explaining the importance of halting Iran’s nuclear program. His first stop was New York, where he participated in the annual Salute to Israel parade yesterday.

In an interview with Fox News, Ayalon said that Iran is trying to increase its influence worldwide, especially in the Middle East and Latin America. Iran’s ability to fire long-range missiles threatens the entire world, he warned, and if it keeps extending the range of its missiles, they may soon be able to reach the eastern United States.

And that's how professionals start wars.
Posted by A. Peasant at 2:16 PM

The only logical way Israel can bomb Iran is to fly over Syria or Jordan and refuel in Iraq; easier said than done and they can not do it without the aid and consent of the USA.

I've checked out some of the islands they are occupying around the Gulf of Aden, but it is too long of a shot without a refueling stop.

I can no longer see the US laying out a welcome mat in Iraq (unless we had another terrorist attack). Therefore, his determined talk about not attacking Iran is because he can't and he's trying to save face with his war-happy zionist nutcase constituents. He has risen to power with his war posturing, now he must talk it down to reality.

things can always be arranged. israel need only keep working these angles to soften up the public and then set up a false flag of some sort, and it would then become very very difficult *not* to attack Iran. something could even happen in chicago...

Israel is loosing the War On Terrorizing. To prepare us, they are really pushing this anti-semitism shit, but the campaign just doesn't have legs. Media outlets are becoming bolder and we are starting to see a bit of unbiased reporting.

Perhaps I have become a bit too optimistic about the future from watching Prius commercials, but it is Israel's cup that's half empty at the moment as we continue to poke holes in it.

You gotta love JPAC and the other zion-lite guys, as they battle it out with the the radicals. Watching them destroy each other from within is wonderful theater.

i agree they are losing, but it's a race against time, and we still have plenty of stoopid and evil hanging around

Initiating this mission from Georgia no longer seems feasible for Israel either.

At least not until Israel figures out how to game the Russians...

Perhaps world leaders - including the US - want Iran to have a bomb. It would certainly keep Israel in check.