is it the kiss of death?

Obama gets a prize he clearly doesn't deserve.

The Nobel Committee rejects the criticism and notes that they hope the prize will "contribute a little bit to enhance what he is trying to do:" implement a globalist agenda of international cooperation and tackling climate change.

People quoted from Hamas, Iraq, Pakistan and the Taliban wryly observe that he "has not done anything to ensure justice for the sake of Arab and Muslim causes."

His popularity at home has flagged under the bad economy and health care crisis.

But abroad, Obama is still widely regarded as inspirational.

"Foreigners" just love him. They would never do anything to hurt him. If anything happens to Obama it would *surely* be due to some angry American or Arab, the usual suspects, who resent Obama for selling them down the river. Right?

Meanwhile, accepting the Nobel Peace Prize *does* make it a little harder to justify an attack on Iran. Theoretically. It leaves Israel somewhat isolated.

Winning the Nobel Prize for peace, of course, is likely to make it extremely difficult for President Obama to drop any of his new fifteen ton Grand Slam bombs on Iran.

The ball is now back in Israel's court.

That could be problematic. Problems require solutions.

Poor Barack Obama. It's too bad the shine has come off him just like Gideon Rachman said in the Financial Times: (via here: we are witnessing a psyops going bad)

After a little fumbling with the envelope, the head of the International Olympic Committee has just announced the venue for the 2016 Olympics – Rio de Janeiro. It all seems a confirmation of the mood of the moment – Brazil is deeply fashionable and on the way up; and the shine has come off Barack Obama, who turned up in person to lobby for Chicago – only to see his home town eliminated early.

Poor Obama, he really didn’t deserve this. I bet he now regrets going all the way to Copenhagen to lobby for Chicago. His great trump-card was meant to be his global popularity. But the International Olympic Committee had no trouble in brushing him aside. I’m afraid this is all going to play into the gathering conservative narrative in the US of Obamas a naive dupe, who grovels in front of foreigners – and gets nothing back in return. It seems to be setback after setback for the US president at the moment – health-care, Iran, the Afghanistan mess, unemployment up at nearly 10%.

As for Brazil – never has the country been so fashionable. The Brazilians are hosting the World Cup in 2014 and now the Olympics, two years later. They provide the first letter of the much-touted group of emerging economic superpowers - the BRICs. They are key members of the G20. In Lula, Brazil at last has a leader who is a recognised global figure. He gave the lead-off address at the UN General Assembly last week. (Just before Obama, symbolically enough.) And Brazil has also just discovered massive reserves of offshore oil. Oh lucky country!

I mean it's nice that he won the Nobel Peace Prize and all. Maybe it's sort of a consolation prize or booby prize. The better to lament him with my dears, hmm? 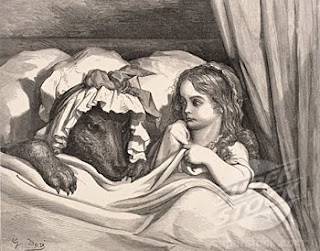 UPDATE: Bonus Reasons Why Obama Should Be Worrying Now:

"Should a majority in this country come to their senses and wake up, they could do a Kennedy on this pretend Kennedy, sparking a real race war to occupy us in a big, big way."

From this piece here: The Conspiracy Business and All That Jazz, posted at Snippits and Snappets. This is a really good piece that says everything I was trying to say in naive or paranoid? except he did a much, much better job.

UPDATE 2: via xymphora, David Frum confirms this is Definitely Problematic in Certain Circles:

Will Peace Prize handcuff President when time comes for an air strike?

Problems require solutions. It's the Hegelian Way.
Posted by A. Peasant at 11:25 AM