then why are you smiling?

Nothing like a crisis to pull people together, right? It's too bad for some people that the global warming hot air balloon popped a big hole because that has been very useful for guilting the masses into all sorts of shakedowns. And now that plan might not work out. And the flu shots aren't working out so good...and the tungsten filled gold...

You know when you pour yourself a nice fresh cup of coffee and you get the cream and pour it in your cup and it's curdled, and you have to toss out the whole thing and start over? I think it must be like that, only much worse, because it takes a long time to set these things up.

Time to get serious. 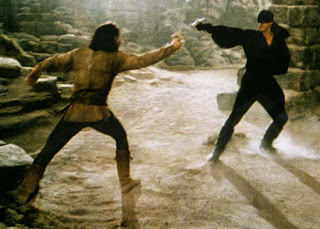 
What would be really big news? What would get everyone's attention and dwarf all this petty squabbling?

Now check out the update at the top of this post, or even read the whole thing.

AP good find. What was at the root of your problems last week? Are they resolved?

thanks. don't know. no they're not resolved.

Hey AP, once again I could be late to the conversation but did you ever get into Jeff Wells at Rigorous Intuition?

If you scroll down, on the right you'll find his occult section that covers lots of this stuff. His vibe: UFO's are real but they aren't from outer space so much as interdimensional. He cited tons of examples of abductions etc that were less Close Encounters than they were Grimm's Fairytales, if you can dig it. And then there's the miracle at Fatima which was embraced precisely as a religious miracle and yet differs in no way from a UFO sighting.

He then plugs these into Crowley-esque 'opening of portals', well-funded US spook support for the aforementioned (hell, of all things paranormal) and suddenly we're in Blue Book / Maitreya territory.

Otherwise, ...possible? Sure why not. I no longer dismiss anything.

hey nobody, that sounds about right to me re: the interdimensional stuff. it would explain a few experiences in my life ha. i've been to ri in passing a few times that's all. i'll check it out. hey thanks.

i don't dismiss anything anymore either. i find it much easier to allow all possibilities and then do a process of elimination than to only accept something based on so-called evidence. with so many lies around that doesn't work well.