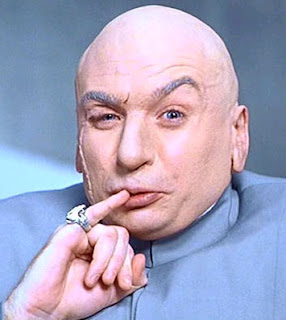 UNITED NATIONS, Jan. 18 (Xinhua) -- The United Nations has allocated some 100 million U.S. dollars to respond to 14 ongoing but underfunded emergencies, ranging from Afghanistan to Yemen, the world organization announced Monday.

The single largest allocation of some 17 million dollars from the Central Emergency Response Fund (CERF) went to UN agencies and their partners in Ethiopia. The Democratic Republic of the Congo ( DRC) came second with approximately 16 million dollars.

Other recipient countries include Afghanistan, Kenya, the Democratic People's Republic of Korea (DPRK), Yemen, Chad, Niger, Colombia, Eritrea, the Philippines and Haiti. The UN Office for the Coordination of Humanitarian Affairs (OCHA) noted in a news release that Haiti's full funding needs are being re-evaluated in light of the tragic earthquake that struck the country last Tuesday.

Launched in March 2006, CERF is managed by OCHA and aims to speed up relief operations for humanitarian emergencies and make funds available quickly after a disaster, when people are most at risk.

Nine banks that received government aid money paid out bonuses of nearly $33 billion [conspiracy math fact: 1 billion = 1,000 million - ed.] last year -- including more than $1 million apiece to nearly 5,000 employees -- despite huge losses that plunged the U.S. into economic turmoil....The nine firms in the report had combined 2008 losses of nearly $100 billion. That helped push the financial system to the brink, leading the government to inject $175 billion into the firms through its Troubled Asset Relief Program.

...Those on Wall Street argue they have to pay to keep talent.

...Citigroup -- which received about 25% of the aid going to the nine banks -- has the No. 1 pay recipient. Andrew Hall, who heads Citigroup's energy-trading unit Phibro LLC, received $98.9 million in 2008, according to a government official. Citigroup CEO Vikram Pandit, by comparison, received more than $38 million last year.

An early test for Mr. Feinberg will be the pay of Mr. Hall, whose profit-sharing contract with the bank could again entitle him to as much as $100 million, say people familiar with the matter.

Yeah but they had to pay those bonuses otherwise they wouldn't be getting the best and brightest. If the second best had been in charge then the greatest bank failure in history would have been some crummy 'second best'. And who wants that? Second best? Pah!

yes, it takes talent to lose that kind of money. BIG talent. i mean, actually, this is a really good deal, you know what i'm saying? these people don't grow on trees. sheesh.