western: you're doing it wrong 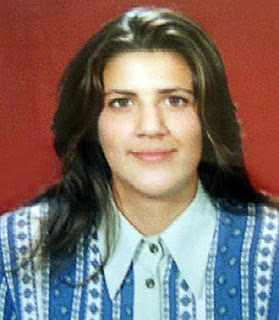 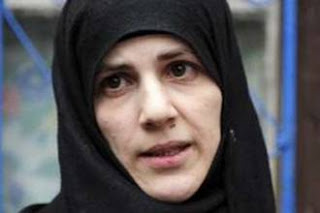 Defne Bayrak, the Turkish wife of Humam Khalil Abu-Mulal al-Balawi, told Turkish media she learned that her husband had blown himself up at a US base in Afghanistan on Dec 30 after receiving a phone call from one of his friends in Pakistan. -- PHOTO: AFP (on the left) from Reuters story at Straits Times

Defne Bayrak, the Turkish wife of al-Balawi, said she was proud of her husband (on the right) from AlArabiya story

The wife of a double agent who killed seven CIA officers in a suicide attack in Afghanistan said on Thursday her husband regarded the United States as an enemy and she was proud of his mission. Defne Bayrak, the Turkish wife of Humam Khalil Abu-Mulal al-Balawi, said she doubted he was working for the CIA.

"I am proud of my husband. He has carried out a very important mission in such a war," Bayrak, who now lives in Istanbul, told reporters. "I think it's impossible that he was an American agent. He was too adversary to work for America. He only could have used America and Jordan to reach his goals."

Bayrak, a journalist who has written books including one entitled "Osama bin Laden: Che Guevara of the East", earlier told the newspaper Sabah she believed her husband was in Afghanistan to pursue his medical studies and she was shocked at news of his death.

Wearing a black chador, she said she learned in a phone call from one of her Jordanian husband's friends in Pakistan that he had blown himself up at a U.S. base in Afghanistan on Dec. 30. The friend also told her he would send her husband's will and last letter, she said.

"Our last phone call took place about four to six weeks ago and we made contact through the Internet 10 days ago. He told me he would come back to Turkey and would even apply for Turkish citizenship. He would continue his medical studies here."

Balawi blew himself up inside Forward Operating Base Chapman, a well-fortified compound in Khost province near the southeastern border with Pakistan. Al-Qaeda's Afghan wing has claimed responsibility for the suicide bombing, the second-most deadly attack in CIA history, saying it was revenge for the deaths of their leaders. "He's a very strong character. If he did it, he must have done it on his own will. Nobody can make him do things," Bayrak told Sabah.

Former intelligence officials have said Balawi, a doctor, was recruited by Jordanian intelligence to try to infiltrate al-Qaeda and the Taliban. Balawi had associated with Islamists in the past, but U.S. and Jordanian spy agencies believed he had been successfully "de-radicalized." Bayrak said she met her husband while he was studying medicine at Istanbul University. They lived in Jordan, where they had two daughters, before moving back to Turkey in October 2009.

Why is it necessary to Westernize this woman with the flowing hair, the plump cheeks, the pixillated hairline, the broad shoulders, the Glamour-don't choice of tops. ? ? ? ?

I've read some other interesting explanations about what happened, like this one.

The shorter being this: Allegedly those CIA people killed these schoolchildren, a heinous crime, which would prove exceedingly difficult to brush under the rug.
Posted by A. Peasant at 3:09 PM

Hey AP,
So, this CIA catastrophe in Afghanistan has multiple layers. Go figure.
It just shows how out of the loop the American public are when it comes to real news/information.
It frustrates the dickens outta me.
Your sources are most insanely interestin' so I take comfort from that .
You go girl... report on!!

haha, i'm on it. yes this is pretty sad though, to have people executing children in cold blood like that. the times article talks about some non-military foreigners secret night raid kind of stuff. though to be honest, is it really any worse than sending a drone to whack a wedding party? it's all so sick.

Is the US claiming these are not regular troops that killed the children?
Supposed to be mercs ?

from what i have gathered, yes. not regular troops. it's all very unclear actually, just as you would expect a coverup to be.