Remember a little while back how they told us that al qaeda was recruiting Western-looking women to do terrorist attacks?

And shortly after that, several other stories pushed the idea along.

LONDON: Al-Qaida in Yemen has trained a group of woman suicide bombers with 'non-Arab' appearance to attack Western targets, including airliners and power stations, US officials have warned.

Details of the bombers emerged just hours after Britain raised the UK threat state to "severe" [naturally! timing is everything - ed.] amid fears that al-Qaida was planning a wave of attacks against western targets, 'The Sunday Telegraph' reported.

The woman suicide bombers, who may be travelling on Western passports, have been prepared for their missions by al-Qaida's branch in Yemen responsible for the botched Christmas Day attempt to blow up a US airliner, it said.

And see? Now we know that some of those three dozen American terrorists-in-training may have been women.

Well just so you know who looks to be training those "al qaeda" Western-looking female operatives: Mossad. No doubt with help from CIA, etc.

Six more British passports were used in the assassination of a Hamas commander in a Dubai hotel last month, police have claimed.

The revelation from Dubai today means that up to 12 British identities are believed to have been stolen or forged to carry out the hit, allegedly by Israel's feared secret service, Mossad.

One of the six new British passports is in the name of a dark-haired woman calling herself Gabriella Barney. She appears to have been posing as the daughter of Michael Barney, named as one of the original 11 suspects.

Up to six women are now believed to have been part of the hit squad.

And then there's this guy, a Hamas leader's son who Israel supposedly flipped to make him one of their agents. 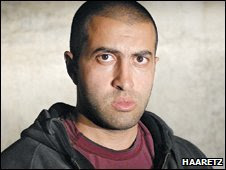 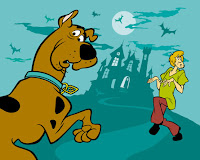 Or was it Scooby Doo? One can never tell these days.
Well anyway, that's about the level of seriousness that people should take ANYTHING THEY SAY.
Posted by A. Peasant at 2:45 PM

When a government makes copies of their passports and turns them over to the MOSSAD to use, is that theft or forgery?

The only item missing from this story is the NSA satellite intelligence they got from the USA.

Ha ha ha ha - I don't know why but that just kills me.

i'm glad you appreciate the ridiculous as much as i do ; D.

as for the simple, yes i reckon you're right that's probably exactly how it actually went down, nobs!