Regarding child trafficking for the purposes of sex slaves, snuff films and organ harvesting, let me start by saying this really happens. This is huge business, and it's protected business because it's organized crime. Corrupt people on the inside make it possible: politicians, police, social workers, judges, military, doctors, coroners, religious organizations, corporations, etc. You cannot approach a problem like this by giving all these people the benefit of the doubt. You must approach it assuming that some of them are definitely dirty rotten scumbags, and see where news reports confirm that assumption. 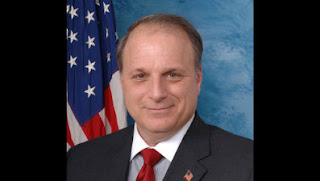 NY Rep Eric Massa
No sir, you can't grope your male staffers like the old days in the Navy. Sorry.
"I make no bones about it. The United States Navy in 1983 and 1984 was incredible bawdy. Incredible." (TPM Muckraker)
On the Crossing the Line ceremony: "It looks like an orgy in Caligula. And anybody who's been in the Navy knows it." Also, Rahm Emanuel bullied him in the Congressional showers. (FOX News)
Unfortunately, when we turn on the teevee and hear about Jihad Jane we are distracted by ridiculous, manufactured news designed to highlight the phony, manufactured terrorism run by evil, corrupt intelligence agencies throughout the world, and we forget that this manufactured activity gets funded by illegal trafficking.


Puello continues to claim no history with Laura Silsby prior to his introduction to her in jail. Instead, he claims, another high-ranking Dominican lawyer, and a Dominican military officer were helping her with documents and other help needed to bring Haitian children into their country. If his claims prove true, one of these named individuals has a past link with trafficking.

...According to Jorge Puello -- con man extraordinaire, wayward son, Jewish convert, and wanted sexual trafficker – Laura Silsby and her colleague Charisa Coulter are innocent of trafficking – at least to the best of his knowledge. They were duped, they were played, he puts it simply. That doesn’t mean they didn’t get mixed up with bad people – they did. And he’s not talking about himself, though his emails to Sean Lankford reflect a man who couldn’t daven enough to say he’s sorry for all the trouble he’s caused them. He’s talking about the ‘Lady Lawyer’ behind the famous ‘letter’ Silsby was telling everyone she had – or was supposed to have - and the ‘General’ who was going to assist her in getting into the Dominican Republic with her busload of children.

In response to questions, Puello states that he was put in contact by Silsby with a woman lawyer. The name he provided matches that of a high ranking lawyer and provincial district attorney who is active in Dominican politics. He claims that he contacted this woman when he noticed her name on some legal documents connected to Silsby. When he talked to this lawyer, the women told Puello that Silsby was supposed to go to the border where “the papers were going to be there, ready.” But when the lawyer contact learned that Silsby had been detained, she “got nervous and hung up,” claims Puello. His statements about a ‘General’ helping Silsby also matched Silby’s original statements to me, the night of our meeting, about a Dominican ‘minister’ who was helping her, and had given her his personal assurance her group would have no trouble getting into the Dominican Republic.

So Puello remains at large, somehow, and he is talking to people, and in doing so he is explaining that there are corrupt officials in the Dominican Republic who are involved with human trafficking.

And sure enough, the US canceled some visas of some retired Dominican generals in connection with a drug trafficking ring.

Santo Domingo.- The United States will reportedly question Prisons director, retied general Manuel de Jesus Perez, for the hundreds of phone calls on drug trafficking operations allegedly made from Dominican jails, as the alleged involvement of some of the country’s generals in drug trafficking now focuses on “lists.”

News source 7dias.com.do reports that an investigator revealed that the United States will request nine generals in extradition for their link to the Quirino Paulino case and published a list of the senior military officers wanted in the U.S. for their involvement in drug trafficking....n a phone interview from Washington by CDN Radio, the source said the Paulino case involves 147 military, who have yet to be “touched” by anybody. “They haven’t even been pinched.”

And in other news, the drug money is laundered through real estate.

Arture del Tiempo, Torre Atiemar and 1200kg of cocaine sent from the Dominican Republic to Spain is the probably just the top of the iceberg behind the recent years construction boom in Santo Domingo. What's more interesting is that President Lionel Fernandez has stated that this project was a model for foreign investments in his country....The Spanish authorities suspect a powerful international network of large drug shipments is behind the case and which launders money by investing in the construction of residences and apartments.

What purpose does this serve? Is he running a limited hangout? Are a few people going to be sacrificed to protect the larger operation?

What is the larger operation?


In one of several related cases, hundreds of Mexican girls between 7 and 18 were kidnapped or subjected to false romantic entrapment by organized criminal sex trafficking gangs. Victims were then brought to San Diego County, California. Over a 10 year period these girls were raped by hundreds of men per day in more than 2 dozen home based and agricultural camp based brothels.

A Latina medical doctor employed by a U.S. federal agency provided condoms to the victims for years, and was told by her supervisors not to speak out and organize efforts to rescue the victims. This doctor was ordered under threat of legal action to keep quiet about the mass victimization of children in "rape camps."

Before the night is over, the girls of "Zona Rosa" - a notorious red-light district just a few blocks from the main tourist drag in this Mexican border town - will make as much as $250 each by selling sex. It's cold-blooded sexual slavery - forced prostitution that began when they were kidnapped from their small towns in Mexico and Central America and smuggled through a dangerous corridor that leads into the United States. After they work their apprenticeships in Tijuana, many of the girls end up as sexual servants in New York's illegal brothels.

...As many as 17,500 sex slaves are smuggled into the United States each year, according to the latest federal statistics. One out of every three people trafficked into New York is forced into prostitution, according to Safe Horizon, a Manhattan-based human rights organization.

...During a recent trip to Zona Rosa, The News found dozens of cops standing by as hundreds of girls sold sex to strangers.

The Disappeared of Canada:

George Brown’s group documented a link between the disappeared women of the downtown eastside and the trans-pacific organ trafficking network based in China . According to sources within the network, at least a dozen women and men are abducted and murdered every month in Vancouver , their bodies disposed of in protected grave sites on the north shore, and their organs shipped overseas.

Most of the disappeared are homeless men, transient youth or sex trade workers.

About two years before she died from lung cancer, my late congresswoman, Julia Carson, told a gathering that Congress was never going to be able to end human trafficing. She was assigned to a committee that was trying to figure out how to get a handle on this horrific evil inflicting the USA and much of the rest of the world.

Thanks so much for this great report here this date. Keep naming the names, and telling the numbers. No more secrets about the global mafia.

thank you Marycatherine. well that's just the thing about all these UN commissions and papers and task forces, etc. they never accomplish anything. there's a reason for that. the reason is that this business is protected at the highest levels. all this activity is just for show, and honest people are used for cover while the corruption goes on and on and on. they just kick the can down the road forever.

I don't know where you dig this stuff up but it is interesting. I was a Seminole Indian Pow Wow this last weekend doing some dancing and eating a few buffalo burgers with the boys. I can still hear the drums.

They have been victimized by this over the years also, especially in Canada.

yes dubs. the information at hidden from history is mind-staggering.