Puello arrested, but will he finger the ring?

Great find over at Penny's via Maggie that police in the Dominican Republic arrested Puello. Penny also notes that Silsby was caught trying to smuggle *other* children before the children that caused her to be arrested. 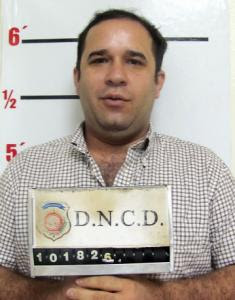 "According to documents of the US and Dominican authorities... this person is an important part of a network of alien smugglers (targeting) women and children from Central America and the Caribbean," added Lebron. (source)

He is "an important part of a network" means he works in a human trafficking ring smuggling women and children from Central America and the Caribbean.

Now to see how much of that ring we might learn about as a result of his arrest.

Regarding the charges in Vermont, from the Salt Lake Tribune (Some Mormons would be interested in this no doubt...):


Authorities also have an outstanding warrant for his arrest on an alleged U.S. parole violation following a 2003 federal indictment out of Vermont accusing him of smuggling illegal migrants from Canada into the United States.

Puello was living in Canada at the time and said he was working undercover for U.S. authorities.


Okaaay. He was also running operations from Canada into the US. Maybe even officially "on the payroll" at the same time.


Funny that they decided to "find him" now. Did something need to be resolved first? Some evidence taken care of or something? He was detained by request of the US leaving a McDonald's restaurant. That indicates he had been moving around freely in the Dominican Republic, a small country. But now it's time to bring him in. Why now?

And funny that his MOM is going to represent him in court and believes the entire community will come out to support him. (source)

Is she talking about the Sephardic community in the Dominican Republic? Chabad? If they're so supportive, can't they provide him with an actual attorney so he doesn't have to rely on his mother?

A judge has 30 days to meet with Puello, Dominican authorities, and an attorney representing the U.S. government before deciding whether to honor the government's extradition request, he said.

Puello is wanted in the U.S. state of Vermont and in Canada for smuggling illegal immigrants, and in the U.S. city of Philadelphia for probation violations related to fraud charges, said a statement from U.S. Immigration and Customs Enforcement.

He is wanted in El Salvador for crimes against children; sexual exploitation of minors for pornography and prostitution; organized crime; and human trafficking, ICE said. Interpol issued an arrest warrant for Puello at El Salvador's request.

Puello has denied all of the allegations. His mother, Soledad Puello, secretary of internal affairs for the National Party of Veterans and Civilians, told The Associated Press on Friday that she will represent him in court.

"In the Dominican Republic ... the entire community will come out to defend him," she said. Soledad Puello had told the AP on Thursday that she and others were negotiating with Salvadoran prosecutors for her son to turn himself in.

I don't know about counting on the Sephardic community coming out to defend him. I'm thinking, no. I'm thinking they will continue to deny knowing him.

From Failed Messiah on February 15th:


He falsely portrayed himself as a lawyer in the Dominican Republic. He wrongly claimed to be the leader of the country's Sephardic Jewish community. And he initially told reporters he had never been to El Salvador, but now says he has deep connections to the Central American country, including five children there.
...
Later, Ana Puello married Franco Cerminara, a businessman from Italy, and they moved to South Florida. "That's when Jorge began to go wrong," said Cerminara, now retired.

The couple showed a photo of a young Jorge in a starched white military academy uniform in the Dominican Republic. But as a 15-year-old in Miami, they said, he began dating a stripper, who was a single mother and 10 years older than him. He soon left home for Philadelphia, where Cerminara said he was convicted of bank fraud and later moved to Puerto Rico to work as a hotel receptionist.

At some point, he apparently served in the U.S. military. A family photo shows him in fatigues standing next to two Army trucks. Puello said he served in the Army from 1996-2000 but gave no further details.

About four years ago, he emerged in Santo Domingo saying he wanted to establish a Sephardic Jewish community. Cerminara and Ana Puello said everyone in their family is Catholic and that Jorge Puello's converted on his own. "He is Jewish by conviction," she said. "He practices the religion and believes it in his heart."

The Dominican Republic is home to about 50 Jewish families, a tightly knit and low-key community that includes Sephardim and Ashkenazim, and some had doubts about the new arrival, said Isaac Lalo, secretary of the Centro Israelita de Republica Dominicana, the main synagogue.

Jorge Puello began identifying himself as the "newly elected president of the Jewish Communities of Dominican Republic" in a Jewish newsletter and elsewhere even though he was never elected to any such role and had no congregation.
"This guy has nothing to do with our community," Lalo said. "Sephardic Jews don't just set up a community out of the blue."

So here's what we now know:

Well, you can always read my little series on the curious case of Moshe Saba's helicopter crash and ZAKA rushing to Haiti right afterwards for some background on related trafficking issues, starting here.

And you can read about organized crime in the TBA (South America), starting here. 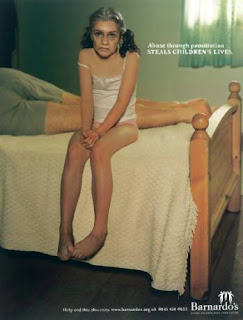 I think Jorge Puello is a JERK!
He may have crap onto his head, but it is not a excuse to do, what he did. Puello must be excecuted!