who is playing with Obama?


Pretty normal huh? To maintain the exact same posture and facial expression like that? Like a robot?

To my eyes, things were looking bad for Obama in October. Well they were looking good, actually, but that seemed bad, because it wasn't realistic. Except he didn't seem to get that. 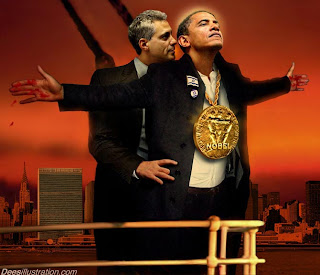 I think it—not seems to be, I think it will be.  It will be the signature achievement of this first term, perhaps the only term, but a signature achievement of President Obama‘s this term.  And whether one likes it or not, disagrees with it or not, it takes up the line that started with Social Security, ran through Medicare and Medicaid, which was passed more than 40 years ago, 45 years ago, and it will be put in that category. And if it passes, and if it is put into effect, I expect it will be in the first paragraph of President Obama‘s obituary, that he passed health care reform, partly because so many presidents—President Johnson was successful, but President Nixon had a run at this, just about every president with the possibility exception of Gerry Ford, has at least thought about trying something along these lines.  I don‘t mean this specific bill, but to get some kind of health care reform.

What a strange thing to say. Hey good job too bad you'll die soon. We'll be sure to talk it up then, however (wink wink). Just like we always do.

The longtime Democratic senator from Massachusetts died of cancer seven months ago, on Aug. 25, but his last legacy became official at 11:52 a.m. Tuesday, when Obama signed the bill. The political odyssey of health-care reform is in many ways the story of Ted Kennedy. He dedicated his career to reforming the system; his Republican replacement in the Senate, Scott Brown, threatened the passage of Obama's bill; Democrats persevered in part because they rallied around Kennedy's memory. (Washington Post, 3/24/10)

Now comes the message that Obama is going off the deep-end.


A recent analysis by Roger Simon of PJTV Media maintains that Obama is showing signs of mental illness. A wide variety of commentators have observed that Obama displays severe narcissism. Obama is conceited, and he is demonstrating a serious disassociation from reality. A recent case in point was Obama's bizarre and meandering 17-minute, 2,500-word answer to the simple question about how he could justify raising taxes for ObamaCare during a recession when citizens are already overtaxed. Obama's wildly inappropriate answer left the audience stunned and led commentator Charles Krauthammer to mockingly say, "I don't know why you are so surprised. It’s only nine times the length of the Gettysburg address, and after all Lincoln was answering an easier question, the higher purpose of the union and the soldiers who fell in battle."

Et cetera. He threw the baseball like a fag. He lied about his favorite team growing up. He probably didn't even watch baseball. He says whatever he wants and doesn't expect to reap the consequences or be forced to defend his empty assertions. He laughs at people's misery. He believes himself larger than life. He's petty. He suffers from delusions of grandeur. He's disconnected from reality. He's dangerous.

Not only that, but he has this terrible disagreement with Bibi, and my God next thing you know we could be under Sharia Law!

A new report circulating in the Kremlin today authored by France’s Directorate-General for External Security (DGSE) and recently “obtained” by the FSB shockingly quotes French President Nicolas Sarkozy  as stating that President Barack Obama is “a  dangerous[ly] aliéné”, which translates into his, Obama, being a “mad lunatic”, or in the American vernacular, “insane”.
According to this report, Sarkozy was “appalled” at Obama’s “vision” of what the World should be under his “guidance” and “amazed” at the American Presidents unwillingness to listen to either “reason” or “logic”.  Sarkozy’s meeting where these impressions of Obama were formed took place nearly a fortnight ago at the White House in Washington D.C., and upon his leaving he “scolded” Obama and the US for not listening closely enough to what the rest of the World has to say.
Apparently, as this report details, the animosity between Sarkozy and Obama arose out of how best the West can deal with the growing threat posed by rising Islamic fundamentalism.

Ah, yes. The Islamic problem. European fears about Muslims "appear" to be valid. Hordes of Muslims will take over.

The greatest threat to these Western Nations posed by the Muslim peoples becoming the majority of their populations lies in their likelihood of destroying the Global Banking System which according to their faith is firmly rooted in “satanic” evil and “must” be replaced by an Islamic one.

[Note: Islamic banking refers to a system of banking or banking activity that is consistent with the principles of Islamic law (Sharia) and its practical application through the development of Islamic economics. Sharia prohibits the payment or acceptance of interest fees for the lending and accepting of money respectively, (Riba, usury) for specific terms, as well as investing in businesses that provide goods or services considered contrary to its principles (Haraam, forbidden).]

Do you see this? The Muslims will destroy our BELOVED GLOBAL BANKING SYSTEM, which they mistakenly believe is "satanic," pfft, as if, and replace it with SHARIA, which all Western people know means we will be forced to wear burqas and live in fear of beheadings.

Obama, on the other hand, doesn’t share the views of his European allies and has, instead, embarked upon a course of embracing the Muslim peoples of the World and to the shock of all has overturned the Bush era ban on the radical Swiss born Muslim Cleric Tariq Ramadan from entering the United States, last year ordered the US government bailed out General Electric Capital Corporation to became the first Western multinational to issue an Islamic bond, and this past week commanded that all of his governments security documents eliminate the words “Islamic extremism” and “jihad”.

[here follows a list in which Obama is blamed for everything wrong in the world...]

In Israel…where Obama has so demoralized and demonized their once most reliable ally that Prime Minister Netanyahu has just announced he will not attend Obama’s Global Nuclear Summit because of his fears that the American President will not keep Egypt and Turkey under control thus threatening the Israelis nuclear supremacy over their Middle Eastern enemies who have sworn to destroy them.

Okay? It is ALL HIS FAULT. Everything. He is atrocious. We are all doomed because of this guy. (Plus! The NWO is a MUSLIM thing, OK? Just like organ trafficking is a CHINESE thing.)

Something Must Be Done. 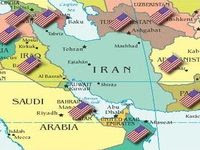 Us and Them. We are the good guys, they are the bad guys. See? They don’t wanna play ball.
“We’re probably going to get another Security Council Resolution” (Gates); “The fact that Iran…(has) not responded makes our case” (Clinton); “We stretched out our hand…It was the Iranians who refused” (Clinton).
Melodramatic drivel. We saw how much the USA and its lackeys respect the UNSC, because they only use it to justify their own ends and if the UNSC says no, they press ahead anyway. Under international law, a separate resolution by the UNSC is necessary for any resort to force, and those concerned know it.
The fact that Iran has not responded is not the case, clearly. The Islamic Republic of Iran has met the USA face to face on a number of issues but reiterates that it has the right to a peaceful nuclear program. And now that the USA is so worried about Iran’s nuclear program, how come nobody speaks about Israel’s 200 warheads sitting in the Negev Desert, which (bring out the orchestra) “Israel does not confirm nor deny”. See the smaller picture.
So why is the USA not playing the same tune with Israel? Or is it that the USA is actually controlled by Israel and the epicentre of the USA’s policy-making process is in fact in Tel Aviv?
A UNSC Resolution would not stop the USA and its allies from going further
“As Secretary Gates just said, the Security Council Resolution will not in any way forestall us or the E.U. or other concerned countries from taking additional steps” (Clinton).
I rest my case. No further comment.

It seems that Obama has been designated a... what's the word.... a scapegoat.

His administration continues to take policy direction from the zionist entity. But Obama sings from a different book. Should something go wrong, whose fault will it be? Obama's.

But who controls Obama? Are we to believe that Obama behaves of his own free will? Really?

He's a puppet. He does what the puppet-masters want him to do.

If you haven't read The Genesis of Genocide, it explains what we see happening here. There's a good reason why Obama has behaved and been described as a megalomaniacal narcissist / psychopath disconnected from reality. Because the megalomaniacal narcissists / psychopaths disconnected from reality need him to carry that burden for them. It has been strapped onto his back, and he will be sent out into the wilderness carrying these sins. We could be witnessing the preparation of a form of animal sacrifice.

One method to atone for these sins was the use of scapegoats. In each ceremony, two goats were used; one was sacrificed through being slaughtered to appease their God's desire for sacrificial death and the other 'set free' by being sent into the wilderness to carry their sins and guilt and blame away from the Jews and thus redeem themselves at the cost to two 'beasts'. One bears the punishment; the other bears the blame.

Things in the Talmud which may shed some light on the matters at hand, copped from here:

dubs, i read cass's whole paper a few months back. basically he describes everything they've already been doing for years, and you the trouble is that it's not working. so the paper is like a SOS, that's how i read it. mayday mayday we're going down.

i think it's really very important at this juncture for people not to be all doom and gloom. there are tons and tons of people who know what's going on. we greatly outnumber them, and they know it. so don't buy into their vision. i honestly don't think it has a snowball's chance of going down the way they want.