UPDATE: Latest psychosis from A. Lieberman --


1. Israel rejects UN demands for an international investigation. That's reject, as in F.U.,U.N.
2. Israel is a "mature, democratic country" capable of conducting its own investigation, but they might let some foreigners watch.
3. "The investigation must be Israeli." And maybe, if some people are very, very good boys and girls, they might be invited to even participate.
4. Israel absolutely wants an investigation because Israel has nothing to hide.
5. It's Turkey's fault. If anyone should apologize, it's Turkey.

Did the Israeli commandos fire indiscriminately, or did they have a list of people to target? This is something to keep an eye on.

More than 600 people from around the world were on the flotilla to Gaza. The videos released show chaos. So who died during the flotilla raid? Eight Turks and one Turkish-American.

Eight of the nine people who were killed in Israel's attack on ships of a Gaza aid convoy were Turkish citizens and the other was Turk with American nationality, the semi-official Anatolia news agency reported Thursday.

All nine were shot dead, one at close range.


Bulent Yildirm, head of Foundation of Humanitarian Relief (IHH), claims that the commandos fired indiscriminately, and even that some activists were thrown into the sea. He says the death toll is higher than announced.


"We were given the bodies of nine martyrs, but we have a longer list. There are missing people. Our doctors handed over 38 injured, on our return they (the Israelis) said there were only 21 injured."

Turkish officials are trying to verify the lists and account for all the people on the boats.


Via Kawther Salam, we learn that the Israeli commandos wounded by gunfire were hit by friendly fire:

The puzzle, evidence and the features of the massacre on the freedom fleet, which remained confined to the Israeli lies, is starting to get into the light. Lies always have short legs: the Israeli soldiers were wounded by friendly fire of other soldiers under the orders of the terrorist commander of the massacre, Admiral Eliezer Marum (Chi), a native of China.

We have earlier this week learned of the alleged "death list."

The primary argument to justify the raid and the ongoing blockade is that perennial weed, Israel's security. Israel does not allow certain things into Gaza for so-called "security reasons."

"The same policies will continue," said Efraim Inbar, the director of the hawkish Begin-Sadat Centre for Strategic Studies, insisting Israel would continue to prevent attempts by aid activists to run the blockade.

"The only difference is next time we will do it better," he said.

One of the most contentious aspects of Israel's blockade is the huge number of banned items which are not allowed into the Strip for "security reasons" -- items such as pasta, sage and toilet paper.

Although Israel's Benjamin Netanyahu promised in the wake of Monday's raid that "any goods" would be allowed in, except weapons and materials for making arms and cement -- aid agencies say nothing has changed on the ground. 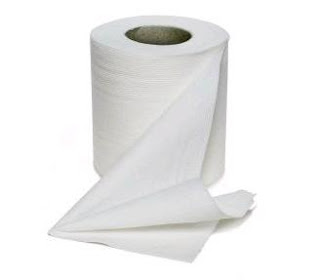 The menace of Palestinian toilet paper to Israeli security. (Avert your eyes.)
Well, actually, here's the list. Well, actually, it's not the official list because Israeli authorities even refuse to disclose the list, but here is what the people on the ground deduce to be the list based on the constant mind-fucking experiences with Israeli officials who approve or deny things based on criteria known only to them.
Israel openly admitted it's reasons for denying the Palestinians any quality of life (right side under "publications.")

Beginning in September 2007, Israel openly stated that it would restrict the movement of goods into and out of Gaza not in order to protect against security threats stemming from the transfer, but rather as part of a policy to apply "pressure" or "sanctions" on the Hamas regime. Until 2007, Israel had stated that its restrictions on the entrance of goods into Gaza stemmed from security concerns – either threats to the crossings themselves which would result in preventing passage, or security concerns stemming from the nature of the goods entering (i.e. "dual use" goods which have both a civilian as well as a military use). With the passage of a September 2007 Security Cabinet decision authorizing restrictions on the movement of goods and people into and out of the Gaza Strip, Israel declared that the entrance of goods would be limited to a "humanitarian minimum"[1]. Israel declared an intention to block goods beyond what is deemed "essential for the survival of the civilian population", halting export, economic activity and production and preventing the passage of items deemed to be a "luxury" (including, at various points, items like tea, sesame, shoes, paper, and school supplies)[2].
[1] See www.mfa.gov.il.
[2] Letter on file with authors, Coordinator for Government Activities in the Territories (COGAT) to Gisha, January, 13, 2010.

So ISRAEL decides what gets in and what stays out, and how much, like a slave-owner. Israel likes to brag about how much aid gets delivered to Gaza. See the Israeli Ministry of Foreign Affairs for the full hasbara treatment (bring your kneepads!).

The glass is one quarter full!! You see?? Look how the Palestinians complain when Israel allows a full one-quarter of their needed supplies. Incessant whiners. Do you have any idea how much work it is to coordinate all these supplies while maintaining a random list of banned items? People. I have told you about the logistical prowess of the Jews, and I wasn't kidding. They can even warp time-zones when necessary.

I have no doubt there was a death list, or a targetted killings list, call it what you wish.

I mean the opportunity ( having to board the ship) lent itself well to the chance to conduct targetted assasinations.

Never let a good opportunity to go to waste.

Thinking of the time square 'bomber', the US gov played that one to the hilt.

yeah pen, between your post about internationalizing Gaza and this link via aan, there are bigger plans afoot. anyway it was no accident.

Please remember folks that the MV Rachel Corrie is still at sea. She will be in greatest peril Friday night/Saturday morning.

chuck, yes will do keep an eye on that. as for likely hot spots and terrorist groups, the abu sayyaf comes to mind as they have links back to pakistan and aq.

also the south america tri border area. just two that i have looked into that are long established yet mostly off the radar and could go live at any time and catch the world by "surprise."

the philippino authorities just rustle up 9 people with no criminal records and accuse them of being involved with abu sayyaf and kidnapping a jehovah's witness 9 years ago.

here they are kidnapping gay beauticians...

ZAMBOANGA CITY, Philippines—Abu Sayyaf extremists are asking for P1 million for the release of the two gay beauticians and a cooperative employee they kidnapped in Sumisip, Basilan on May 27.

so the army is activating a new group to deal with the "demand for strike forces in the counter-insurgency campaign."