"Israeli PM Benjamin Netanyahu says Israel had "no other choice" but to stop the flotilla of ships which tried to break the Gaza blockade on Monday."

Goldman Sachs dumped 43% of its BP shares three weeks before the "accident," 3/31/10. Hmm I wonder if they had no choice.

The devastation is so huge that BP hopes the ocean will dispose of the rotting and dying animals before the pictures get around. They have no choice.

Here's what President Obama didn't see when he visited the Gulf Coast: a dead dolphin rotting in the shore weeds. "When we found this dolphin it was filled with oil. Oil was just pouring out of it. It was the saddest darn thing to look at," said a BP contract worker who took the Daily News on a surreptitious tour of the wildlife disaster unfolding in Louisiana. His motive: simple outrage.

"There is a lot of coverup for BP. They specifically informed us that they don't want these pictures of the dead animals. They know the ocean will wipe away most of the evidence. It's important to me that people know the truth about what's going on here," the contractor said.

...The grasses by the shore were littered with tarred marine life, some dead and others struggling under a thick coating of crude.

...BP's central role in the disaster cleanup has apparently given the company a lot of latitude in keeping the press away from beaches where the oil is thickest. On Monday, a Daily News team was escorted away from a public beach on Elmer's Island by cops who said they were taking orders from BP. BP spokesman Toby Odone denied the company is trying to hide the environmental damage; he noted BP has organized press visits to the spill zone and said BP cannot tell cops what to do.

Except now the bad hurricane season predicted might disrupt the work to stop the leak. Be prepared for more bad news, like more unfortunate delays and failures, until December or worse. I mean, Thad Allan would have no choice but to evacuate and suspend operations if a bad hurricane went through the Gulf.

BP’s attempts so far to cap the well and plug the leak on the seabed a mile below the surface haven’t worked, while the start of the Atlantic hurricane season this week indicates storms in the Gulf may disrupt other efforts. “The worst-case scenario is Christmas time,” Dan Pickering, the head of research at energy investor Tudor Pickering Holt & Co. in Houston, said. “This process is teaching us to be skeptical of deadlines.”

...BP, based in London, says it can’t guarantee the success of its attempt now underway to capture the flow of oil and divert it to a ship at the surface. Thad Allen, the U.S. government’s national commander for the incident, said operations may need to be suspended to allow for an evacuation ahead of a tropical storm or hurricane, during which oil would continue to gush into the Gulf. The so-called relief well being drilled to intercept and plug the damaged well by mid-August might miss -- as other emergency wells have done before -- requiring more time to make a second, third or fourth try, Dave Rensink, President Elect of the American Association of Petroleum Geologists, said.

Obama makes a speech about our energy choices.

The time has come, once and for all, for this nation to fully embrace a clean energy future. That means continuing our unprecedented effort to make everything from our homes and businesses to our cars and trucks more energy efficient. It means tapping into our natural gas reserves, and moving ahead with our plan to expand our nation's fleet of nuclear power plants. And it means rolling back billions of dollars in tax breaks to oil companies so we can prioritize investments in clean energy research and development.

But the only way the transition to clean energy will succeed is if the private sector is fully invested in this future -- if capital comes off the sidelines and the ingenuity of our entrepreneurs is unleashed.

And the only way to do that is by finally putting a price on carbon pollution. 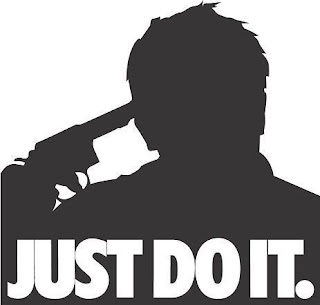 Capice?
(image from getentrepreneurial.com)
Posted by A. Peasant at 9:10 AM

mornin ap...
i have a very heart.. oil is very close to my fav spot on earth.. destin fl, panhandle...

hi kikz. i know, it is really so depressing.