Reports from Kyrgyzstan indicate that certain groups are instigating the violence in Kyrgyzstan, driving in unmarked cars, using weapons, and disappearing. At rallies certain people are whipping the crowds into hysteria. (google translation)

The Provisional Government is taking all measures, but while the situation remains complicated. To date, it is well known that there are instigators and provocateurs, including a group of persons who in cars without number plates appear in different places, use weapons and disappear. In this situation, people are very easy to provocations, so I would urge people to remain calm and not to succumb to provocations.

...Instigators and rumormonger probably now realize that all their actions lead to such disasters. Yesterday, in Bishkek, will go out the young, among whom were specially trained women and elderly people, who understand perfectly well where and what to say, and many of the patriotic feelings yield to emotions, and the crowd became uncontrollable.


Reports are that these people are not Kyrzygs or Uzbeks. They are of a different nationality, as yet unidentified. As pointed out yesterday, Russia hesitates to get involved.

Talking about the sources of destabilization of the situation in the south, M. Sariev noted that all the events in the south of choreographed, and they are not accidental. As he said, autonomous groups of provocateurs fired in the Kyrgyz and Uzbeks. "In fact, they are a different nationality - this is already confirmed.  There is a big game, which is not confined only to Bakiyev, they are simply executing an ordinary plan - players.  In fact, there is global competition on a global level ", - he said.

The political scientist believes that Russia has delayed send troops into the republic, because he's afraid to get involved in a second Afghanistan, and the peacekeepers will be perceived a certain part of the population of Kyrgyzstan, as an occupying force. If they will continue to procrastinate, and the number of casualties will be much more, then no one will perceive their actions by the occupation. The greater the pause, the chances of them growing enter painless "- he said.

Unknown third parties instigating violence between the Kyrzyg and Uzbeks? And then of course the Kyrzyg and Uzbeks look to Russia to come and help. Russia knows that there is a third party involved, and this third party wants Russia to get involved. If Russia does not help, Russia will be portrayed as weak. Russia will be portrayed as leaving the poor Kyrgyz and Uzbeks to kill each other without intervening, right in Russia's back yard.


But if Russia *does* get involved, Russia may never get out of there.


What about neighbor Kazakhstan? Yes, Kazakhstan worries greatly about their neighbors in Kyrgystan, but not so much that they will actually do anything about it.


Kazakhstan does not see a necessity of bringing peacekeepers into Kyrgyzstan, Advisor to the Kazakh President on political issues Ermuhamet Ertystaev stated, Interfax agency informs. According to him, “for regulation of the situation in south Kyrgyzstan, there is no need yet of full-scale interference of the third parties represented by CSTO peacekeeping forces”. “Kyrgyzstan is simply obliged to get out of this difficult situation itself”, said Ermuhamet Ertystaev.

According to the Kyrgyz Ministry of Interior, at least 847 nationals have been taken from the conflict zone in the south Kyrgyzstan....At least 6 police officers on duty have been killed and 17 officers have gunshot and missile wounds.

Where *do* these locals get their missiles? At the corner store? No. Actually, these are brought in with the people who come in from wherever they come from to start trouble in Kyrgyzstan. And as they do so they kill both Uzbeks and Kyrzyg civilians, women and children, with impunity.


“There is a mass of evidences that the events happening in the south of Kyrgyzstan are not an interethnic conflict, but the “work” of hired militants from outside”, ex-MP Maksat Kunakunov stated to the NA 24.kg with reference to the leaders of Birimdik.kg youth movement that formed voluntary people’s guards, helping the authorities to establish order in Osh city.

“The guys can provide these evidences both to journalists and force structures. It has been certainly known that so called interethnic conflict in the south has been initiated not by representatives of two peoples, but by a gang of mercenaries. These gangs sent Osh oblast snipers, who are just shooting both Uzbeks and Kyrgyzs”, tells Maksat Kunakunov.

“Not but that the Kyrgyz Interim Government is unable to manage the situation, it is simply obvious that – in order to suppress the provocation activity from outside, victims of which have become tens of innocent people, including children, elderly people, women – we need peacekeeping forces, especially CSTO troops, as soon as possible”, notes Maksat Kunakunov.

“All those who rebuke the Interim Government of KR that it leads the country to external management are also provokers, because in case of arrival of the CSTO in Kyrgyzstan the mercenaries will be deprived of the opportunity of expansion of the territory of their criminal activity, and it is obvious that they will be subject to liquidation – according to the law of war time”, he considers.

Maskat Kunakunov has provided contact details of the leaders of the youth movement, located in Osh, the NA 24.kg journalists are trying to contact them, in order to get information at first hand.

How does the spin go for The West?


War in Kyrgyzstan: what is causing the violence?

What indeed? Could it be the massive organized crime hub running out of that country, funneling drugs from Afghanistan to markets around the world, especially Russia? Under the watchful eye of the Americans at Manas?
Um, no.

A succession of corrupt, repressive regimes and chronic poverty are at the root of Kyrgyzstan's troubles.

...Analysts say a power vacuum since April has allowed opportunists to fan political tension for their own ends. The absence of strong government "has provided opportunities for clans to exploit social tension", said James Nixey, a Russia expert at the Chatham House thinktank, although he argued that the tension within the country stemmed more from poverty and social exclusion and had more of an intra-ethnic than inter-ethnic nature.

...As tens of thousands of Uzbeks flee to the border and await entry into Uzbekistan, there are fears among other central Asian nations that the violence could spread. It will also worry the US, which operates a military base near Bishkek, supplying troops in Afghanistan. The US is having to use Bucharest, Romania, as a transit point for troops flying home from Afghanistan because of instability in Kyrgyzstan.

In its gloomy report in April, the International Crisis Group warned that the collapse of the Bakiyev regime was a case study of the risks facing authoritarianism in central Asia, where Kazakhstan, Tajikistan, Turkmenistan, Uzbekistan and Kyrgyzstan have been governed by strongmen in the old Soviet mould. "What happened in Kyrgyzstan in terms of corruption and repression is already taking place in several other countries," said the ICG. "What happened in Bishkek in April 2010 could happen in most of its neighbours. It could indeed be much worse."

But outside powers, particularly Russia and China, who covet the region's extensive natural resources of natural gas and hydro power, and the US, with its base in Kyrgyzstan, show little interest in fostering more responsible rule.

Did you catch that? It's Russia and China who COVET thy region's extensive natural resources, and the US is merely quite innocently operating a military base. 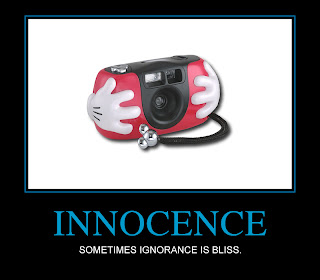 If I had to venture a guess here it will be the ctso which eventually sends in some people to quell this.

This is probably show time. Does this organization work or not.

yes i would think the only way to go here is for that bloc of countries to leverage themselves.