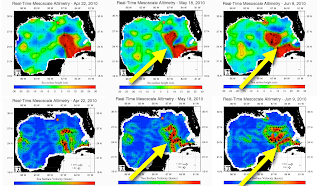 Figure 1. Loop Current broken? click to enlarge
Enlarge the image. You can see how a big ring has broken off the current so that the water is not flowing up and through the Gulf, but just sort of doing a drive-by.


Here is the article.

As displayed both by the sea surface velocity maps and the sea surface height maps, the Loop Current broke down for the first time around May 18th and generated a clock wise eddy, which is still active (see Fig. 1).

...As of today the situation has deteriorated up to the point in which the eddy has detached itself completely from the main stream therefore destroying completely the Loop Current, as in figure 2 below, dated June 12th 2010.

...Since comparative analysis with past satellite data until may 2010 didn’t show relevant anomalies, it might be therefore plausible to correlate the breaking of the Loop Current with the biochemical and physical action of the BP Oil Spill on the Gulf Stream.

It is reasonable to foresee the threat that the breaking of a crucial warm stream as the Loop Current may generate a chain reaction of unpredictable critical phenomena and instabilities due to strong non linearities which may have serious consequences on the dynamics of the Gulf Stream thermoregulation activity of the Global Climate.

"Bloggers have identified three BP images this week that appear to have been altered using photo editing software." Go see.

And tropical depression 3 is on the way. 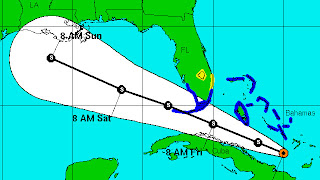 The weather showed significant signs of intensification during the overnight hours into Thursday morning with thunderstorm activity increasing, CNN meteorologist Sean Morris said. If the system develops sustained winds of 39 mph or higher, it would be named Tropical Storm Bonnie. Several forecast models show that the system could move into the Gulf of Mexico, which could threaten operations this weekend to contain the BP oil spill, Morris said. (CNN)
Hmm. Doesn't sound that bad but work has already been halted.

BP Senior Vice President Kent Wells said that although boats and crew remain at the Macondo site, work on the relief well was stopped Wednesday to give hundreds of workers time to leave if necessary. Evolving plans for an additional effort to seal the well from above were put on hold.
...Anxiety built Thursday among the 75-member crew aboard the cutter Decisive, the Coast Guard's primary search and rescue vessel that would be the last of about 65 ships to leave in the event of an evacuation, the Associated Press reported.
"It's a controlled chaos out there," Lt. Patrick Montgomery told an AP reporter aboard the cutter heading from Pascagoula, Miss., to the spill site.
The Shell Oil Co. announced Wednesday that it was preparing to take all non-essential personnel off its platforms and rigs in the eastern gulf as a precaution. Spokeswoman Kelly op de Weegh said the move was triggered by the possibility of bad weather rather than any clear threat.

Anxiety built Thursday. You know, today is Thursday and I read that story first thing this morning. I guess they knew in advance that the anxiety was going to build.

It is so REFRESHING to see how careful they are being.


And a SECOND oil spill has also been spewing for the past seven weeks!

The rig was damaged during Hurricane Ivan six years ago, and it was a really bad hurricane so we should be understanding that is hasn't been straightened out in the meantime. What do you think these oil companies are made of money?

Reportedly this rig has also been leaking since April.

"Taylor Energy says the Coast Guard and the Federal Government have been aware of this spill."

And have the American people been aware of this spill? 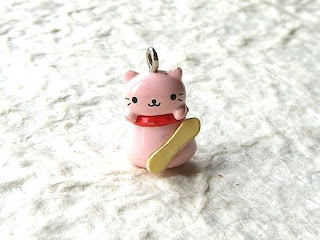 i think they meet at bohemian grove this week.

Check the bottom of my photoshop when you get a chance. I put bama's head on Ceasar.

that would be a good site just to collect info on the gulf and the earthquake stuff.

There's some major alarmism going on. What's the agenda?

Re Zangari's 'the Gulf Stream is broken' report: I've spent a few hours looking at the data on the CCAR site and there is nothing happening that hasn't been seen before (see for example aug15 - sept1 2009). This 'theoretical physicist' needs lessons from an engineer on how to read data. He is presenting data over too short a period and drawing false conclusions.

yes, well this is the problem when scientists have sold themselves like prostitutes to big business. so which ones are we non-science-y people to trust?

i wouldn't trust simmons to tell me my own name. his agenda seems to be nuke the thing.

as for the others, don't know. laudau is correct re: simmons in my opinion, but honestly i don't know scientists one from teh other in terms of credibility.

the whole situation puts laypeople at an extreme disadvantage, which of course is intentional and part of the psyop. it forces people to try to make sense of it and then when they make mistakes they are opened up to ridicule for not knowing science. well yeah. give us some honest scientists then. back to square one: who to trust.

A real-world report on the loop-current here: http://www.tampabay.com/news/environment/as-loop-current-splits-south-florida-catches-a-break/1110244
Its just another natural cycle and the loop splits every 9 months or so.

I'll need to look into Zangari - something fishy there. His report seems to be deliberate disinfo.

wow that story is positively rosy in comparison. hmm.