a beautiful day in the neighborhood

War is coming – that much is certain. The engine of the economic system is spluttering out like a V-1 doodlebug on terminal approach. The people of the industrialised societies have reached a saturation point of ‘consumer goods’. Do you really need another 50 inch or 3-D TV? Destruction is an excellent way to create demand for new consumption. Remember that money is really debt so any new currency requires a demand for borrowing.

Destruction is an excellent way to create demand for new consumption...


via There Are No Sunglasses

The citizens of the world will be seduced by the rallying cry of patriotism and principle as we have been twice before. Once more we will butcher millions (billions?) of our fellow man for reasons of media induced programming. (Will you like this? Probably not.)

That's what the "mosque at ground zero" narrative is for. Rudy Guliani casts his aspersions at the Muslims, playing his role in the scripted drama. Just like he did before. He's a star. 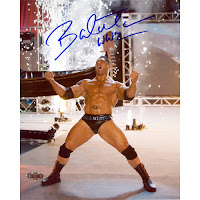 The table is set. The goose is cooked.

If Israel were planning to strike Iran then that would explain the requirement for the large amounts of JP-8 fuel. However, it does not explain Israel’s need for such large amounts of gasoline and diesel fuel since an Israeli strike against Iran is unlikely to include any type of ground incursion into Iran for which these fuels would be used. The only conclusion one can draw, if Israel is not planning to actually invade Iran, which, clearly, it could not, is that Israel is planning to use the gasoline and the diesel fuel for some other ground incursion – and that can only mean an invasion of Lebanon and possibly the Gaza and West Bank when an attack against Iran is launched.

This massive order begs the question; is the final confrontation imminent? And, if not, then what is all this fuel for?

Time will tell. Jet fuel, if it’s going to be used in peak condition, doesn’t have a very long shelf life.

[August 18, 2010 [Dow Jones] - Vitol Group, one of the world's largest marketers and distributors of crude oil and petroleum products, is building up its flotilla of tankers slated to store jet fuel in Northwest Europe, shipping reports show. The company has booked five tankers, with a potential to hold 450,000 metric tons of jet fuel in August, at charter rates ranging between $17,000 and $20,000 a day, the survey of shipping fixtures shows. Ship brokers based in Asia say the ships are likely to be loading in the Persian Gulf and Northwest Europe.
The current time spreads or contango--where near-term product prices are cheaper than deferred prices--on the physical jet fuel market are keeping floating storage attractive.]

In the Middle East we see the end phase of a diabolic plan. The criminal state of Israhell was built on the lie of a holocaust of Jewish suffering – on its second attempt. Read the article and the link between suffering of ‘6 million ©’ and the creation of that Rothschild plaything is obvious. The script has been carefully crafted and the existing population is now at the magic number.

The majority of jewish people have no knowledge of their collective manipulation and have been traumatised by nearly a century of persecution lies and over 200 years of false history. That myth now lies forever rebuked by the bravery of a few historians and in the images of the broken, blood soaked corpses of Gazan children.

A puritanical religious regime of cold blooded supremacists demand more war in their name and threaten the ‘Samson Option’ to demand compliance. Be careful what you ask for – you might just get it. They will be the match to light a giant satanic bonfire of humanity. On that day the Rothschild’s will simply break out the marshmallows. The story of the real holocaust will rise forever from all our ashes. 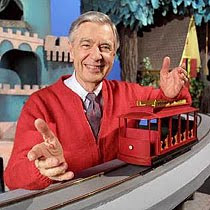 Thanks for the repost A.P.

The Lataan link on jet fuel just about sets the time line doesn’t it? Funny enough I got this from Urban Survival today. Quite interesting how physical ownership of commodities like oil may be beneficial very soon.
http://gonzalolira.blogspot.com/2010/08/how-hyperinflation-will-happen.html

When the grand slam happens it will do so quickly. Great work on the threat to Lebanon’s Litani river.

my pleasure Chuck. you are very strong on the economic side of this God-forsaken mess.

btw do you know how long jet fuel stays "fresh"?

I don’t have an exact timescale A.P. I did a quick bit of research and JP-8 is Naphtha based and is similar in nature to diesel fuel. The main issue with it is water contamination. Boats would not be the ideal place to store the stuff. It would need treating after any extended length of time.

I know that some or the newer blended car fuels will degrade within 8 weeks due to the evaporation of some of the additives. This came up in a discussion of all the Florida folks needing to bug out.

They may be buying it prior to a financial collapse when purchase in the open market with dollars would be next to impossible. Any time in the next 12 weeks is my guess. That takes us to the end of November. An uncomfortable crossing of paths with the Alto report.

I’m no financial wizard A.P. My family and I are living check to check like most folks. If I were to hit a lottery win I would be buying physical metals - gold preferably but especially silver.

thank you Chuck for your insights. i would say twelve weeks seems generous. i'm seeing things about the end of Q3, financial things, that i would think push the agenda to beat that date, but who knows.

and truly no wizard here either not by a long shot. it's pretty scary and has been so for a loooong time.