convoluted chicanery then? - with various updates

Don't miss the update at the bottom.

Anyway, here's the document the BP memo addresses, from Nancy Sutley, dated 2/18/10, to the heads of federal departments and agencies. It's a memo about defining categorical exclusions, those actions which are not expected to cause any environmental impact, which includes routine things like paying employees, financial transactions, building maintenance, etc. Rubber stamp sorts of things do not require an Environmental Impact Statement (EIS).

...I think what that means is that if an agency wants to put something in the rubber stamp category, then it really needs to be sure that there's nothing like a "threatened or endangered species or historic resource" that could be damaged. Otherwise, sorry, but no rubber stamp.

QUESTION: Does the Gulf of Mexico qualify as an "historic resource?"

Will these videos be removed for Violating Youtube's Terms of Service?

We have had to look at a number of factors, to determine whether they present a picture, all together, which make the allegations either true or untrue. None of these elements on its own either establishes or disproves the allegations. Together, they paint a picture.

Many of the pieces of evidence we considered, in themselves, do not constitute ironclad proof of the allegation. But their non‑existence might well have constituted disproof. The combination of these factors, particularly when there are so many of them, has the effect of making the allegations believable, even when any one of them in isolation might not do so....

That was from a paper on organ trafficking by David Kilgour, Former Secretary of State, Canada, and David Matas, Human Rights Lawyer and senior legal counsel of B'nai Brith, Canada.

NEW ORLEANS -- More than two weeks after a cap managed to stop the flow of oil into the Gulf of Mexico, the amount of oil on the surface of the water is becoming harder to find with each passing day.

That leaves a new mission emerging in the oil spill response: how to account for what happened to potentially hundreds of millions of gallons of that oil.
"There is going to be an amount of oil that will probably unaccounted for and the question is, 'where is that at?'" said retired U.S. Coast Guard Adm. Thad Allen, the on-scene federal coordinator for the oil spill response.
Scientists on several research vessels with the National Oceanic and Atmospheric Administration are now trying to figure out just what happened to all the oil. Allen said they are trying to finally get a handle on the flow rate -- how much oil spewed uncontrolled from the well for three months -- and they are trying to figure out how much oil may have been removed through the response efforts.
"That doesn't mean, there may be oil out there and we don't know where it's at," he said. "What it means is we need to continue to look."
It's not just a question, though, of where the oil might be. It's also a question of how much oil may still be out there on the water. Anne Rheams, director of the Lake Pontchartrain Basin Foundation, said her concern is that the oil will be around for a long time, requiring a constant look-out along coastal Louisiana and below the water line.
"I think a lot of people are concerned about the oil plumes. There's a lot of oil that was out there," Rheams said. "The lake foundation is going to monitor this thing for years. I think everyone is. We don't know the long-term impacts this thing could have on this estuary and other estuaries."
During a news conference in New Orleans on Monday, Allen admitted it's possible oil could continue washing ashore, with little to no surface warning, well into next year.
"Maybe into next spring, because some of this oil may be brought up because of storm conditions, or may be relocated," he said.
Allen also said he hopes to have a report ready to be released in the next two to three days, with a tally of how much oil spewed into the Gulf from the Macondo well.

On Monday, the government released its estimates of how much oil was released into the Gulf before the well was capped on July 15. In all, they now believe that 4.9 million barrels of oil were released, which translates into more than 200 million gallons of oil. They also estimate that the response efforts were able to contain just over 33 million gallons of that oil.


"To even drill and produce a well with conditions that exist in deepwater GOM locations is an effort of herculean proportions and DOESN’T leave room for a bunch of convoluted chicanery as expressed by Peasant."

Insufficient evidence and hero worship then? 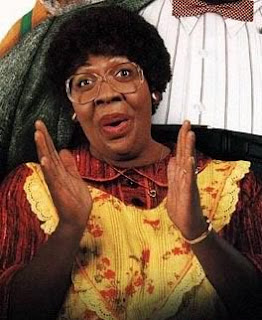 In the video series a survey ship is mentioned, the M/V Miss Ginger. While searching for the Miss Ginger I came across this blog listing the ships around the site as of June 27, 2010.
Surprising me no end, practically inconceivable, do I spot the following ships on the list, under Support Vessels:

Most of the multi-service vessels are equipped as deepwater ROV tenders, but to the best of my knowledge, video from their ROV's has not been published.

"Today, Abdon Callais Offshore, LLC. is one of the fastest growing Marine Transportation companies in the Gulf of Mexico. We were successful in making the distinguished list of INC. Magazines "Top 500 Fastest Growing Companies in America" for Four Straight/Consecutive Years.  Our ABS accredited Quality Safety Management System is designed to efficiently and effectively run our daily operations keeping Quality, Health, Safety, and Environmental issues at the forefront of All operations.  We currently operate a range of vessels designed to carry personnel and a wide variety of cargo to any offshore installation or location." ~ homepage

Yes more proof that killers are on the lose. They are kicked back in corporate board rooms and governor's mansions. There is about as much chance of them discovering they have a human soul as finding out who the guy on the grassy knoll was.

There is one good question presented in the films, where are the EPA, police, FBI, Army Navy and Marines? What are they drawing checks for, to sit on their ass and look stupid? It looks like the American taxpayer is shelling out a lot of phoney worthless money for nothing.

Of course all this started in April the beginning of satanic ritual sacrifice days, is that the bottom line?

A.P. a story at blacklistednews says the SEC is investigating insider trading allegations over BP stock selling shortly before the "leak." Leak is a funny one isn't it the last time there was a leak like this Noah was building an ark. Like the Warren commission, 911 investigation this will have about as much teeth and truth as a grammaw with her dentures out. Interesting point about the satanic ritual Dublin. The "leak" started on Hitler's birthday April 20 and ten days before Walpurgisnacht.

Peasant this is worth a look here and what I have somewhat suspected. New Orleans area is a great port, full of oil, just too many people. Agenda 21 taking effect. As incredible as it may seem this may be what is taking place.

The idea of destroying all of Florida never made sense. The best people own Disney, West Palm Beach, large areas of Miami and the Keys as well as many inland areas. Many areas of the south are feeling the effects of this however, plants and crops.

*Gasp* that is scary D.M. and here I thought our government was honest and always had our best interest at heart. Mommygov would never hurt me *sniffle*. Why would they want all that ocean front property and get rid of all those dark skinned people and old people on social security (useless eaters). China would love a playland down there in the gulf wouldn't they it would make up for the billions, trillions (?) we owe them. Kick the people out and set up casinos and resorts now that is some hopey presto changey we can believe in.

Here we go again! Chunk of the wellhead blown off by methane hydrate!

wow that last one is creepy plus. what the heck?

thanks for the links on agenda 21 dubs.