don't we have classes on bullying?


The US warned Lebanon that if it did not prevent any recurrence of the border-fire incident that occurred earlier this month, the IDF would destroy the Lebanese Armed Forces within four hours, Israel Radio cited a report by Lebanese newspaper A-Liwaa on Friday.

According to the report, Frederick Hoff, assistant to US Middle East Peace Envoy George Mitchell, told Lebanese Army chief of staff Jean Kahwaji that Israel was ready to implement a plan to destroy within four hours all Lebanese military infrastructure, including army bases and offices, should a similar confrontation occur in the future.

IDF Lt.-Col. (res.) Dov Harari, 45, was killed and Capt. (res.) Ezra Lakia was seriously wounded, as well three LAF soldiers and one Lebanese journalist killed, when both sides exchanged fire after IDF soldiers attempted to cut down a tree on the Israeli side of the border.

The IDF had informed the UNIFIL peacekeeping force along the border ahead of time of the intended tree-clearing operation. 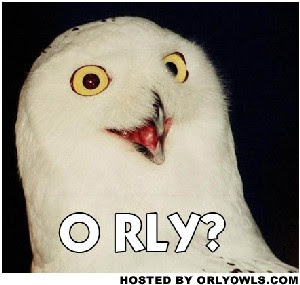 UNIFIL later confirmed that the IDF troops were on the Israeli side of the border when the incident occurred, contradicting LAF claims that Lebanese sniper fire directed at the Israeli troops had been justified by an incursion upon Lebanese territory.

Let us go back in the time machine. Penny had covered this tree-cutting incident at the time.

I just came across another interesting little tidbit in the news.   And, I quote-


UN Under-Secretary-General Alain LeRoy told reporters in New York on Aug. 4.
Israel rejected the UN’s offer to cut down the tree, he said.

Why would Israel do that?

Put that together with the fact, that as I had previously mentioned Israel had failed to notify the UN that they were removing the tree when they did.


Along with the fact that Israel had apparently not co-ordinated its gardening expedition with the Lebanese via the UN.

Then remember that this specific area where Israel was removing trees, was immediately disputed by Lebanon when the UN drew the arbitrary blue line

Israel had a number of options regarding the disputed trees.

-Israel could have just left the trees knowing this was a disputed point along the blue line and that the tree was north of their own techinical border. But they didn't!

-Israel could have had the UN remove the trees. But, they didn't!

-Israel could have notified the UN who could have coordinated with the Lebanese, and supervised the tree removal. But, they didn't!

The only conclusion that can be drawn is that Israel was looking to provoke and that the tree removal excuse was a cover for the provocation. They wanted a response and they got it.

Also interesting was the intention by Israel to escalate this provocation into an all out attack.


Press reports on Wednesday said Arab states and Western countries, including Egypt, Jordan, France and the United States, made contacts at the highest levels of israel to prevent the Jewish state from launching a wide-scale military strike against the Lebanese army following the armed clashes last week in southern Lebanon.

French sources told Asharq Alawsat newspaper that the Israeli Defence Minister Ehud Barak told French Foreign Minister Bernard Kouchner in a telephone conversation after the deadly clash in southern Lebanon,Israel was "intending to carry out a major military operation to discipline the Lebanese army and to "retaliate for the killing of a senior Israeli officer."

In other words Israel was looking for a fight. 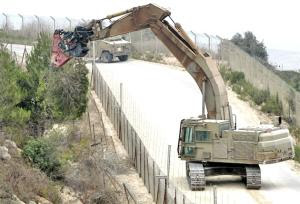 And as Penny rightly remarks in another post on this subject, "(noting again, the methodology of removal, necessitated by the fact of the tree being on the other side of the border)"....

Here is another take on the border clash between Israel and Lebanon:


Lebanese Information Minister Tareq Mitri said on Wednesday that the trees cut down by Israeli troops which led to deadly border clashes with Israel "were on Lebanese soil," contradicting a statement by the UN peacekeeping force saying the trees were on the Israeli side of the shared border.

"The trees were south of the Blue Line, but in Lebanese lands," Mitri told a press conference in Beirut, noting "the Blue Line is not the international border, and Lebanon always has its reservations about it. Yet, Lebanon has always respected the line. "


"The Israeli forces acted without coordination with the UNIFIL, which was considered a provocation by the Lebanese army," he said.

...The UNIFIL statement added that the area where the clashes took place was a subject of reservation by the Lebanese government when the Blue Line was drawn.

What this means is... the minute this arbitrary line was drawn Lebanon contested the line.
Israel was surely aware of that, since they raised concerns about other sites, but not this one.


The Israeli government had similar reservations about other sites, the statement noted.

The fact that Israel did not raise concerns about the specific site where the clashes took place indicates to me, they know they had NO legitimate claim to that area.

Therefore the cutting of the tree was a clear provocation by Israel, as was intended.

And there's ONE reason why.

Absolutely pathetic that this shit goes on and our establishment pretends that this is all perfectly legitimate. When war comes again, we at Twelfth Bough, and our friends and readers, will know who has blood on their hands. It's all the people who manufactured these lies, and/or passed them along as truth, and/or refused to see them. That's a lot of people. Especially all those people who just don't want to know, who bury their heads in the sand and pretend this is all going to magically work out ok.

darn does that mean, I can not be rude in a gratuitous manner?
Can I be rude in another manner?
sorry...jokin.

Very good and btw, I am going to drop you a line, keep an eye on the mail...

Do you have an e-mail addy for james?
I haven't seen him about and think he may be interested in this one also.

ha yes it does. not that i put that in for your benefit....

will send you the email separately.

Don't you worry the neanderthals are going to get that Littani River if they have to go over in Lebanon and fire a rocket back at Isreal to justify it.

This New World order is really something. I am getting the idea our boys can just run all over the world and do whatever they want and the rest of us get micro vans roving through the neighborhood and cautionary warnings about crazy talk like the constitution.

I think I will go to the store tomorrow and get me some good gulf shrimp to fry up..

hey pen i left a comment at your place to please resend your email. i got it yesterday and now it's gone.

Hey AP,..Here here! My mates that are still serving say that there is a tangible sense of doom. Looks like the tribe are set to start the next big one.

well to aan's point, if/when that happens it will be most likely in conjunction with another incident elsewhere.

could be currency collapse. could be something in south america, central america, mexico. they are not going to do their thing to lebanon until our attention is occupied by something closer to home (in US).

Well my garden is wilting down, they certainly have my attention.

John K. says he is back home on the gulf and things don't look to good, skanky vegetation and strange clouds.