The First Persian Gulf War,. Jan.–Feb., 1991, was an armed conflict between Iraq and a coalition of 32 nations including the United States, Britain, Egypt, France, and Saudi Arabia. It was a result of Iraq's invasion of Kuwait on Aug. 2, 1990; Iraq then annexed Kuwait, which it had long claimed. Iraqi president Saddam Hussein declared that the invasion was a response to overproduction of oil in Kuwait, which had cost Iraq an estimated $14 billion a year when oil prices fell. Hussein also accused Kuwait of illegally pumping oil from Iraq's Rumaila oil field. (infoplease: Persian Gulf Wars)

A partner for peace? 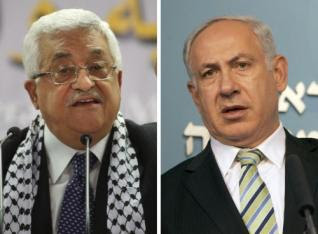 "Abbas (L) and Netanyahu are expected to go to Washington in September to start the negotiations, which will address the status of Jerusalem and the right of return for Palestinian refugees."
"...The last round of direct talks collapsed when Israel launched a devastating three-week offensive in Gaza in December 2008 in a bid to halt rocket fire from the enclave ruled by the militant Hamas movement."
Macau Daily Times
Posted by A. Peasant at 10:30 AM

Wonder if the IDF plants fired the rockets from gaza?

All you ever wanted to know about Khazars

Looks like BP was lying again, the cement did not stop the macondo well, the earth did, sea floor collapsed and feds admit it. The planet herself is making it harder to kill us.

Florida Atlantic University was right! The tidal wave did not happen.