would a false flag have to come first?

Chossudovsky says that Israel can not start an attack on Iran without the green light from the US. He says it is literally impossible due to integrated military technology between Israel, the US, and NATO. He refers to this document: Memorandum for: the President, From: Veteran Intelligence Professionals for Sanity (VIPS); Subject: War with Iran.

"The issue is far more complex. It is technically, from a military standpoint, impossible for Israel to actually launch a war on Iran without the green light from the United States."

Let's assume he is correct.

That means something big would have to JUSTIFY the United States giving the green light. An attack on the United States would do it. [8/6/10: Or in case there is no event (false flag) to "justify" the green light, let us then be very clear that our "leaders" gave the green light for no legitimate reason. Because IN TRUTH, there is no legitimate justification for war with Iran. Such a thing does not exist, and that has always been the "problem." That's why they talk about it all the time, trying to create something out of nothing, to conjure it up in the imagination and to arrange some fig leaf of an excuse. Remember the January 2008 "attack" of Iranian boats that the US Navy later admitted to splicing together? So the issue will be whether we get a fake justification (false flag) or will they just do it and dispense with bothering to convince people that it was necessary.]


Does Iran have any incentive whatsoever to attack the United States, directly or through any proxy, knowing that the moment they did such a thing, the green light would be given to Israel to attack Iran?
No. No incentive. I'm not seeing it.

The only people with an incentive to see the United States attacked, and blamed on Iran, are the Israelis and their sayanim around the world.

That is why we have the heightened expectation of a false flag terrorist attack on the United States or its interests.

While it could come from anywhere, the narrative ground has been well prepared for an attack from alleged terrorist groups operating in Mexico or South America (see: trip wires, violence around the world). The narrative is very important, because the story must be told quickly to the American people. It must sound believable, plausible; and there must be enough history to JUSTIFY snappy conclusions and a fast response, before the dust settles and anyone can poke holes in the arguments.

Stratfor, think tank, tells us that the Juarez cartel grows desperate and might do something drastic, like bomb an embassy or some such.


Mexico's Juarez cartel gets desperate ("This report is republished with permission of STRATFOR.")


When considering the threats in Juarez that led to the closure of the U.S. consulate, it is useful to examine the building itself. The consulate is housed in a new building that was constructed in accordance with security specifications laid out by the U.S. State Department’s Standard Embassy Design (SED) program, standards first established by the Inman Commission in 1985. This means that the building was constructed using a design intended to withstand a terrorist attack and providing concentric rings of security.


...Despite the security design of the Juarez consulate, a VBIED attack would likely cause substantial damage to the facility and could result in the deaths of people outside the building. Perhaps the most vulnerable people during such an attack would be the hundreds of Mexican citizens (and other foreigners) who visit the consulate every day to apply for immigrant visas.
...One other intriguing point about the security at the U.S. Consulate in Juarez and its closure due to La Linea’s VBIED threat is that the incident did not occur at a diplomatic post in a far-away terrorist hotspot like Yemen, Iraq or Pakistan. The U.S. Consulate in Juarez is located less than seven miles from downtown El Paso, Texas.

Let's note that the March 1992 bombings of the Israeli embassy in Buenos Aires was blamed on a Hezbollah suicide truck bomber even though evidence showed with 99% certainty that the bomb was actually inside the building.


According to most media accounts and the US State Department’s annual report on terrorism, the bombing was the work of a Hezbollah suicide bomber who drove a truck into the building. [Los Angeles Times, 5/8/1992; Patterns of Global Terrorism, 4/30/1993; Fox News, 10/5/2007] However, a technical report ordered by Argentina’s Supreme Court will find that the bomb was placed inside the building: “Court official Guillermo Lopez said that the investigation had ascertained that the explosives had been located on the first floor of the diplomatic headquarters. ‘The engineers established, with 99 percent certainty, the exact location where the explosives were and the quantity that was used.’” That conclusion is angrily rejected by Israel. [NotiSur, 8/16/1996] The case remains unsolved. [Ha'aretz, 3/17/2008]

The Dallas Morning News tells us that these drug cartels are terrorists, out of control, silencing journalists and threatening National Security.

Northern Mexico continues its descent into chaos. If any doubt remains about which side is winning the country's drug war, go ask a Mexican journalist in Nuevo Laredo to explain it.
Can't find one? That's probably because they're hiding and refuse to receive visitors at their newspaper and television offices. Cartel informants are interspersed among their staffs, so nobody dares speak openly about what they know. Another possibility is to pick up a newspaper and read all the articles about rampant drug violence in Nuevo Laredo.
Can't find those articles? That's because publishers have been terrorized into self-censorship by drug gangs and no longer are willing to risk reprisal by publishing stories that shine a negative light on the thugs. "We are under their complete control," a veteran reporter told The Washington Post.
Last month, four Nuevo Laredo journalists were abducted while covering protests outside a prison whose guards had armed prisoners and let them out at night to conduct attacks against rival drug groups. The journalists' captors demanded that television networks broadcast video statements by men who, under apparent duress, said they worked for the Zetas drug gang, one of several vying for control of lucrative smuggling routes into the United States.
The networks complied, marking a new milestone in which the drug terrorists had not merely silenced the media but actually dictated the news they report.
"Mexican authorities cannot allow criminal groups to control the flow of information. Citizens' right to free expression and the stability of Mexican democracy are both at stake," says Carlos Lauría, of the U.S.-based Committee to Protect Journalists.


That's the warning this newspaper sounded long ago as Mexico's violence took a sharp departure from old Mafia-style drug hits and instead began resembling the kinds of beheadings, torture, kidnappings and other terrorist tactics used by al-Qaeda.

It's no coincidence that this is happening just on the opposite side of the border from where Interstate 35 begins its path from Laredo through San Antonio, Austin, Dallas and other major cities.

American drug consumers are funding this rampage of death, which has cost 25,000 Mexicans their lives since 2006.

Make no mistake: This is terrorism, and the groups behind these actions have directly threatened American lives and U.S. national security. Under U.S. law, they should be placed on the State Department's list of foreign terrorist groups, which would seriously raise the ante for anyone conspiring with them to smuggle money and weapons southward or drugs northward across the border.

This country can no longer ignore our role in the terror spreading across Mexico. American illicit drug users supply the funding, while the rest of us act like it's not our problem. Meanwhile, northern Mexico's fragile free press slowly fades into extinction.

No word on the BANKS like Wachovia laundering billions of dollars of drug money. No word on the American Special Forces operating without oversight in Mexico, and the US making deals with important drug bosses for a decade.

National Security. Are we going to talk about that again now, as if it really exists? As if we have some? As if starting WWIII will help protect it? 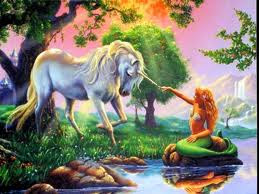 National Security
Posted by A. Peasant at 10:20 PM

. . . . not to mention also where the majority of the armaments come from - the US. Then there's the little issue of the CIA running cocaine into the US from Mexico for the gangs. (Link via Aangirfan)

From this Congressional report "Although Mexico accounts for only a small share of worldwide heroin production,
it supplies a large share of heroin consumed in the United States. An estimated 90%
of cocaine entering the United States transits Mexico."

So where do the drug/terrorist organizations get their heroin from? Where is 90 plus % of the heroin in the world grown?
Answer: Afghanistan/Kyrgyzstan.
Who controls the growing and transporting of heroin out of these countries?
Answer: The US Military and specifically, flown out of Manas Air Base, Kyrgyzstan.

So this chaos in Mexico and the US border region is being neatly controlled from start to finish from the US by the military/political establishment there it appears.

I think Mexico is being set up for US military intervention as a precursor to political absorption.

thanks James. yes that sounds about right to me. the military is the invisible hand. massive quantities of drugs get moved around the world as though by magic, no one can ever quite figure it out or do a thing about it, and yet to look in the obvious place -- who has the planes and guns and technology and connections to pull such things off? -- cannot be countenanced.

because they're all boy scouts every last fucking one of them, so i'm told.