protecting their investigative powers then? - updated

"Fine called on the bureau to discipline the agents, throw out the results and come up with a new test to see if FBI agents understand new rules allowing them to conduct surveillance and open files on Americans without evidence of criminal wrongdoing."

Perhaps we would all like to understand what sort of rules ALLOW the FBI to conduct surveillance and open files on Americans WITHOUT EVIDENCE OF CRIMINAL WRONGDOING.

"...the surveillance guidelines themselves... enable the targeting of people for investigation when there is "no factual basis to support that speculative belief.""

Pretending that they don't already watch and read anything they want to, at anytime.... "Federal law enforcement and national security officials are preparing to seek sweeping new regulations for the Internet, arguing that their ability to wiretap criminal and terrorism suspects is “going dark” as people increasingly communicate online instead of by telephone."


"Law enforcement officials contend that imposing such a mandate is reasonable and necessary
to prevent the erosion of their investigative powers."
What a sob story.


Let's skip over all the arguments why this would be risky and bad for business, etc. etc. etc. Who cares? Why worry about theoretical start up businesses and the issues they might face down the road when we don't even have a working economy or anything remotely resembling privacy?

Does anyone really for a minute believe that we have any privacy now? What about fusion centers? What about targeting?

What about OUR state and federal governments employing private Israeli security firms to spy on Americans, and allowing OUR personal data to be gathered safely out of OUR reach in a hostile foreign country, a country known to have been spying on the United States with impunity for decades?


The surprise disclosure that the Commonwealth of Pennsylvania, through its state Homeland Security Agency, along with a number of local police departments in the state, have been employing a private Israeli security company with strong links to Mossad and the Israeli Defense Force grows increasingly disturbing when the website of the company, called the Institute of Terrorism Research and Response, is examined.

...The Institute of Terrorism Research and Response, which only lists a post-box address in Philadelphia (though in its report on the scandal the Philadelphia Inquirer referred to ITRR as a “Philadelphia-based company with offices in Philadelphia and Jerusalem”), also advertises a subsidiary operation it calls a Targeted Action Monitoring Center (TAM-C), which it claims is “world renowned” and which it says supplies “factual, actionable intelligence to subscribers.”  All information gathered by the firm’s staff of “former law enforcement, military and intelligence professionals” is sent to the Israeli headquarters of the TAM-C for processing--a move which effectively insulates it from discovery by any surveillance victims who might seek disclosure under federal or state Freedom of Information laws, or who might sue in court for violation of their civil liberties.

While ITRR, founded in 2004, doesn’t name any of its clients, it says they range from Fortune 100 companies, including the power industry, maritime companies, US infrastructure companies, “the company company charged with protecting oil production facilities,” missionary organizations and pharmaceutical firms, to law enforcement agencies and joint terrorism task forces.

But mind you, they claim that they don't actually follow anyone, conduct surveillance, photograph or record individuals.

"The Institute of Terrorism Research and Response tracks events, giving law enforcement a heads-up for the potential of disorder as our bulletins provided to the [state] clearly show...[and] does not follow people, conduct surveillance, photograph, or record individuals." 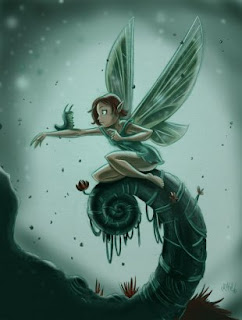 No no no, you don't understand. The surveillance fairies do the work, see? So it's all good.
Go back to being naive.
You're so safe.
The Road to WWIII - The Global Banking Cartel Has One Card Left to Play
Posted by A. Peasant at 11:22 AM

Scary to see how Mossad is increasing its power worldwide.

definitely. and so very sad to see how many Americans are traitors. they've sold this country out for money. and if greed doesn't destroy us, cowardice and gullibility will.

how convenient for them. theoretically they can make up evidence and then present it in court. for instance if they have backdoors into people's computers via Vista, which they seem to have, what is to stop them from planting or erasing evidence?

if they have backdoors into people's computers via Vista, which they seem to have, what is to stop them from planting or erasing evidence?

Linux is looking better every day

yah, tis true. but it shouldn't have to be that way.

Yes they can put anything on your computer they want and you can be anyone they want you to be. It is a fairly totalitarian situation.

I am having some trouble with my blogs, there seems to be some code on them that interferes with the spacing.

well it's good to have you back but sorry to hear about blogging issues.

Could it be that they are just getting just the slightest bit worried? Perhaps they are remembering that age ole saying" Nothin says lovin like a J__ in the oven". Just think Pillsbury and who owns it.

i am all for sharing the worry. why should we peasants be the only ones to worry?

When you review the surveillance capabilities of our present regime, they have access to more or less everything. At the same time they get pantsed fairly regularly by guys like Joe Stack because they cannot effectively process the sheer volume of data.

It seems as though they want the data feeds so that they can reverse engineer the events that led to the crimes that make national news. They have given up on the notion of preventing crimes with these tools despite the salesmanship that was used to put them in place.

Since there are weak to non-existent controls on accessing this information we can assume that it can be easily re-manufactured for nefarious purposes as well.

Welcome to the machine.

Hey AP that story was certainly an interesting one.
Cheating FBI agents? How sad does it get? How pathetic is it, that they have to cheat to pass?

And btw thanks for the link over to the banking story, much appreciated.

It has all been happening lately eh?

spies, bankers and alien visitation
does it get crazier everyday?

Another tangential point to spread far and wide is the cognitive disconnect that so many Americans are missing between the universally accepted cliche, "knowledge is power," and its foundational role in entrepreneurship. When you have no secrets you have no basis for business innovation. You have no economy that can exist beyond the control of government.

Tea Partiers understand this and may yet be ripe for this germ after surviving the past year of attempted co-opting by their various corporate sponsors and wedge issues from democratic operatives. No secrets = Communism.

They are the most dangerous trend in American politics if they are finally fed some truth worth their time.