sociopaths at work and play 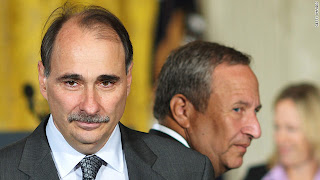 "The Obama administration opposes a moratorium on home foreclosures, but wants problems involving improper paperwork resolved as quickly as possible, senior adviser David Axelrod said Sunday. "I'm not sure about a national moratorium," Axelrod said on the CBS program "Face the Nation." He said valid foreclosures with proper paperwork should go forward, and that questionable foreclosures need to be addressed right away. "Our hope is that this moves rapidly and that this gets unwound very, very quickly," Axelrod said." CNN
Right. Because it would be very dangerous to the banks to take our time and get to the bottom of this.

Injured. Can't type much. Thankfully, not much analysis required.

9 A There were people that were responsible for
10 signing Cheryl’s name. Cheryl, Tammie Sweat, and Beth
11 Cerni. Those were the only three people that could sign
12 Cheryl’s name. If you ever look at assignments you’ll
13 see that they are not all the same.

16 Q Did anyone quit as far as you know due to the
17 practices?
18 A I’m sure but they wouldn’t come right out and
19 say I quit because of the practices. I know that people
20 had left because they were uncomfortable with the things
21 that they were being asked to do, as most of us were.
22 When it got really sticky there were a lot of us that
23 weren’t here.
24 Q What does really sticky mean?
25 A They wanted us to start changing the documents
33
1 and stuff and doing stuff that we weren’t supposed to be
2 doing as far as service.
3 Q What documents did they want you to change?
4 A Manpower documents. A lot of judges started
5 requiring, because of the Jane and John Doe issues,
6 required that you have a military search for all the
7 defendants. If you named a Jane and John Doe as an NKA
8 you had to pull a military search on them. Unless you
9 have somebody’s social security number technically you
10 can’t pull a military search supposedly.
11 The program that we used for the program that
12 we used, you could put in the main defendant’s social
13 security and John or Jane Doe’s name and it would give
14 us a military search saying that they were in the
15 military.
16 Q You would get their social security number
17 because the bank documents contained it?
18 A Correct. The lenders, the referrals had the
19 socials.
20 Q Did you put the social in on everybody to find
21 out their address for service?
22 A Not everybody. I personally did not do it
23 because I refused to do it. I wasn’t going to falsify a
24 military document. I was told that that’s fine,
25 somebody else on your team will do it.
1 Q What do you mean falsify a military document?
2 A Well, I’m using the main defendant’s social
3 security number on somebody else’s name, not his name.
4 John Doe and the main defendant was James, I was taking
5 James’ social security number and putting John Doe’s
6 name in there. I wasn’t but that’s what the practice
7 was. The judges started saying we’re not going to
8 consider service completed until –
9 Q There’s a miliary search?
10 A Correct.
11 Q So why wouldn’t they use the right social
12 security number for the right person?
13 A Because you don’t have a social for an NKA or
14 unknown tenant. They wouldn’t enter a final judgement
15 unless the military doc was there.
16 Q So you just used anybody’s?
17 A Correct.

2. Work: Lots of goodies at that site, like this: Advice from a fraudster -- white collar crime and criminals

My cousin Eddie and I built walls of false integrity around us to gain the trust of our victims. We claimed that Crazy Eddie’s accounting policies were “conservative.” In addition, we gave huge sums of money to charity and were involved in many popular social causes in an effort to make investors comfortable with us. While we were in effect, “helping old ladies cross the street,” we were heartlessly executing a massive fraud that wiped out the life savings of thousands of investors and ultimately caused a few thousand people to lose their jobs.
Eddie Antar and I never had a single conversation about morality or right and wrong. We simply did not care about the victims of our crimes. Our conversations only focused on the successful execution of our cold-blooded schemes to defraud investors.
At Crazy Eddie, we committed our crimes simply because we thought we could execute them successfully. We took advantage of investor’s hopes, dreams, and aspirations for a better future. More importantly, we fully exploited investor’s lack of skepticism that resulted from the wall of false integrity we built around ourselves.
Hope is a fine human quality that motivates us to build a better future. Unfortunately, criminals consider your hope as an exploitable weakness to aid them in the successful execution of their crimes.
Do not get mesmerized by neatly packaged story lines and well researched sound bites written by professional high paid media consultants. Criminals know how to “talk the talk and walk the walk” as they inspire you with false promises of a prosperous future… 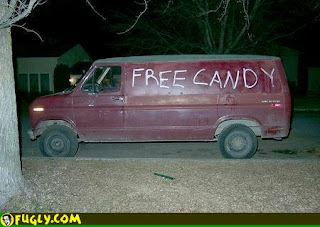 nothing serious. one arm not working too good.

Part 2 sounds like the Obama election... Build up hope, and play on it ruthlessly.

exactly. and they totally admit it.

the sociopaths have come out. they are all over the place describing how they fuck us over. the mask has dropped but many people still don't want to notice.

Hi A.P. I second the thoughts of concern and hope for a speedy recovery.

This one is definitely not going to get swept under a rug or fall down the memory hole. The implications are simply huge. I read this today on why the everyday people who make up the backbone of the US really have had enough
http://www.lewrockwell.com/orig11/lira7.1.1.html

It might also be a really good way to flush out the soulless ones at the same time.

great link. people like that are the last ones to go, so we must be near the end.