we are all servants, but we get to choose our master

Solntsev also examined the problem of “information noise,” which creates a dense shield between a person and external reality. This noise may manifest itself in the form of signals, messages, images, or other items of information. The main target of this noise would be the consciousness of a person or a group of people. Behavior modification could be one objective of information noise; another could be to upset an individual’s mental capacity to such an extent as to prevent reaction to any stimulus. Solntsev concludes that all levels of a person’s psyche (subconscious, conscious, and “superconscious”) are potential targets for destabilization. 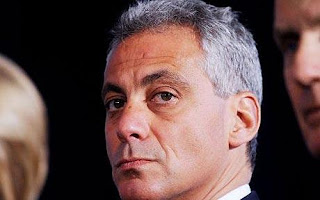 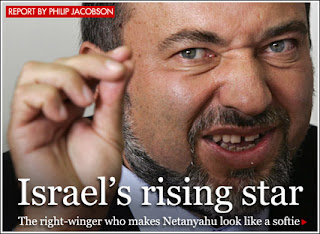 "But lately a change in his public manner has become evident."
October 14, 2010, Vigilant Citizen: The odd Masonic imagery of the 33 Chilean miners' rescue

Insignia of the 33rd (and highest) Degree of Scottish Rite Freemasonry 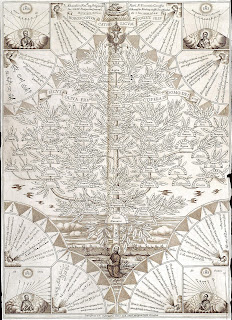 Jesuit horoscope with two-headed eagle on top of the tree (click to enlarge).

The Jesus Film Project is a ministry of Campus Crusade for Christ International,
the massive Orlando, Florida-based evangelical ministry.

Are you still paying attention?

So you state that President Obama is depressed?  How did you come by this information?  From a direct source still working within the White House on a daily basis.  As I had stated previously, tensions at the White House have reached a critical stage.  The infighting among staff is off the charts.  More recently, the president has increasingly withdrawn emotionally from the day to day demands of his job – he has become what was described to me as “empty”.

October 14, 2010, Wayne Madsen: White House in crisis, Section 4 of the 25th Amendment likely to be invoked, Obama being shipped out


In the case of President Obama, the senior firings are not happening during a single nght but the recent involuntary sudden departures of the White House chief of staff and national security adviser, along with what WMR can confirm from multiple sources is a president who is suffering from Nixonian levels of paranoia, depression, and schizophrenia, has some top-level administration officials considering the first-ever invocation of Section 4 of the 25th Amendment — the involuntary removal of the president from office. The White House meltdown has the Washington political circuit buzzing under the surface.
Unlike Watergate and the Iran-contra scandal, however, the corporate media is refusing to report on the breakdown of the Obama administration and the internecine political warfare within the Executive Office of the President.

...The present talk about invoking Section 4 has made Obama even more paranoid about his enemies, who he feels range from Biden and the Clintons to the banks and Wall Street.

I have a friend who worked at the Pentagon and he tells me America has been taken over. He says the Israelis have operatives at all levels, including even the lowest of positions, answering phones and working as Senate pages. He asked me to examine a few facts for him and so I started doing a little research. I was shocked to see what was uncovered just doing a perfunctory study. From the surface to the murky depths our Government, our media and our society have been inundated with a self-serving power structure of secularized avarice which could prove to be very dangerous for America and for the American people. Look at this research and if you follow it, it continues to uncover layer upon layer, upon layer; every where, in every way, America has been taken over to an extent which is simply amazing!

While the trial of Geert Wilders focuses on his "hate speech" little is mentioned of his very real threats to Dutch citizens and their rights under the guise of combating "terrorism." This is a scenario that is playing out worldwide under the globalists and their "War on Terror." But after all, justice isn't the goal of this trial. The goal is, as it was with the CFR funded "Ground Zero Mosque" or the staged 9/11 and 7/7 attacks to begin with, to generate a continuous "clash of civilizations" to chew up and feed the world into the globalists' maw. 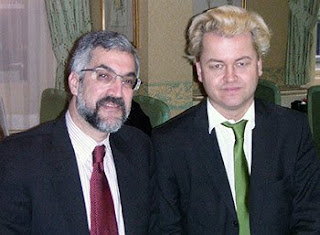 CFR/PNAC member Daniel Pipes (left) shares a photo with Geert Wilders, the man
helping fan the flames of his PNAC's "New Pearl Harbor."
October 14, 2010, Alternet: Why is the White House against freezing foreclosures in the face of rampant fraud?

Geithner’s logic follows the typical blame-the-little-guy-for-taking-on-too-much-debt-to-buy-a-house-he-couldn’t-afford pattern, coupled with old-style fear-mongering: if you wait and analyze what’s really going on, it might be bad for the housing recovery. And, what housing recovery is that? The one in which 25-30 percent of homes being sold are REOs (bank owned real-estate, a.k.a. foreclosed properties). On a trading floor, that’d be considered "churning," not new value.
The free-market, let the banks do what they do mentality was what allowed them to create a $14 trillion mountain of securities backed by precarious mortgages to begin with. Don’t look at what they’re doing, that might hurt the boom. Don’t ask them for anything in return for bailouts -- that might clog the system. Don’t stop them from churning foreclosed properties -- that might stop the recovery.

Aangirfan believes that 9 11 was carried out by people within the governments and institutions of many countries, including the USA, UK, other countries in Europe, Pakistan, Saudi Arabia, Turkey and Israel.

We call the bad guys Mafia-Fascists.

...At Global research, on 12 October 2010, David DeGraw (Inside the Global Banking Intelligence Complex, BCCI Operations) pointed out that BCCI consisted of an alliance of certain:

While investigating BCCI operations, I began to clearly understand for the first time how the Global Banking Intelligence Complex runs both political parties in the United States. After years of researching and investigating BCCI, I’ve come to understand how power really operates, who the real power players are and how the mainstream media, which is tightly controlled by these forces, keeps the American public in the dark and marginalized by never reporting on the roots of power. The harsh truth is that American democracy and the rule of law are an illusion.
Above all, the BCCI scandal taught me two major lessons. First, when there is blatant criminal activity that goes unpunished, global banking intelligence interests are behind it. Second, you always have to follow the money. At the heart of power is the money supply, the ability to create, issue and manipulate global currencies. This is what the most powerful have always known. As the old House of Rothschild maxim goes, “Let us control the money of a nation, and we care not who makes its laws.”
When you peel back all the layers, the ultimate power in this world lies within the Global Banking Intelligence Complex, or the “money powers” as our Founding Fathers and early presidents called them. If you research our forefathers, you will see that they understood this point very well. The main theme throughout American history has always been the war between democracy and the concentration of power within the banks.
This may seem obvious to some, but this very obvious point has been omitted from mainstream media and public consciousness within the United States. This very viewpoint has been completely removed from the debate surrounding our current economic crisis and the failed financial reform process. And when it comes to the funding of perpetual wars, the banking interests behind the scenes are never even mentioned.

No servant can serve two masters. Either he will hate the one and love the other, or he will be devoted to the one and despise the other. You cannot serve both God and Money. ~ Luke 16:13
Posted by A. Peasant at 10:05 AM

i don't know, that's a good point. it's time to re-read that last report methinks.

Jesus woman you really know how to set homework (grin).

I’m very leery about the WMP source articles – trust a tainted Mick (think Trimble) to be mixed up in it. The only ones that sound good in that fairy tale is Rahm and Pelosi. Remember those photos - like a love tryst on the lower levels of Dante’s circles of hell. Check out the story’s structure and the numbers 33, 13, 100 and 11.
http://en.wikipedia.org/wiki/Divine_Comedy

Listening to the beat and ignoring the chorus I get the feeling that everyone is covering their arse for the approaching unnatural selection. No matter how they rig the votes they’re toast. What they are touting is a coup-de-etat. They rattled the skeleton of Kennedy’s fate early in Y’obama’s term and now they rattle a new skeleton.

Now they raise the 1933 coup attempt against FDR. Not that Yo’mama can be compared to FDR but that is not the point. Mental incompetence – how perfect and impossible to prove or disprove. How many shyster shrinks could they not produce.

Pop “I’m a Zionist” Biden in the hot seat with Hillary to keep him focussed and we’re on a fast rollercoaster to painville. I found this after a quick search for background.
http://richardbrenneman.wordpress.com/2010/01/11/smedley-butler-and-the-fdr-coup/

Who would they cast as General Smedley Butler’s character this time and more importantly would they have the moral fortitude to tell them to shove it. Is this all pressure to go hot on the Iran War?
When I got past the voyeuristic gossip angle I thought, sweet Jesus these people are insane.

Install a phoney president and then remove him for reasons of insanity! It may be a comedy but the Divine has got bugger all to do with it. Buckle up it’s going to get real - soon.

ha, sorry Chuck, :D, and i know what you mean about Madsen. there's no such thing as ex-intelligence, BUT, you gotta figure that a good chunk of what they say is accurate.

hadn't thought about the divine comedy in a long while...

Butler was horrified....However, he disclosed nothing of his feelings. With masterful composure he pretended interest and waited to hear more.

i do not know who that might be dear Chuck.

thanks Aan. back at you.