The other day Russia released Yair Klein from jail, where he has been detained since 2007, and he returned to Israel.


Who is Yair Klein? He is a former IDF colonel who trained paramilitaries in South America.


In 1987, with support from army officers, the traffickers imported foreign mercenaries from Israel and Britain to run a death squad school in the Magdalena Medio to impart the skills of the Israeli Special Forces and the British S.A.S. to the Colombian death squads. Retired Israeli army colonel, Yair Klein (last heard of in June 2000, when he was sprung from jail in Sierra Leone) transformed the peasant militias of the MAS into a professional killing machine. Reputedly, Carlos Castaño was Klein’s star pupil. By then, he and his older brother Fidel were paramilitary leaders in their own right. They had their own 150-man paramilitary army, "Los Tangueros," and ruled a fiefdom in the northern state of Córdoba from which they trafficked drugs, conducted a war in the banana fields of coastal Uraba that put one small guerilla faction, (the EPL) out of business, and perfected the art of parlaying services — protection, intelligence, and high-ticket assassinations — to create alliances, first with Pablo Escobar, then with the Cali Cartel.

In January 2009, Aangirfan reported on the connections between Yair Klein and Charles Taylor.

We learn that years ago, Al Qaeda (the CIA) financed operations through the sale of diamonds. Some of the diamonds came from Sierra Leone. Charles Taylor and his associates traded the diamonds for weapons. Yair Klein trained paramilitaries with the weapons. The paramilitaries killed and maimed civilians who had to mine the diamonds.


The money from all this misery and suffering went to Al Qaeda, a creation of the CIA. Al Qaeda the terrorist organization.

People like Yair Klein worked in this circle as one of the key people training the paramilitaries who hacked off the limbs of civilians, including children.

Russia just released Yair Klein and he has returned to Israel.


Just to be clear. It seems that some people are still having a MENTAL BLOCK about who the terrorists really are.


The terrorists work with and/or for intelligence agencies. That means the CIA, Mossad, MI6, etc. 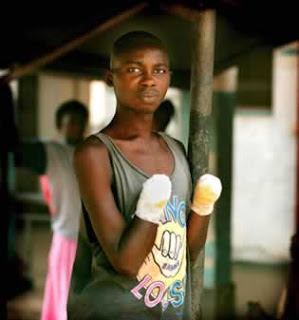 Image from The Irish Times

2. Sierra Leone and Liberia provided the opportunity for Al Qaeda (the CIA) to make money from diamonds.

Liberian President Charles Taylor (who reportedly had links to Israel and the CIA) was a friend of Ibrahim Bah, a Senegalese.

Taylor made Bah a general in the Revolutionary United Front (RUF), a group which, in 1991, began trying to take over Sierra Leone.

The RUF was infamous for cutting off kid's arms and legs.

3. Bah was the official arms and diamonds broker for both the RUF and Taylor.

Simon Rosenblum, an Israeli businessman, was a member of Taylor's inner circle.

Rosenblum's trucks were used to carry weapons from Liberia to the border with Sierra Leone.

From 1996 until 1999, Klein provided material and training to the RUF (the people who cut off kid's arms and legs) as part of a diamonds-for-arms operation.

In 1999 Klein was arrested in Sierra Leone on charges of smuggling arms to the RUF.

Why did Russia release Yair Klein? Was that a favor to someone?

Charles Taylor was reportedly also a client of Victor Bout. Bout has been extradited to the US. It seems that Russia lost the struggle to protect Victor Bout, if Russia really had any intention of doing so in the first place.

Meanwhile, the US spends millions of dollars to fund the trial of Charles Taylor.

Here is a website devoted to the trial of Charles Taylor. The archives go back to 2007. This is like a miniseries. Despite the exhaustive coverage, a search for Yair Klein on this site turns up.... nothing.

We have all heard of Victor Bout by now, however.

Victor Bout is on the hook. Yair Klein is off the hook.

See: paramilitaries, a scourge on humanity
See: setting up the spotlight
See: al qaeda... in your HEMISPHERE
See: hold the narrative up to the spotlight
Posted by A. Peasant at 4:26 PM

What a surprise A.P. Whenever we see the utter depths of depravity we see one tribe only. If they were the true humans (as they believe) I would dread to see our future.

We cannot cure this cancer in a day. Removing the central control helps but will not cure anything overnight. Each of the little snakes will need to be dealt with individually.

Smoke and mirrors once again. Look at the bad man we helped to catch and not the one we released. The networks lead back to Africa. Bout is a busted flush so another needs to fill his boots.

This sort of behaviour is one of the reasons I do not trust the Russians. I’m ambivalent to Putin – but I wouldn’t trust Medvedev as far as I could throw him

i like the way you articulate it Chuck. it is disturbing how these things go down. there are no good guys evidently. it's just a matter of what is getting overlooked and why, and we have to suss that out on our own. this guy Klein is bad news. he's involved in a lot of bad stuff over the years, and he got away with it, bottom line. sickening.

See where Medvedev is gonna release millions of files on the Stalin era?
Wonder how that'll pan out...
Great work, AP!
Sickeninger and sickeninger...
-respects

Aan, thanks so much. you beat me to most of the research anyway! ;D your post was extremely helpful.

thanks too, bho. yes there are many things afoot with Russia lately.