Close associates of Foreign Minister Avigdor Lieberman said Tuesday that "an apology to Turkey is like surrendering to terror". The statement was made in response to statements made earlier by political sources that the aid offered by Turkey for the firefighting efforts in the Carmel opened a possibility for improvement of relations with Ankara. According to the minister's close associates, from Lieberman;s perspective, an Israeli apology is out of the question. "If anyone needs to apologize it's Turley and it should pay compensation for the aid offered to terrorists and the IHH, which some European countries including Germany, consider as a terror organization", they said. (Ronen Medzini) (http://www.ynetnews.com/articles/0,7340,L-3995916,00.html) 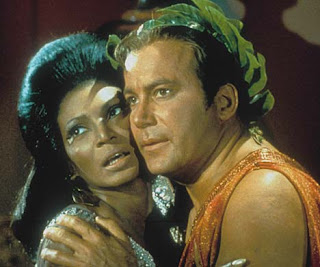 
Israeli Chabad emissary travels from Costa Rica, is nabbed in Spain with 4kg of cocaine. He says he was tricked into smuggling the drugs by his wily Costa Rican host. (http://www.haaretz.com/print-edition/news/israeli-chabad-emissary-nabbed-in-madrid-with-4kg-of-cocaine-1.329247)

"He said he was asked by his host in Costa Rica to take a suitcase and deliver it to a woman in Spain," one of the friends, Uri, told Haaretz. "Eliyahu refused, and then the host started telling him, 'how dare he suspect him and how dare he refuse after staying under his roof and eating from his table.' So Eliyahu agreed to the request, but not before checking the suitcase for anything suspicious. It turns out the man still managed to hide the drugs inside."  Rabbi Ze'ev Crombi, who runs the soup kitchen, told Haaretz that Hecht was detained "in very difficult conditions - without kosher food and without tefillin [phylacteries]. He says detention there is worse than hell."

2. Large
NYT and other media outlets exaggerate claims that Iran has unified Arab regimes with Israel in common cause.

"The cables reveal how Iran's ascent has unified Israel and many longtime Arab adversaries -notably the Saudis - in a common cause," the Times asserted.

The notion that these leaders, like Israel, favor a military solution to Iran's nuclear program has become widely accepted by the news media in the past week. ... But a careful reading of all the diplomatic cables reporting the views of Saudi and other Gulf Arab regimes on Iran shows that the Times' account seriously distorted the content - and in the case of the Saudis, ignored the context - of the cables released by WikiLeaks.

The original Times story, headlined "From Arabs and Israelis, Sharp Distress Over a Nuclear Iran", referred to "a largely silent front of Arab states whose position on sanctions and force looked much like the Israelis".

Israeli Prime Minister Benjamin Netanyahu and his US neo-conservative backers immediately seized on the story as confirmation of what Israel has been saying all along.

In fact, the cables show that most Gulf Arab regimes - including Saudi Arabia itself - have been seriously concerned about the consequences of a strike against Iran for their own security, in sharp contrast to Israel's open advocacy of such a strike. They also show the United Arab Emirates (UAE) and Kuwait expressing that concern with greater urgency in the past two years than previously.

Those facts were completely ignored, however, in the Times' account.

"Our region has been hostage to a narrative that is the result of 60 years of propaganda,
which paints Israel as the greatest threat.
In reality leaders understand that that view is bankrupt.
For the first time in history there is agreement that Iran is the threat.
...No classified Israeli material was exposed by WikiLeaks."
~ Netanyahu

As for poor Eliyahu, is it not written in the Talmud Jektat Chadasz, 171, 3 - "In the absence of kosher food it is permitted for the Jew to eat his own faecal matter for truly this is more pure than any food prepared by the hand of the goyim"?

Honestly, as everyone knows, Jewish shit doesn't stink so he should just grab a spoon and pile in. And smile! C'arn Eliyahu give us a big shit-eating grin mate! Yum!

That last quote by Netanyahu is truly amazing....

Hey Campo,...Love the read, I'm sitt'n here with a big glass of South Australian Red, some fried Lebanese bread and hommous: Chillin' with me fav blogs all lined up for a read and 'whammo' the first cab off the rank spins my wheels, great stuff about the yiddish squattocracy in Palestine: Four key of yaio and everyone in the M.E. twirls their toes in the sand and blushes as the big yid himselfyoo squeals about Iran!

you mates make me laugh first thing in the morning... thank you!

John, isn't it though? it is truly a marvel of mind-fucking. i made a few attempts to unpack it, but i gave up.

"...No classified Israeli material was exposed by WikiLeaks."


kinda says it all, does it not?

mmhmm. yes i thought so too.