Uganda in the news

KAMPALA Uganda -(Dow Jones)- The Ugandan police on Friday seized suspected bomb-making material from a passenger bus that arrived in Kampala from Kenya and arrested at least two suspects, a police spokesman told Dow Jones Newswires late Friday. Vincent Sekatte said that the bomb-making material was seized at a checkpoint in Kampala and it is believed that the materials are used in bomb assembling. However, the police have not revealed the actual nature of the materials.
"Security had information about some people on the bus and we were trailing them," he said. Earlier this week, Sakatte told Dow Jones Newswires that the police had heightened security after receiving information about an impending terror attack from the al-Qaeda-inspired Al Shabab militants, who are based in Somalia.

There's an election coming up in Uganda. The current president, Yoweri Musaveni, will face off against some other people. 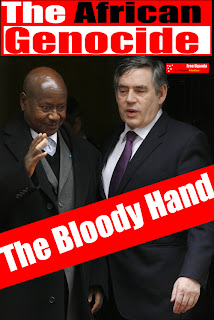 The Western Bloody Hand of Genocide in Africa
Maybe it is time for Musaveni to go?

Maybe we will start to hear about the Barack Obama of Uganda? His name is Norbert Mao, aka Chairman Mao. Allegedly, he is very hopey changey. Mmhmm, sure. Aren't they all. 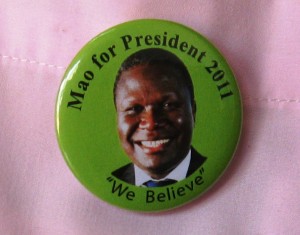 "The youthful Mao whom supporters refer to as the Barrack Obama of Uganda will campaign under the slogan “We Believe” in Uganda’s general elections that are to be held in May 2011." WeInformers.net


Uganda in the news.

Anti-gay hate in Uganda? A Ugandan lawmaker, David Bahati, appeared on the Rachel Maddow show to discuss his bill against people who promote homosexuality in Uganda.

The Washington Post also writes about persecuted gays in Africa.

KAMPALA, UGANDA - Persecution of gays is intensifying across Africa, fueled by fundamentalist preachers, intolerant governments and homophobic politicians. Gay people have been denied access to health care, detained, tortured and even killed, human rights activists and witnesses say. The growing tide of homophobia comes at a time when gays in Africa are expressing themselves more openly, prompting greater media attention and debates about homosexuality. The rapid growth of Islam and evangelical forms of Christianity, both espousing conservative views on family values and marriage, have persuaded many Africans that homosexuality should not be tolerated in their societies. 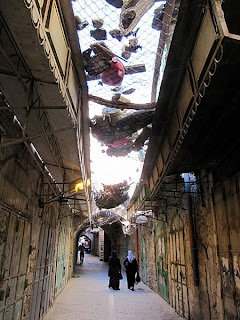 Palestinians walking under trash thrown by settlers.
"Photo: Michael Carpenter. Settlers attempt to force Palestinian residents out of Hebron’s Old City by throwing trash into their homes. To combat this, nets have been installed around the area."
Palestine Monitor
In America, we hear a lot from corporate media about the problems that gay people face because of homophobes.
In America, we don't hear very much about the problems that Palestinians face because of Jewish racists.
But the Palestinians face very serious problems.

Maybe Rachel Maddow can do a show about that someday? 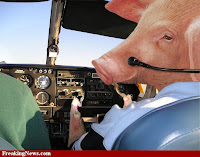