As noted in the last post by James, Dimitri Khalezov speaks from Bangkok, Thailand, to Gordon Duff, in the video below.

Harari struck up a relationship with Khalezov, under the pretext of needing an interpreter familiar with certain technology, presumably because Khalezov worked in the Russian nuclear intelligence sector, the Nuclear Technical Service of the Armed Forces (USSR).

Khalezov thinks Harari wanted to know if Russian intelligence knew about the inbuilt nuclear demolition feature of the WTC, buried deep under the twin towers. Khalezov says the information was well known on the Soviet side before 911. Harari wanted to confirm this.

Why? So the response could be planned, presumably, after 911, taking into account what the Russian side knew.

Khalezov reports that Harari was in a CELEBRATORY MOOD after 911. Very happy, "the happiest moment of his life." Other Mossad agents also celebrated, according to Khalezov. The other agent Khalezov knew was called Hani Hamour, his Arabic name.

Khalezov reports that nuclear bombs can be calibrated to blow up anything from a single house to much larger targets. He describes the MANY bombs he says were dial-a-size nuclear bombs. He says he knows this as a fact. "Absolutely certain." It is "well-known to everyone." These include:

Khalezov claims that the Oklahoma bombing was done by Harari to destroy the evidence of an investigation into drug dealing that implicated Harari and his friends.

The first people blamed for the Oklahoma bombing were Palestinians.

We have noticed that the Argentina bombings get brought up repeatedly. Those were blamed on Hezbollah and Iran.


Israel closed four embassies this week. We don't know which four. The decision coincides with the third anniversary of the death of Imad Mughniyeh, a Hezbollah leader in Lebanon, who was killed in a "car bombing" in February 2008.
Mughniyeh proved to be a handy scapegoat. Experts suspected his involvement in the hijacking of TWA flight 845, the bombings in Argentina, and the Khobar Towers.


We are guessing he had nothing to do with those attacks.

As we have said before...

Watch the narrative develop. Watch how the terrorist threat moves to the US, and watch how it becomes linked to Hezbollah and Iran in the corporate media, for the benefit of certain Americans.

Iran’s longest arm stretches into Latin America. As of the early 1990s, Hezbollah had established a presence in the tri-border area between Brazil, Argentina and Paraguay. This lawless zone enables the Khomeinist network to develop illegal financial activities and train and plan for terrorist attacks in the region. The 1992 bombing of the Israeli embassy in Buenos Aires and the 1994 bombing of a Jewish center there are prime examples of Tehran’s terrorist activities and global reach.

He wastes no time bringing up attacks on Jews as proof of Tehran's terrorist activities and global reach. However, the 1992 attack killed 29, only 4 of them Israelis. Most of the victims were Argentine civilians and children. And the inquiries into the Argentine attacks cited as proof were cursory and marred by accusations of serious mishandling. Such as, for instance, that investigators ascertained that in BOTH CASES the explosives were inside the Israeli-controlled buildings, and did not arrive via truck-driving-suicide-bombing-Hezbollahniks.

One of the big narrative drivers in Argentina was a Mr. Alberto Nisman.

See: setting up the spotlight

This excerpt, from the above link, is from a Congressional Report on Latin America: http://www.energypublisher.com/article.asp?id=31544


"Over the years, the U.S. Congress has continued to express concern about progress in Argentina’s investigation of the 1994 AMIA bombing, with the House often passing resolutions on the issue around the time of the anniversary of the bombing on July 18."

"Another resolution, H.Res. 435 (Klein), approved November 5, 2007, by voice vote, expressed concern over the emerging national security implications of Iran’s efforts to expand its influence in Latin America, and emphasized the importance of eliminating Hezbollah’s financial network in the triborder area of South America. In the 111th Congress, H.Con.Res. 156 (Ros-Lehtinen), approved July 17, 2009, again condemns the AMIA bombing and urges Western Hemisphere governments to take actions to curb the activities that support Hezbollah and other such extremist groups."

Note Ros-Lehtinen. She's another narrative driver. She seems to show up in all these narratives tying Hezbollah through Africa and South America. 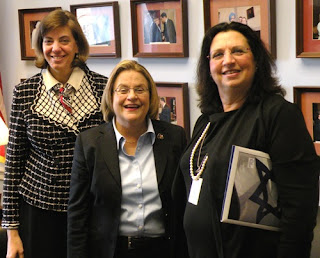 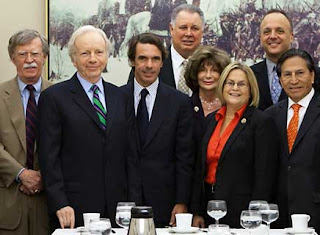 More friends of Israel... there she is again. ~ aipac.org

President Barack Obama will travel to Latin America this March which will be his first trip to the area and also come on the anniversary of President John f. Kennedy’s outreach to Latin American nations though his Alliance for Progress.

The 1992 bombing occurred on March 17, so that anniversary approaches also.

"Many analysts see Obama courting Brazil and its markets to counteract Chinese influence in the region."

This week in the news:

“I say to the fighters of the Islamic resistance: Be ready. If a new war is imposed on Lebanon, we may ask you to take Galilee, to free Galilee,” Nasrallah said on Wednesday in a televised speech given on Lebanon’s Martyrs’ Day, AFP reported.

He vowed that the martyrdom of Imad Mughnieh, who was killed in a February 2008 car bombing in Damascus that Hezbollah has blamed on Israel, would not be forgotten and would not go unpunished.
“I do not want to go into details. Suffice to say that our decision remains the same and will be executed, God willing, at the right time,” he said to thunderous applause from hundreds of his supporters gathered in a stadium.

“To the Zionist generals, I say: Anywhere you go in the world, at any time, watch out, for the blood of Imad Mughnieh will not go to waste.”

In response: "Whoever hides in a bunker should stay in the bunker. No one should doubt Israel's strength or its ability to defend itself." ~ Netanyahu

No one should doubt Israel's willingness to commit false flag terror attacks. Crying and shooting. All the time.

"No one should doubt Israel's willingness to commit false flag terror attacks. Crying and shooting. All the time."

Its amazing how much comes into focus once Mossad is seen as being in the centre of all these bomb blasts. Perhaps that is exactly what will happen in the near future.

Spot on, you got the heart of it!
Do we not all know by now how Israel is capable of a strong offense ? Seems no defense is needed at all. Brazen how they opperate in nations of the world.
Murderous, criminal, mafia-thugs!

Hi A.P.
Yes they are spreading themselves out like peanut butter on a sandwich.
all over whatever they can cover, distort and bend to suit the "agenda".
Do you think it's ad hoc or planned or a bit of both??capitalising on events that may or may not be becoausr they and thier friends stirred the pot?
And the pic of aipac, Bolton looks like a freemason for sure.
Lebanon is in the sights.
A13

i think it's a bit of both A13. there's no way to control all the vectors of their game theory bullshit.

Dimitri Khalezov is a very intriguing man A.P. I have watched his full DVD on the 911 events as well as reading the free portion of his book on the same topic.

He makes a very logical and technical discussion of the use of large prepositioned nuclear demolition charges (250Kiloton) in the 3 WTC towers. He states that they were planned for in the initial design of the towers and were set out in a classified portion of the towers’ design.

He also states that the same design was used in the Sears Tower in Chicago. Incidentally that tower was evacuated on the day of 911. He also has a unigue explanation of what hit the pentagon that day.

I found him plausible and a lot of what he discusses ties in a lot seemingly loose ends. If anyone is interested he has this site among others.
http://www.dimitri-khalezov-video.com

Oops – that should have read ‘unique explanation’.

The Onion just found the source of weapons grade fissionable materials and we are powerless to stop them.

thanks C. i'm glad you have applied your keen senses to it. he struck me as not disinfo. i have only listened to a tiny bit of his work, but his manner at least is human.