A short update on the John Wheeler case:

Warning: the following links were reported to be dangerous by one of our readers.

A writer for Spooftimes.com explains John Wheeler's death. This is a PRETEND NARRATIVE. Anyone who thinks things like this really happen is obviously suffering from an over-active imagination, which is why it's so funny. See?

Officials working on the investigation of the mysterious death of defense consultant and former presidential aid John P. Wheeler III said they will not discuss the case and insist the death “remain a mystery”.
However, one man intimately involved with the case was not so reluctant.
“I’m afraid John Wheeler will join the ranks of Vince Foster, William Colby and others we have had assassinated", said a CIA “hit man” who asked not to be named.  “If we tell everyone how Wheeler died we risk embarrassing the CIA!”
The official stated that high-ranking officials within the CIA assassinated Wheeler using ‘hit men’ because they thought he was about to expose top secret government information regarding chemical weapons and he simply “knew too much about everything”.
“It was quite an adventure killing him” the CIA source stated.  “We started by visiting him at home by drugging and torturing him.  Then we kicked him out in the cold all beaten and bruised.  Frankly I’m surprised he was able to walk around after that”.
The source claimed that several hit men, knowing of the dispute with his neighbors, planted a smoke bomb at a neighbors house and left Wheeler’s cell phone there to make him look like the likely suspect.
“From there we rifled through all his belongings”, the man continued.  “We found a whole slew of incriminating things on his computer so we copied and digitally shredded much of it.
‘We drugged him with a hallucinogenic chemical to make it appear he was demented”, the man continued.  “This was people would think Wheeler just lost his marbles”.
It would appear Wheeler was afraid to go home after his initial beating and, in his drugged state, became paranoid and did not seek assistance for fear people would not believe him.
“We did lose track of him for a short time”, the man continued.  But we finally found him on New Years Eve roaming around.  Then we put him into a limo and beat the shit out of him.  We put him in a dumpster that had no cameras near it thinking that the trash guys would just pick him up and dump him in the landfill with no one noticing.  I admit, we bungled that part”.
The man warned everyone that the CIA answers to no one.
“When you really look at it, all the pieces and loose ends come together!” the man stated.

Maybe they should call it spooktimes.com.

A federal military consultant whose body was found in a landfill was assaulted and died of blunt force trauma, the state medical examiner’s office said on Friday.


Family members, "desperate for information" and "desperate for an explanation," will pay a $25,000 reward, said their attorney Colm Connolly.... "There's all sorts of speculation, and then they're operating in the dark. The authorities are not sharing information with them at this point," said Connolly. The police spokesman would not comment on the Wheeler family's statements about being kept out of the loop.

Other stories about John Wheeler. These are the "real world" narratives.

Delaware Online: You know he was obsessed about the neighbor's house, right?


Newsweek: He was a tormented man. So sad.


What a SAD and REGRETTABLE NARRATIVE. 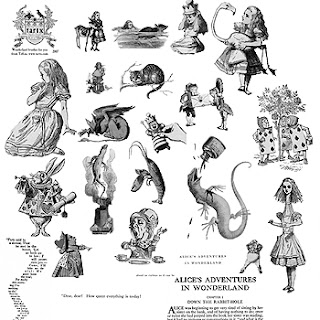 image source
Posted by A. Peasant at 7:34 AM

I heard that yesterday, on Meria Heller's news show.

Was he a bio-chemist?

What was his name, from Fort Dietrich???

Sheesh, it won't come to me!

Recall, he had been depressed etc.,

Which was what was said about David Kelly, come to think of it.
Maybe they will say he was depressed or despondent?

I shall take SpoofTimes more seriously in future!

My theory, someone set off fireworks startling him so badly he crashed into a building.

That professor was Stephen Hatfill from LSU.

Saladin I was thinking he jumped so high after fireworks he hit his head on the ceiling. Honest to God Americans will believe anything as long as it doesn't disturb the mom and apple pie utopia.

hi Pen, no he was not a bio-chemist to my knowledge. absolutely right about the subtle character assassination technique. there's been a lot of that with Wheeler, and as you note, others too.

Dubs, thanks for the reminder on Hatfill. and then we found out that it was likely Dr. Philip Zack who took the anthrax.

Careful over there at the SpoofTimes kids.

Poisoned JAR file waiting for you when you visit the site.

I hope your Java is up to date as well as your Antivirus or you will not like what happens next.

Funny how that is...

The java injector listed in my alert was naf3.co.cc which I cannot find any whois info on. The closest I can get is Reverse Whois:"JONG SUNG, KIM" for the .co.cc domain.

.cc is a chain of islands off the Australian coast.

thanks for the heads up Malc. sorry people for linking to something nasty.

It may not have been nasty before you gave it some proper context.

Good thing you posted content so that it can be seen without the 'puter poison.