it's all theater for the players

We seem to recall a few weeks ago, just after Hosni Mubarak resigned, that he fell into a coma and was near death. Anybody else remember this?

Contrary to reports that Mubarak is working on a memoir, the former Egyptian official told Asharq Al-Awsat that "this is untrue…Mubarak's health is not up to this, he is only regains consciousness rarely, spending most of his time in a comatose state."

...There have been sharp disputes and exchanges of accusation between Mubarak's top aides following his resignation, and an Egyptian source informed Asharq Al-Awsat that the majority of Mubarak's former aides are in hiding, fearing the anger of the people. However the source also said that these aides have not lost hope or belief that their political careers can be resurrected. A minister in Egypt's interim government, speaking to Asharq Al-Awsat on the condition of anonymity, said that "Mubarak did not receive the complete truth from those around him, they were the ones giving the orders, and they were aided in this by his failing health." He added "he could have received information from dozens of monitoring agencies however he did not listen to anyone; he trusted his close advisors and believed that they were telling him the truth and were not underplaying the facts."

But then it seems he didn't die, but rather went to his home at a golf resort in Sharm el-Sheikh, which had actually been reported almost two weeks before the news that he lay in a coma near death.

Thus the order of events:


Maybe he decided to finish his memoirs after all. Maybe no one will bother him in Sharm el-Sheikh. Maybe that was the deal.

Other reports say he has gone to Saudi Arabia.

Or not. That is what we call privileged information.

Riyadh, March 3 (IANS) Terming as false a report suggesting that former Egyptian president Hosni Mubarak is in Saudi Arabia for medical treatment, a senior diplomat has said he is still in the Red Sea resort of Sharam El-Sheikh.
Mubarak is still in the Egyptian resort, Xinhua quoted Arab News Thursday citing Nabeel Baker, a spokesman for the Egyptian Embassy in Riyadh.

Egypt's state-run Al-Akhbar newspaper said Wednesday, citing informed sources, that Mubarak was presently in a military base in the Saudi city of Tabuk for treatment for colon and pancreatic cancer.

The paper said Mubarak's wife Suzanne and his two sons Alaa and Gamal are also living on the Tabuk military base.
Mubarak stepped down Feb 11 due to an 18-day protests against his government.

Egypt's top prosecutor has slapped a travel ban on Mubarak and his family and froze all their assets.

Who knows. We don't suppose it matters all that much except to show that the reports of his death were greatly exaggerated. And to show that world leaders, no matter how loathsome we are told they are after they've been overthrown and their assets supposedly seized and frozen, may still enjoy SECURITY, PRIVACY, LUXURY ACCOMMODATIONS AND TOP QUALITY HEALTH CARE. 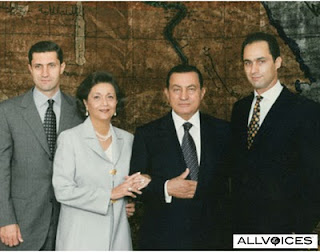 Mubarak with wife Suzanne and sons Alaa and Gamal. 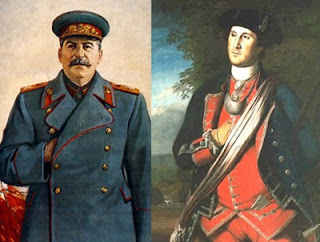 People in power belong to a club. Just because some bad things have to happen to certain club members from time to time, that does not mean they have been kicked out of the club.
In power or not, members enjoy a safe and secure lifestyle. 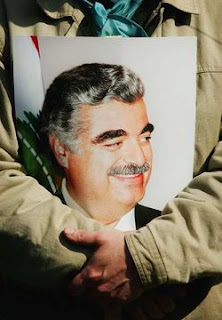 The Tunisian ex-president had a heart attack a few days after fleeing to Saudia Arabia.
http://www.allvoices.com/contributed-news/8220634-former-tunisian-president-zeinalabidin-is-suffered-from-heart-attack-and-gone-into-coma-in-saudi-arabia/image/73227320-zine-el-abidine-ben-ali-fled-to-saudi-arabia-on-january-14


They all seem to be of a certain age.

Good point that nothing ever seems to happen to them. I wasn't aware Stalin used the Napoleon gesture. I am sure they only throw in the devil sign when around close associates.

I know you keep up with the goings on in India. Nina pointed us towards this blog. It is by a very intelligent, informed fellow, (in my opinion) who resides in India.

His command of the English language is impeccable and he has lived in San Francisco for a time.

ferris, i see Ben Ali has even been reported dead, a step beyond Hosni.

he was never heard from again and lived happily ever after?

a professional courtesy? a thank you for cooperating?

i have not been following india closely lately. too many balls to keep track of.

This man is very intelligent. Being in india he has some pretty in depth opinions on what is going on there. He mentioned one thing that I had never run across, that Ghandhi was another British plant to help with breaking up Pakistan and India. I really don't know but had never run across it.