We watched the Abbas speech and found it very good, very well-delivered. Compelling. He held our attention. We were very encouraged at the good applause he received from the people representing the people of the world. We consider it an historical speech.

Now for the Netanyahu speech.

Happening NOW RIGHT NOW. Hezbollah-controlled Lebanon now presides over the UN security council. This means IN EFFECT that a terror organization presides over the body entrusted with the world's security. You couldn't make this stuff up.


He makes a statement. It is not even a statement of fact, because Lebanon does not "preside over" the UN security council.

IN FACT, it's like this. Lebanon, Burkina Faso, Costa Rica, Croatia, Libya and Vietnam were elected non-veto-holding members of the 15-nation UN security council, which has the authority to impose sanctions and send peacekeeping forces.

NOT THE SAME as presiding over.


Certainly we could say that terror organizations do in fact preside over world (in)security, but we would not be talking about Hezbollah.

We think his arrogance and criminal insanity shine through perfectly clearly in the speech, especially when he delivers the more egregious lies with that little head pattern (lower, raise, stare, blink, lie).

In any case, the only reason we listened to this asshole is to find out what he projected as the problems in the world today, and of course we were not surprised to hear the usual litany: Lebanon, Hezbollah, Iran, nuclear weapons, militant Islam, Gaza, Hamas, etc.

OF COURSE he failed to mention the Mossad, and what they may have been doing to wreck the "theory" of how peace actually works. Poor Israel did all these nice things, withdrawing from land that doesn't belong to them in the first place, and they did not get peace in return, but war. So regrettable. So confusing then? Not really. The problem is the same problem everywhere in the world with the out-of-control intelligence and military services playing a video game with real people on the ground, as Netanyahu knows perfectly well, as these people CREATE the REALITY ON THE GROUND that he LOVES TO COMPLAIN ABOUT because it JUSTIFIES WHAT HE WANTS TO DO.


Also, since Netanyahu brings up Gilad Shalit, let's remember that Israel holds over five thousand Palestinian in prison, and has stolen organs from Palestinians in the past.


Count on Bibi to leave out the important bits. 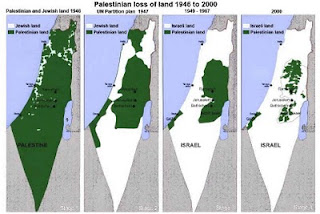 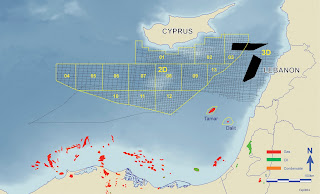 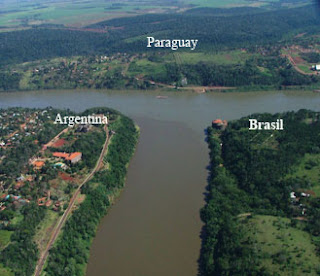 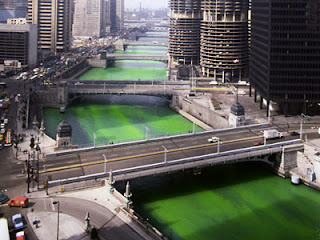 Hi AP dear,
Just wanted to bring this to the attention of you and your readers - sorry, off-topic(?) -
<a href="http://bsnorrell.blogspot.com/2011/09/dick-cheney-to-speak-at-child.html>Dick Cheney to speak (Monday) at Child Trafficking Center Vancouver BC</a>
big respects/love for all you do

hey bho! nice to see you. no need to apologize. that is absolutely chilling news.

"Certainly we could say that terror organizations do in fact preside over world (in)security, but we would not be talking about Hezbollah."

Everything coming from Netanyahu and his friends is an absolute lie, the exact opposite of the truth in fact.

Abbas was a lot better than I thought he'd be, which was encouraging.

"You couldn't make this stuff up"

Netanyahoo's writers must have been laughing their tits off when they wrote that.
And it is a measure of their contempt for the other nations of the world that Netanyahoo could say that to the faces of their assembled representatives.

Nothing new, I suppose.

Thanks AP, for the run down on Nutty Yahoos speech. I couldn't bear to watch him and I only made it about half way through the written transcript of that pack of lies. What an absolute sham.

On the little bit of better news front, there are protests in Vancouver planned for Dick Cheney's visit and calls to have him arrested as soon he steps foot in Canada. (Not that it will happen, of course.)

"PUBLIC BANISHMENT ORDER
Posted on September 15, 2011 by itccs
Issued against the Corporations known as the Roman Catholic Church, Anglican Church, and United Church of Canada

By Elders in Council from the Inuit, Cree, Metis, Mohawk, Anishnabe, Basque and Gaelic Nations under traditional and sovereign Land Law Jurisdiction

As of this day, Sunday, September 18, 2011, your organizations, their clergy and officers, are forever banished from our territories and lands, and your property and wealth are claimed and re-possessed for the use and benefit of all our people.
Your right to operate on our land has been forfeited by your rape, torture, and murder of our children, by your refusal to change and do justice, and by your betrayal of your own faith and public trust.
Depart, Now and Forever

If you continue to operate on our land after September 18, 2011, your clergy and officials will be in a state of criminal trespass and public mischief, and will be subject to immediate arrest and detainment by our Common Law Peace Officers.

We call upon all the members of these churches to honor this Banishment Order by withdrawing their financial and material support for these criminal corporations posing as religious bodies, lest they be found guilty of complicity with these crimes.

This Banishment Order will be enforced through direct, non-violent actions by our people to peacefully occupy the church properties of these corporations, and use them to house the homeless and feed the hungry.
We invoke the Great Law of Peace and the Sovereignty of our respective Nations as we proclaim the Permanent Expulsion and Banishment from our communities of the Roman Catholic Church, Inc., the Church of England, Inc. (Anglican-Episcopalian), and the United Church of Canada, Inc.

Posted at these churches around the world at 11 am, local time, Sunday, September 18, 2011 – Issued under the authority of the Council of Nine Traditional Elders of the International Tribunal into Crimes of Chruch and State – Jeremiah Jourdain, Convenor

That first comment with the Winter Patriot address was me. Duh....

agreed that Abbas delivered the goods. i don't know / have not looked up palestinian reaction to him in particular, but i would think he has redeemed himself somewhat for standing up to all that pressure and making the speech.

agreed also about the contempt oozing from that speech. i read in the comments at youtube that he writes his own speeches. don't know if that's true but wouldn't surprise me.

McJ, i was watching the speech and got about 2/3 through, having to pause frequently for breaks, and then accidentally closed the tab. i did not go back and listen to the last 10 minutes, though i suppose i should or at least read the transcript. he is painful. what a marked contrast to Abbas. the Abbas speech was full of humanity and dignity.

re: the Elders, i came across that the other day and did not follow up. i wonder did anything happen? did anyone respond? or did it just go out into the world and get ignored?

AP - I left an extended comment under James' latest post over at WP's, on the Elder's banishment of the Chrisian churches.
http://winterpatriot.com/node/647#comment-16339
It has a link to an interesting video interview with Kevin Annett. I also embedded his documentary movie 'The Unrenpentant' which is well worth the watch especially for those who don't know the story of the genocide of Canada's indigenous people by the Churches/state.

I will drop in and comment if I hear more on what happened with the Cheney visit. The protest is not getting much coverage that I can tell.

An interesting note is that the Elders statement includes the Gaelic Nations. I know they are working together with people in Ireland and that the notice was posted on Churches in Ireland.