the players know the rules of the game


EU foreign policy chief Catherine Ashton asks Palestinians to please not go to the ICC, even if they get non-member state status.

"Ashton even asked us that if we get non-member state, not to go to the International Criminal Court," said Palestinian negotiator Nabil Shaath said on Monday.

What happens when the narrative is the truth?
The facts on the ground will follow.
They always do.
Has this not been demonstrated with lies enough times?
It works with the truth also.
It works even better.
That's the point. 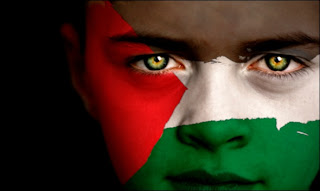 What a brilliant woman. She gets to the heart of the matter...with precision. Great interview!

Haven't seen vid yet as I'm out and about.

' But I thought it was a state!'
'No, that's why they've been fighting for so long'
'Well they're obviously a people so they should have a state'
' The US will veto it'
'The Hell they will!!'

and other indignant realisations. Doubtless a dollop of wishful thinking too.

really good point ferris. no doubt a lot of people have never looked anything up and just accepted the stories fed to them, so they have been assuming the Palestinians are unreasonable, and this could be an aha moment. that would be good. we are ok with wishful thinking. it can't hurt.

i considered changing the pic of the boy after reading your brilliant post. this case seems to be photo-shopped ink. he has beautiful eyes though.

AP ever wonder if the current POTUS is part of
some alchemical processing- he being in opposition
to Israel and the Republicans almost apoplectic
in their support of Izzy. A spell cast on the rest
of us to fear for that Mid-East oasis of democracy so
we'll vote in another Republican - guaranteeing
more empire building ?
Nah - must be my imagination running away with me.

What does Israel have on the USA that our government caves in to their demands?....the dominance of one soul over another can never end soon enough!

Great post and great video! Things are going to get interesting here in the next couple days. I just hope the PA doesn't sell out or cave in on the Palestinian people.

Dave i don't think it's your imagination. it's all kabuki, they're all playing the game.

check out this pic of that assclown perry. note the filial on top of the flag in the back of the room. this is a press conference?

here's another pic of settlers being their usual charming selves.

we'll see what happens people. the truth comes out. it always does. it might take a while but when you least expect it, there it is.

I haven't got round to watching the linked interview yet. However I did listen to Azaziah (who I respect) on TUT ( http://theuglytruth.podbean.com/2011/09/18/tut-podcast-september-18-2011/ ) roundly condemning Abbas and the whole UN statehood ploy. His contention is that it will merely reinforce the status of the W.Bank being a 'Bantustan', Gaza will be left out in the cold and the many Palestinian refugees will lose the right to return. Interesting interview and perspective. I'll watch yours tonight.

Ok, I've just watched the interview and she's a very smart lady. Seen her before quite often and always impressed. Something that gives me pause though is that she refers to the Arab Spring and to the Holocaust as if they were real events as per the narrative. Surely she can see what's been going on in Libya and elsewhere?

AP, gorgeous prose mate. Why aren't you over at the haiku blog?

hi freethinker,
Azaziah may be right, maybe. however that does not account for the panicked reaction and the diplomatic push to derail this motion, per bibi 'talks are the only option' netanyahu, as well as obama. if it was such a bad thing for the palestinians, team US and Izzy certainly are doing a good job making asses of themselves for nothing.

W Bank is already a bantustan, and no one has exercised a right to return, and Gaza is out in the cold, so i'm not seeing what they really have to lose. but i haven't listened to the interview. in general i find the defeatist attitude of guys like this not helpful. not to be naive however. certainly Abbas has proven himself to be a tool. and i thought he would have for sure led the palestinians into a trap. however it seems to be playing out that he is not caving under pressure. so either it's all kabuki (possible), and they want it all to go through, or it's not going how they want.

who can really say? i think their behavior is so pathetic it speaks for itself, that they don't want to cede the narrative territory. they don't want Abbas to make the speech. once he makes the speech it is out there, just like in a courtroom when someone blurts something out and the judge says to 'strike the record' well it's too late. imo this is what they are trying to avert, this information going on the record and percolating through the atmosphere, because of course it makes sense. it will make sense to people who are fair minded, which is a lot of people. they lose control of the handle they are using to manipulate events. the truth is very powerful. they know, realistically, they have no chance once people start to become aware of the facts on the ground.

thus they are torn between trying so hard to get Abbas to stop; and yet i think we will see this issue drop now because they don't want to keep calling attention to it. they are fucked, either way.

it couldn't happen to a nicer bunch of psychopaths.

hey nobs, it was just formatting really. i could have written it in a paragraph but i was in a mood to punch, so i did it like this. the things you can do with colors and bolding and size and hard returns, underlines italics and *s, and CAPS. you guys know me, i'm all over that stuff. i talk with my hands. when i write i need the accoutrements to be understood, so i can write like i speak.

i will come visit your haiku blog, right now in fact. i love the haikus.

freethinker, just realized i did not yet respond to the references that the woman made in the video. i noticed it too, and it seems that people have to make these little "nods" to TPTB. i find it disappointing that people do so, but they do, over and over again. and she absolutely did that. there must be a reason that they do that. either they believe these things, like the Arab Spring being a genuine grassroots movement rather than a spook-infested organized murder spree, or they reference these events to delimit the conversation. meaning, i'll go *this* far but not *that* far.

probably it it done to appear "reasonable," ie: not one of us the conspiracy nutters. reasonable people can have important jobs. nutters can not, unless they are playing terrorist on the payroll. i feel it is done as a sort of inoculation, as though if a person is making challenging statements, that person had better demonstrate a certain bare level of allegiance or they may find themselves prey in open season. i don't know how else to take it, how such intelligent people can cite these things except as some sort of self-preservation ritual... ? this is the problem of being in any way inside the machine, having any position of authority, even in a "non-state entity." it comes with a price.

Well said AP. Distinct and straight to the point.

It will be a fitting irony when these evil fuckers go down.

hey McJ, i will cherish every moment of them getting what's coming to them. i can see them getting tangled up in their own lies. it's just a matter of time.

Intermittently over the years I have watched this woman talk. She has always nailed the point of what she wants to achieve. I like her as if she was a wise aunt. I know that may seem patronising but I do not diminish her contribution. I have known a similar woman in my own past and she is a true role model. I’ll leave it at that. She’s in my good books.

I greatly hope this marks the beginning of the end of Palestinian suffering. Considering their enemy it is a colossal, unfair fight.

The US admin is a lapdog. Thankfully time is running out for them. Interesting times ahead mon ami

you're right C. i find it frustrating to hear these poison references but it is part of realpolitik.