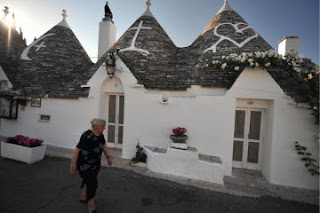 UNESCO stands for United Nations Educational, Scientific and Cultural Organization. "Building peace in the minds of men and women."*

*Some restrictions may apply?

The Palestinian Authority has won a first diplomatic victory after the country gained initial approval of a bid for full membership in UNESCO, the United Nations Educational, Scientific and Cultural Organization, a move deemed "inexplicable" by the United States....Membership would allow Palestinian officials to seek the protection of Palestinian historical sites by the cultural organization which is in turn set to create further tensions with Tel Aviv given some of them are in territories annexed by Israel.


Palestinians wanting membership in UNESCO is "inexplicable" to the United States. Hillary Clinton is "confused."

"I found quite confusing and somehow inexplicable that you would have organs of the United Nations making decisions about statehood or statehood status while the issue has been presented to the United Nations," she said. Before adding "the decision about status must be made in the United Nations and not in auxiliary groups." "Unfortunately there are those who, in their enthusiasm to recognize the aspirations of the Palestinian people, are skipping over the most important step, which is determining what the state will look like, what its borders are, how it will deal with the myriad issues that states must address" she also explained.

It's inexplicable and confusing to us that Hillary Clinton does not realize that it is ISRAEL who refuses to declare borders since 1948.

And there are some other ladies who have a thing or two to say about this: Kay Granger and Ileana Ros-Lehtinen. These ladies are very angry.


Proving the U.S. is willing to take further actions to prevent the move, US Republican lawmaker Kay Granger, who chairs the subcommittee in charge of US monies for diplomatic purposes threatened she "will advocate for all funding to be cut off", if UNESCO accepted the Palestinians in as a state.
Her comments backed those of the chairwoman of the House Foreign Affairs Committee, Ileana Ros-Lehtinen, who had Tuesday urged the administration to "make clear that any decision to upgrade the Palestinian mission's status by UNESCO or any other U.N. entity will lead to a cutoff of U.S. funds to that entity."


The US checkbook to ALL OF UNESCO will snap shut if that body accepts the Palestinians as a full member....?

Ooh dear that seems like a bit of Collective Punishment action. Geez. Calm down.

The Palestinians have held observer status in UNESCO since 1974, and every two years they have applied for full membership. And this week the executive board of UNESCO voted in their favor. Forty of the 58 executive board members voted in favor of the Palestinian state having full membership, and now the matter goes to the general conference of UNESCO, meeting at the end of October, where a two-thirds majority will result in membership.

This is clearly a matter of great consternation, because it is one thing to protect little wooden churches in Krakow, Poland, and little stone cottages in Puglia, Italy; and it is another thing entirely to protect sites in OCCUPIED Palestine, such as in Hebron, Bethlehem and Jericho, in the West Bank. If there are going to be UNESCO World Heritage Sites in the Holy Land, they better all be under Jewish control first... ?

"The tragedy is that this hampers UNESCO from doing its real job... A relatively small minority is hijacking the organization for other purposes."~ Israel's ambassador to UNESCO, Nimrod Barkan said, apparently without irony

How is this hampering UNESCO from doing its real job of protecting World Heritage Sites? What an inexplicable and confusing thing to say.

“This is not going to create a state for them. It is going to make things harder … It further exacerbates the environment of tension.” ~ U.S. State Department spokeswoman Victoria Nuland, who is Jewish of course, like so many people at the US State Department


How does this make things harder and further exacerbate the environment of tension? What is she talking about? UNESCO is about building peace in the minds of men and women, right? It says so right on their damn webpage.

Barkan said he hoped there would be time between now and the General Conference to “undo” the decision, arguing that there was no such entity as Palestine.

What an ignorant thing to say. Palestine has existed as a place from thousands of years BC.

Perhaps the most unfortunate choice of words came from Ileana Ros-Lehtinen. We have noted many times here how she has a narrative gold star on her forehead.

Look what she says:

"Feeling that their efforts at the U.N. Security Council will fail, the Palestinian leadership is shopping around the U.N. system for recognition. It is deeply disappointing to see UNESCO, which has reformed itself in recent years, poised to support this dangerous Palestinian scheme. The U.S. must strongly oppose this move."~ Ileana Ros-Lehtinen

Maybe Ileana Ros-Lehtinen should ask some Israeli settlers, who like to spray "price tag" graffiti on Palestinian buildings. 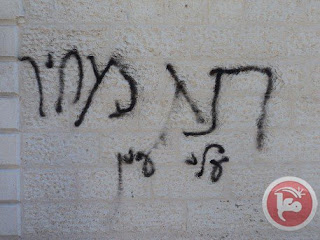 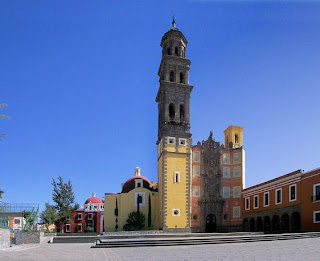 Israel, the USA, the UK and France should be expelled from the UN.

"i love how Ynet talkbacks always gush with jewish hatred

it makes me feel angelic to be a palestinian :) "

A Peasant, hacking her way through the underbrush, never disappoints. (an unintentional haiku, damn you Nobody!)

Great post, AP. You really highlight the anguish of the usual suspects that some semblance of justice might eventuate. That they might lose control of the narrative and then much more.

I think it highlights that this tussle is as it appears to be and not just another orchestrated piece of hegelian theatre. The "People of The Lie" are on the backfoot for a change.

they are shrill, aren't they?

Oh, my. Look at the Romney campaign's choice for Foreign Policy Advisor:

A Fox News Pundit AND a Zionist activist: "Kill a Palestinian, and you shall enter Heaven". Wait - maybe I'm being too judgmental; it IS kind of catchy if you sing it to yourself a couple of times. That'd make a hell of a campaign slogan, Mitt!

I can't see what could go wrong with that.

aha! we have written about him.

he deals in lots of juicy narratives, in particular the ones that lay the groundwork for future scenarios, so that when something happens the experts can quickly connect the dots for us back to their terrorists of choice.

i had heard that all the big money was going to romney. this confirms that he is the serious candidate.