The final Intelligence product was of huge importance to the decision makers in London and Washington, as it allowed them to plan and shape their policies with the immense advantage of near real-time flow of accurate information from the political arena as well as the battlefield. http://cryptome.org/2012/01/0060.pdf

If you are familiar with the "Rule of Law," you understand that helping someone to commit crimes can get you in lots of trouble. It is called being an accomplice or an accessory. And this is exactly what Team NATO + Israel are doing by supporting the terrorists aka the Free Syrian Army. They are helping them to murder people in Syria. This is so damned obvious it hardly merits saying, but we have to say it because liars run the show, so it's important to state obvious truths for the record.

The Sunday Times claims that MI6 is helping the anti-Assad forces launch attacks on Syrian forces.

If they are helping the anti-Assad forces to launch attacks, that is lethal assistance. But they spin it as "nonlethal" because we are only talking about things "such as communications equipment." $25 million worth just from the US. That's a lot of walkie talkies.

Washington (CNN) -- President Barack Obama has signed a covert directive authorizing U.S. support for Syrian rebels battling President Bashar al-Assad's forces, U.S. officials told CNN on Wednesday. The secret order, referred to as an intelligence "finding," allows for clandestine support by the CIA and other agencies. It was unclear when the president signed the authorization for Syria, but the sources said it was within the past several months. ...Exactly what type of support the finding authorizes is also unclear. The Obama administration has ruled out arming the rebels for now, providing only nonlethal assistance, such as communications equipment. ... Diplomatic sources have also said the United States is providing intelligence on Syrian troop movements, which is then passed to rebel groups. ...The State Department said Wednesday the United States has set aside $25 million for "nonlethal" assistance to the Syrian opposition, with another $64 million in humanitarian assistance for the Syrian people.


On Friday, British Foreign Secretary William Hague offered nearly $8 million to the Syrian opposition that would be spent on the purchase of communication equipment including mobile and satellite phones as well as radar equipment. Mr. Hague said that the transfer of communication hardware would “help political activists overcome the regime's communication's blockade and ensure their message gets to the outside world".

The $8 million for equipment is presumably in addition to the intelligence provided by the British Sovereign Bases (high tech communications centers) in Cyprus, which have been in place for decades.

The Cryptome document gives us a good idea of the capabilities at the UK base in Cypress. A good link to click through and read. (Thanks to Marie over at Penny's.)

We are talking about a state of the art facility collecting intelligence from a vast swath of the planet. The capabilities of the Cypress SIGINT facilities are top of the line. And given the strategic importance of this operation to Team NATO + Israel, we must assume they are providing the best intelligence they can, which would be the best intelligence money can buy.

As a matter of fact, Germany also helps by having a spy ship sail along the coast of Syria, proudly passing on more top of the line intelligence to overthrow Assad.

BND agents are also stationed in the Turkish NATO base in Adana.From there, they listen to telephone calls and radio traffic from Syria. In addition, the informal contacts with sources in the immediate vicinity of the Assad regime is maintained. ”No Western intelligence sources in Syria has as good as the BND,” said a U.S. intelligence official.

Seems they are throwing everything they got at this problem, and at this point, they just outright admit it.

Somehow they have failed to overthrow Assad yet. From a comment by Hans at Penny's: Lavrov worries about US intentions for Syria:


The West with their (P)GCC lackeys are in a panic mode. Their gamble on a massive attack on the Province of Latakia (with huge support by German and British intelligence) proved a failure. The presumption was that the people would rise up and support the FSA, in fact the direct opposite occurred the FSA were cleared by local militia (Sunni, Armenian, Christians), local police and army units. Iran has a naval base in this province. This post was set up to monitor British (Cyprus) and NATO (off shore Mediterranean) communications, from the rout the FSA and it's Libyan backers received it looks like the Iranian intelligence might have broken the secure encoded communication between NATO, Israel and the FSA rats. This whole area is very important to the occupation of Syria, it has failed miserably.

We agree. When you consider what "nonlethal" assistance really means in this context, and that does not even touch the actual "lethal" assistance provided, we have to wonder how they have managed to fail. Something appears to be wrong with their feedback loop. 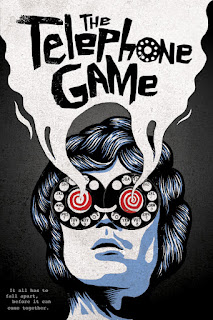 That's the good news. The bad news is they are now bringing up the chemical weapons. Things must be getting desperate for Team NATO + Israel. Key bits:

Western countries and Israel have expressed fears chemical weapons could fall into the hands of militant groups as Assad’s authority erodes.


Israel has said that if Syrian-backed Hezbollah guerrillas used the situation to take control of the weapons, it would “act immediately and with utmost force.”


...The Global Security website, which collects published intelligence reports and other data, says there are four suspected chemical weapons sites in Syria: north of Damascus, near Homs, in Hama and near the Mediterranean port of Latakia. Weapons it produces include the nerve agents VX, sarin and tabun, it said, without citing its sources.

They always telegraph what they plan to do before they do it. Presentation 101. Dale Carnegie: "Tell the audience what you're going to say; say it; then tell them what you've said."

IMO what has stopped the overthrow, or slowed it, or forced the hand of US and Israel has been the ordinary Syrians.

I have said it repeatedly at my place

They are with it. They are savvy.
They have seen what happened when the US brought democracy to Iraq, Libya, Egypt, Tunisia and have long witnessed the brutality of the Israeli occupation.

Keeping in mind Syria is a country filled with refugees

They (Syrians) have supported the military who are their family members.
Largely secular they do not want these religious jihadis backed by the west running the country

Much is at stake

yes Pen, that is a truly a huge piece of it. the Syrians deserve the lion's share of the credit for keeping their own country together. they are doing what it takes.

check out my latest, cause it looks as if something is up

"Operational Mechanism" talks ongoing
NO press
This lines up nicely with obama's red line warning re: boots on the ground

I value your opinion, come and share it
James too!

Many thanks for the link.

Hi there, thanks, good post, and blog! I like the 'I run my own damn think tank!' line!

Hi Marie, welcome and thanks. I hear you are close to the action.