They are not dramatic. They are pernicious. Most psychopaths are subtle. They are more like poison than a knife, and they are more like slow-working poison than cyanide....So what bullies usually do, they start and stop, start and stop. That achieves the maximal stress syndrome, and this is the great secret of bullying. Never overdo it. Small doses. The victim will do the rest. ~ Sam Vaknin, psychopath

See: and one day the owner came home and was gravely disappointed
See: the social engineers


Carne Ross, a British diplomat to the UN who was responsible for Iraq in the runup to the invasion, said intelligence was "massaged" into "more robust and terrifying" statements about Saddam's supposed WMD.

In evidence to the Chilcot inquiry, which heard that the Foreign Office had objected to the release of documents that he wanted to disclose, Ross said: "This process of exaggeration was gradual and proceeded by accretion and editing from document to document, in a way that allowed those participating to convince themselves that they were not engaged in blatant dishonesty."

...In an example of what he called a process of "deliberate public exaggeration", Ross said the government in March 2002 sent the parliamentary Labour party a paper that included the claim that "if Iraq's weapons programmes remained unchecked, Iraq could develop a crude nuclear device in about five years".

He said the government's real assessment was more or less the opposite: that sanctions were effectively preventing Iraq from developing a nuclear capability.

The statement to the PLP was "purely hypothetical", said Ross, "and was true in 1991 as it was in 2002; there was no evidence at either point that Iraq was close to obtaining the necessary material". A senior Foreign Office official sent a minute to an adviser to Jack Straw, the then foreign secretary, warning about the discrepancy in the memo to the PLP. But, Ross told the inquiry, the official was ignored.

WSJ (high-end social engineering rag): Why hasn't Israel bombed Iran (yet)?, by Bret Stephens, former editor-in-chief at the JPost, via the Truth Seeker

1. Israeli military planners have concluded that any attack would be unlikely to succeed (or succeed at a reasonable price). "But this analysis fails to appreciate the depth of Israeli fears of a nuclear Iran, and the lengths they are prepared to go to stop it." EVEN THOUGH THEY HAVE NO EVIDENCE THAT IRAN HAS A NUCLEAR WEAPONS PROGRAM.

2. Israel needs more time to improve its offensive and defensive military capabilities, (ie: to suck dry the US taxpayers.)

3. Netanyahu and his cabinet can't agree what to do (and who will be blamed if something goes wrong.)

4. And something might go wrong. "This is an unenviable position, and Israel's friends abroad would do well to spare it easy lectures. Iran is not Israel's problem alone. It should not be Israel's problem alone to solve, to its own frightful peril." EVEN THOUGH THE "PROBLEM" OF IRAN IS ENTIRELY ISRAEL'S INVENTION BECAUSE IRAN THREATENS ISRAEL'S HEGEMONY IN THE MIDDLE EAST. 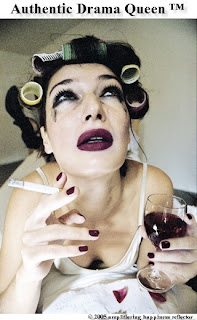 There is a fifth and final reason that Israel hasn’t yet struck at Iran. Despite his impressive record as a journalist, Bret Stephens seems unable or unwilling to acknowledge that Israel has yet to persuade its “ally”to do the job for them.

America’s reluctance to strike Iran can largely be attributed to elements in its military command. But that could change, particularly under someone like Patraeus, who seems to have presidential ambitions.

So while at a stretch it might just be possible, a unilateral strike on Iran would prove very costly for Israel. Indeed it could prove disasterous and rather than face the consequences alone Israel wants the rest of the world to help pay the price.

If only subliminally however, the above does at least prepare readers for the prospect of conflict with Iran. 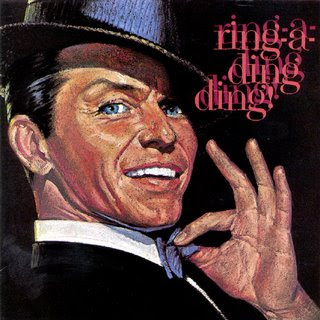 (image from ani-slowa-wiecej.blogspot.com)
Do you see a process of deliberate public exaggeration, just like in the lead up to the Iraq war?

Do you see the starting and stopping? The threat advancing and receding? Month after month, year after year.

Do you see the actual facts of the situation diametrically opposed to the breathless claims justifying war?

Softening you up. Confusing you. Conditioning you. That's the point.
Posted by A. Peasant at 4:05 PM

Cheers AP. I feel that we have been mentally prepared for this like Pavlov’s dog.

Apart from the unimaginable horror that awaits this event we are witnessing a multi-generational transition. It has been long planned and mercilessly executed. Just like the 6 million number that has appeared twice before, guess how many of the “chosen” tribe reside in that fair land? Once, twice, three times a patsy. The back room no longer needs their fifth force and is prepared to play the field.

The hands that move this atrocity care nothing for any of the victims. It is as you suggest in the article “Never overdo it. Small doses.” The drip, drip of articles will do the job.

Come what may the Sun will rise and the birds will sing – for the most part. Remember that love is stronger in the long run but it won’t make you money. Goodnight and may your God go with you.

yes, people will blithely send so many other people to their deaths, and millions will stand aside and watch the whole thing unfold and have the lies exposed before hand, and they will do nothing.

and the birds will sing somewhere in the morning.

Lovely post, AP!
They think they got it all under (their) control. Typical advanced stage of terminal dementia.
Love the authentic queen, eewww.
-respects
wv - twing!

haha, thanks bho. isn't she perfect?

"Belgian queen receives wave of death threats"
Hmmm. Are there some dots to be connected here? Just wondering.

I am trying not to steal that pic peasant for my photo bucket! I already have the Lucien Conein guy with the bush hat and cigarette. I laugh every time I look at it.

That that misunderstood queen is tempting though.

I promise I am going to try and stay away from religion and make on topic comments.

go ahead and take it dubs!

and thank you for staying on topic i do appreciate it...

You are the best peasant, don't mind me. Everybody tells me I tend to wander! LOL There is so much going on.

You are the best peasant, don't mind me. Everybody tells me I tend to wander! LOL There is so much going on.