getting away with murder

We think these people are rather common, perhaps roughly one in twenty persons. For the most part, these are simply the assholes we all have to deal with. It behooves us to recognize them and know how to deal with them.

Some of these people possess enough intelligence to rise to powerful positions from which to abuse large numbers of people. In his page titled The Types of Evil Personalities, R. Canup posits that the evil person of above average intelligence perceives an opportunity:

These people have a similar goal to evil people of average intelligence; the production of human misery. However these people see the opportunity to do something that evil people of normal intelligence don't see how to do; murder someone and get away with it. They understand that the way to murder someone and get away with it is to not care who they kill, how they kill them, or when they kill them. Such people set up conditions where someone will be 'accidentally' killed and wait for the circumstances to occur.

An excellent example of this occurred at the Vancouver Olympics, when a luge athlete crashed and died on a course designed and marketed for it's high speed. After the athlete died, an accident that should have been foreseen and prevented by those who designed and built the course, nobody seemed to be responsible because accountability had been compartmentalized. See: teaching moment.

“ The error wasn’t in designing a difficult, fast course - the error was in failing to ensure that, at any given point on the course, a crash would NOT result in a head-on collision with a solid piece of metal. That error made the difference between injury and instantaneous death.” - comment at article


"That leaves us those who are evil and of high intelligence. Most good people are also familiar with these kind of people; we call them leaders - both of industry and of government.
It is the goal of such people to get away with mass murder."
~ R. Canup
^^^^^^^

How would people go about getting away with mass murder? Very carefully. Patiently.

See: and one day the owner came home and was gravely disappointed

"So what bullies usually do, they start and stop, start and stop. That achieves the maximal stress syndrome, and this is the great secret of bullying. Never overdo it. Small doses. The victim will do the rest." ~ Sam Vaknin

The evil are patient. Evil people in positions of power have many tools at their disposal to murder people. But they still have to do lots of planning and be patient in order to get away with it.

If you take this sort of thinking, this type of understanding, and apply it to what is happening in the world, you can begin to grasp the scope of the evil around us. If you understand the sorts of things kept secret, such as technologies and agreements, even if you don't know the specific things themselves, you can begin to grasp what is going on, realizing that evil people would like to kill as many people as possible, and get away with it.

They have been succeeding.

Has anyone of consequence been held accountable? No.

That also takes many naive people who watch the news and fail to notice things and connect dots. For example, doesn't it seem that after every disaster, aid fails to reach the people in need? Does anyone question how this can be, how the learning curve for post-disaster management remains inexplicably steep, time after time?

Look at the situation in Pakistan after the incredibly unfortunate floods that were somehow, inexplicably, not forecast. CNN reported yesterday that the aid is failing to reach the victims.

There's no mechanism for distributing the aid? How can that be after all the disasters?

People are embarrassed to be treated like animals, without human dignity. Where does the aid go?

After watching an aid truck arrive, government rangers organized the people and the people wait patiently. But then the truck just drives off. No explanation. Dr. Sanjay Gupta is incredulous. He asks Cmdr. Faisal Shah of the Pakistan Navy Marine Corps, who is tasked with feeding 20 million people, what is going on. His answer:


"People are desperate, but there are also people who have been very well fed. And I believe that most of them are being fed regularly." ~ Cmdr. Faisal Shah
But very obviously, that's not true. The Commander believes that most people are being fed regularly, in spite of all the evidence otherwise. Does anyone challenge him or hold him accountable? Are many more people going to die in Pakistan because Commander Faisal Shah BELIEVES that they are being fed, when they are not? Are we to be compassionate to Commander Faisal Shah because he is mistaken? Because he's only human? Does he not have the resources to obtain better information? Is it just some more of that pesky "human error" or "incompetence..." ?????

Or have instructions been given from the top to DENY aid to people, as seems to be the case based on the FACTS ON THE GROUND?

And CNN doesn't tell us where the aid trucks actually go -- the ones that drive into town to MOCK the starving, desperate people, and then drive away under government control. We don't learn what happens to the aid. The mystery remains unsolved. We are left with the feeling of helplessness, hopelessness, watching people die in slow motion. Knowing some of them will surely die, and no one seems to be in any position to do a thing about it.

Do you believe this is all by accident?


The authorities and talking heads have a word that they throw around at such times, with suitably pained expressions. It's called Regrettable.

See: Acts of God? Depends on who you worship.

Is this also happening in the United States?

With neighbors unaware, a toxic spill went unreported at a Texas BP plant in April and May 2010, during the Gulf disaster.

“BP does not believe there is any basis to pay claims in connection with this event.” ~ Michael Marr, BP 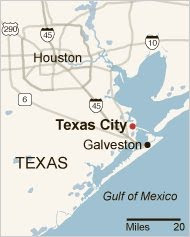 Benzene, which is classified as a Volatile Organic Chemical (VOC), was detected in Louisiana at a level that is almost unfathomable. On April 30, 2010, the Benzene level in the air was recorded at 3,084 parts per billion. On May 2, 2010, it had risen to 3,416 parts per billion. [Source: http://www.southernstudies.org/2010/05/air-tests-from-the-louisiana-coast-reveal-human-health-threats-from-the-oil-disaster.html ]

The chemicals spewed forth for 40 days, until May 16th. Look up Galveston, TX and Venice, LA on a map. Could the chemicals from the plant have traveled that distance during 40 days and been part of the readings in Louisiana, blamed on the spill in the ocean, compounding the problem, compounding the confusion? Was that intentional? Is that one reason why the BP "accident" in New Texas went unreported? 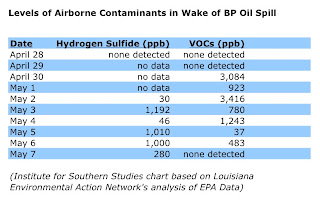 ^^^^^^^
World Vision Portal reports on the possibility of Corexit + bacteria leading to mutated viruses.
Benzene is a chemical mutagen. It can cause DNA damage.

Human exposure to benzene is a global health problem. Benzene targets liver, kidney, lung, heart and the brain and can cause DNA strand breaks, chromosomal damage etc. Benzene causes cancer in both animals and humans.

Pure benzene, for example, oxidizes in the body to produce an epoxide, benzene oxide, which is not excreted readily and can interact with DNA to produce harmful mutations.

Sometimes health problems take time to develop. Causation can be difficult to prove as time goes by.

Many people who worked the 911 site have since died of cancers and other diseases.

"Almost all of the Exxon Valdez oil spill workers are dead."

Many people working and living around the Gulf have reported illnesses.

The Gulf of Mexico is full of bacteriophages, a diverse group of viruses abundant in the oceans. World Vision Portal explains that the bacteriophages can easily mutate in the presence of Corexit and benzene.

Could a deadly virus result?

Or perhaps people will simply develop cancers and other illnesses? 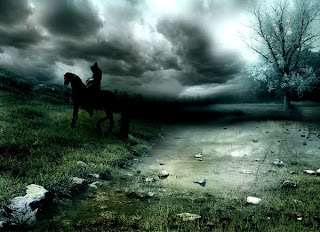 image source
Posted by A. Peasant at 9:53 AM

Powerful, AP. Such evil is so hard to fathom even when it is in your face like you have shown here so well.

It's like we are all being stalked by the powerful and the psychopathic who have the full use of our governments to aid them and cover for them. I guess there is no "like" about it; it's reality

yes. we are. people need to stop with the learned helplessness and start thinking critically.

I can't think of the word needed to describe what is so far beyond 'hypocrisy'....

i don't know the word either bho. beyond hypocrisy. beyond evil. maybe we should think of time as BC, CE and now... BE. Beyond Evil.

Great article A.P. – if that’s the correct way to describe it. I guess the stakes in the ‘great game’ don’t get any higher do they?