In the beginning we talked about the narrative.

We noticed lots of message control, and the usual suspects, and corruption, and things that didn't look right.

We noticed connections to Iran, and the peak oil crowd getting involved.

Then Israel attacked the Mavi Marmara.

a mockery of life - Friday June 4

But BP has connections.

We talked some more about the drugs in Afghanistan, Kyrgystan, and the Mavi Marmara.

Obama made a speech. He characterized the fight against the oil spill as war.

one for all and all for one - Wednesday June 16

We talked about social engineering and the attacks on families.

We talked about the scandals in the Catholic Church, the crimes against children, the pedophilia.

We talked about Corexit. We took some shit for bringing up the Jesuits like they're some sacred cow.

We asked where is the aid concert for the people of the Gulf.

We noticed more chicanery and possible disinfo to discredit people who claim the situation is very grave.

We saw more corruption and connections.

We saw the link to cap and trade.

Then we saw everything magically get better!

All manner of apocalyptic scenarios were running through my head that morning when by chance I received a very strange message that pointed to a less fantastic but equally horrific explanation. It was a text message that had been sent on a borrowed phone to a man's wife (according to the person who forwarded it to me) a man who had just returned from what many are now calling the "Death Gyre." The message was e-mailed to a family friend who posted it on Facebook and it has since been recirculated. Here's the text (you will notice a few colloquialisms that are specific to Bayou talk) so read through the lines, and forgive the misspellings:


I have to write this mail on a new cellphone because they have taken our phones off us. people dont know how bad this oil is.. im working in the cleanup operation and we've all has to sign a legal paper that stops us from talking to anyone. im onshore now and cant tell you where but ive just finished a very long shift in the gulf and textin this....fast as i can. the military are watching us dolphins whales, seabirds fish are all floating dead on the surface of the water.. see more.. see more...boats helicopters are scooping them away dead and dying... Whales are being exploded by the military cause they cant be carried. dead bodys as far as the eye can see air smeling of benzene ..weve seen birds fall from the sky. workers falling sick we think some workers have died. my friends are hard oilmen it was ok to at the start but now we cry. dead sea life is as big as genocide you wont imagine

Since no one has yet been able to get this individual to go on record (and the Facebook post was eventually taken down) this can't be taken as hard evidence, but it does beg the question ... just how many animals have died because of the worst oil spill in U.S. history?

...Is it possible that a massive cleanup operation in early June was focused on collecting dead animals out at sea in naturally forming "death gyres?" According to marine toxicologist Riki Ott, such gyres of dead and dying animals were common for weeks after the Exxon Valdez spill. And we know that BP was doing everything in its power to keep dead animal photographs out of the press. Kate Sheppard and Mac Mclelland of Mother Jones documented several instances of BP actually barring photography of dead animals on public beaches.

I received two firsthand accounts indicating that some sort of processing operation was taking place - one from Alabama (a rig operator contracted to work in an abandoned Navy yard) and one on Grand Isle - both reporting the construction of highly secured, nearly militarized ports that had been converted into "waste processing" areas.

EPA head Lisa P. Jackson mentioned on her Twitter feed June 11 feed that she was visiting a shipyard "...where the waste is managed." What exactly was the waste being processed? If it was just oil-soaked boom and contaminated sand bags, where were all the photo opps demonstrating BP's awesome progress in cleaning up the oil? It wasn't adding up. Then I got an e-mail with some interesting photos that were uploaded to Citizen Global, a crowdsourcing news platform, on their Gulf News Desk.

It was a firsthand account by an individual working in the Gulf, who reported...


... receiving unconfirmed confidential reports that BP is withholding information about fish kills including that of sperm whales, whale sharks, Blue-fin Tuna and other marine mammals. (...) Following up on these leads, recently I flew over the staging areas where the reports allege that BP has been engaged in these secretive operations. What I saw from the air over Shell Beach and Hopedale, Louisiana was what seemed to be military protected staging areas where whales could potentially be brought in from offshore, processed under huge white tents, then carted off in trash trucks owned by a collaborative of oil companies, including BP. I'm deeply concerned that BP has the power to put in place restrictions on... access to certain areas of the ever-growing BP drilling disaster location and will continue advocating for a change in this policy.

Evidence? We ain't got no stinking evidence. 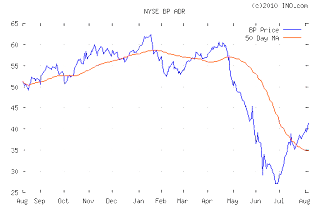 I would be giving the water a test here also.

Re: Pakistan - from BBC:
"The UN has said that Pakistan will need billions of dollars in aid to recover. [how did that work out for Haiti? as promised?]

Meanwhile, charities with links to militants have been delivering aid to thousands of flood victims, as they did during the earthquake that devastated part of Pakistani-administered Kashmir in 2005. [you mean those BAD GUYS?]
respects

notice they lack creativity. it's just the same stuff recycled over and over again.